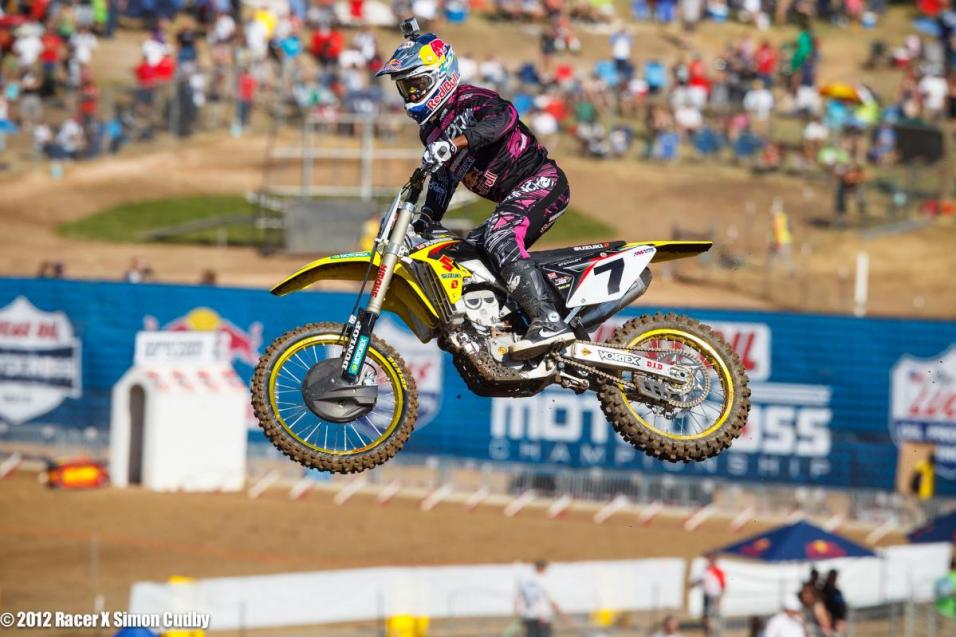 The action is under way here at here at the FMF Hangtown Motocross Classic, presented by Coors Light, and it’s shaping up to be a great day of racing. The sun is shining, a large crowd has already settled into the hills surrounding the track, and as always, the Dirt Diggers have prepared an excellent racing surface for the opening round of Lucas Oil Pro Motocross.

Speaking of the track, the layout is similar to how it’s always been, with a few minor changes. The start stretch is considerably shorter than it’s been in the past, and the final section of the track has been changed so that racers cross the finish line jumping toward the grandstands, instead of away from them. A lot of the guys seem to be having a tough time figuring out the fast line through a short whoop section several turns before the finish line, and the area could end up being a hot spot for passes. The track is a little dryer than last year, which should result in a track that’s slightly less choppy. That said, the track is still very rough, and will continue to get rougher as the motos progress. 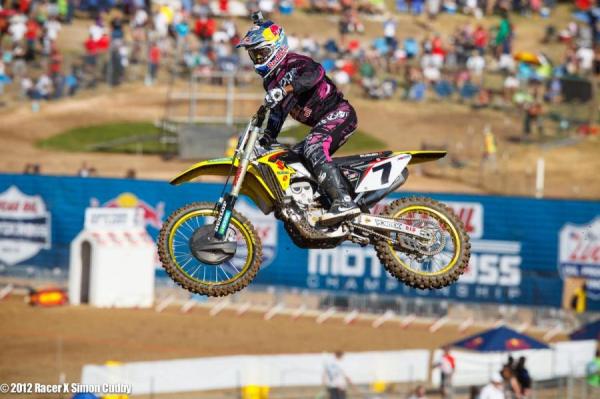 Stewart threw down the fastest lap of the day with a 1:58.579.
Simon Cudby photo

Be sure to keep checking Racer X Online and follow us on Twitter, @racerxonline, for updates from Hangtown, all day long.