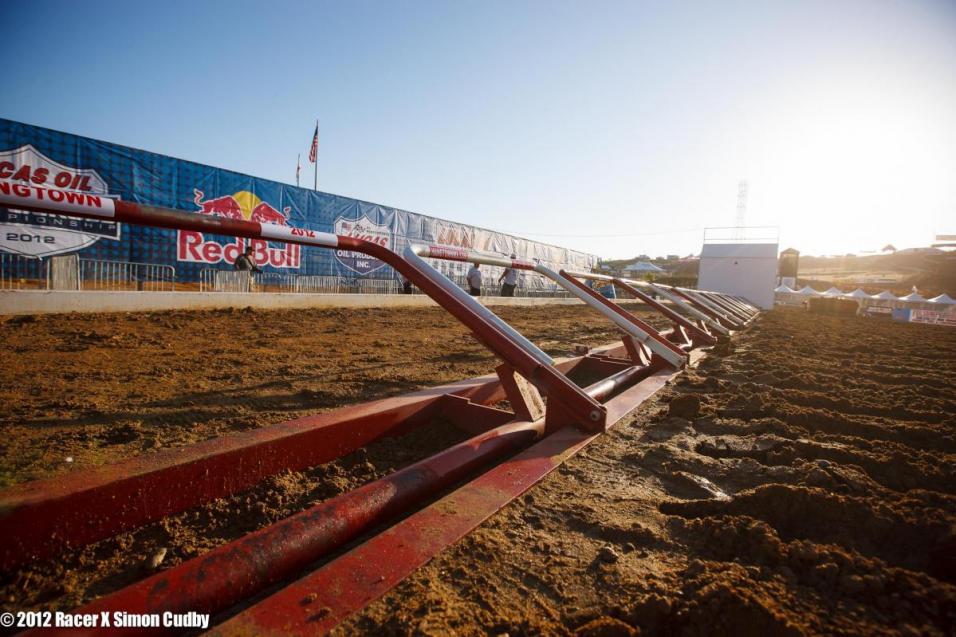 He’s back! After a three-year layoff (excluding a one-race effort in 2010), James Stewart made his triumphant return to the Lucas Oil Pro Motcross Championship with a resounding opening moto statement, quickly silencing the critics with a commanding moto 1 victory.

Chaparral Honda’s Andrew Short got a leg up on the field, grabbing the opening moto holeshot but was quickly amassed by Stewart. From there it was the James Stewart show, as he quickly opened up a sizable lead over the field. With Stewart running away, 2010 Champion Ryan Dungey was trying to regroup after getting buried mid-pack on the start.

Behind Stewart the battle for second was in full effect. Stewart’s former JGR running mate Davi Millsaps, and current Yoshimura Suzuki teammate Brett Metcalfe locked horns with Andrew Short early in the moto. Metcalfe made a quick charge to the front, getting by Millsaps and Short, but was run down late by a rejuvenated Millsaps. Meanwhile Dungey was slicing his way through the pack, picking off one contender after another. Dungey worked his way up to third as the first moto came to a close.

Brett Metcalfe rebounded from a sub-par SX season with a fourth in moto 1. Andrew Short slid back to fifth after running in second early in the moto. Broc Tickle, Mike Alessi, Tommy Hahn, Josh Grant and Jake Weimer would round out the top-10.

- 39-year-old Ryan Hughes’ return to racing began on a rough note. Hughes would crash twice before pulling off. Ironically he would finish the moto, you guessed it, 39th.