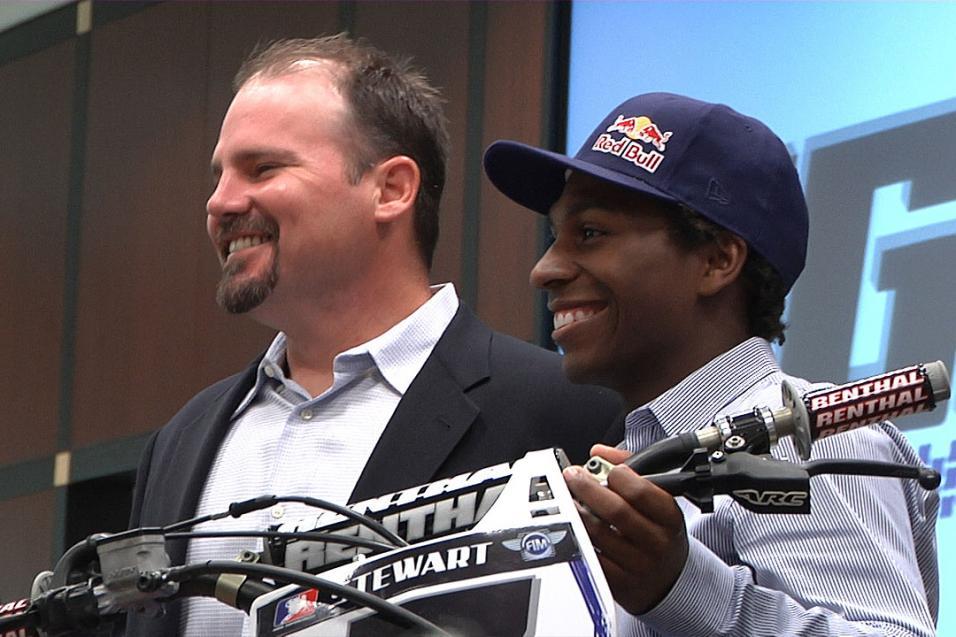 April 24, 2012 1:00pm
by: Steve Matthes
Rice-eccles Stadium Salt Lake City, UT Salt Lake City Monster Energy AMA Supercross Championship
JGR/Toyota Yamaha team owner Coy Gibbs has had the best of both worlds in 2012. One of his riders is outperforming expectations and may get second in the points standings. His other rider is underperforming, injured and may or may not be on the team much longer. His riders are Davi Millsaps and James Stewart and we’ll let you fill in the blanks as to what rider we’re talking about with each situation.

With that backdrop, I caught up to Coy to get his take on the year so far for his team.

Racer X: Coy, you’ve got Gavin Faith for this weekend to take the place of the injured James Stewart. Nice to see you give a privateer a shot and can you talk about how that came to happen?
Coy Gibbs: Yeah we’re happy to have him and honestly, Colleen Millsaps has been just on me hard to give this guy a chance. Before I knew anything about him, she’d been emailing me, calling me and texting me telling me he was going to be perfect for anything we need and it’s ironic how it all worked out here at the end, where we needed a guy and he was available. And Davi is good friends with him and so that fits with us.

And you have to be happy with Davi this year?
For me it’s not a surprise because I know how talented he his. For us, our biggest push is to get going earlier in the year. It seems that early on it takes him a while to get going. He’s really smooth and consistent and stays on track and if he can start that sooner, we’re up there battling for the championship. We’ve been really happy with him and I love Davi. We have a good relationship and have been together for a while. Obviously he’s extremely talented and he’s fun to watch ride, especially in practice because he can do stuff that no one else, or very few, can do. 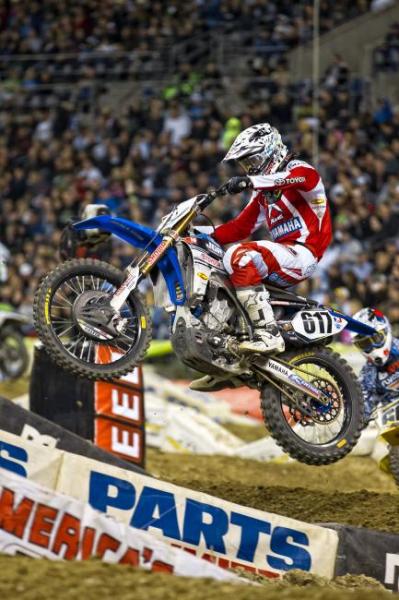 And he almost left you guys in the off-season, good thing it came together.
That was our fault more than anything because we had already committed a large portion of resources towards James and I only had X amount left. That was it and we were honest the whole time. We said this is what he have and go see if you can get more from someone else and if you can’t, this amount is always here for you. And fortunately for him and us, it all worked out.

As we sit here on Saturday of Seattle Supercross, the James Stewart situation is in flux and it hasn’t worked out for you guys or for him for that matter. What’s the status of that as we sit here?
It’s one of those things. We’re still working through that and obviously it didn’t work out the way we wanted it to for either of us. I enjoy James and I enjoy being around him and we’ll find out what’s going on with that soon.

And with all that stuff going on, MotoConcepts team slapped some of James’ number 7 backgrounds on a spare bike. That had, for some reason, everyone talking. How did you take that?
For me, I’ve been in racing a long time, be it four or two wheels, and there’s always an ass in the pit area, and that happens to be ours. It kind of reminds me of my five-year old kid who needs attention and they start doing something to stir it up to get attention. And unfortunately he’s getting attention that way. Normally the crew over there is straight comedy, I enjoy watching it, but this was a bit out of line. I just think it’s disrespectful coming from a guy who in previous meetings, when we get together, is talking about respect and how to make our sport better. But then to do something like that is cheesy. But it’s expected.

Outdoors, what’s going on with you guys?
We’re just going day by day here Matthes and we’re trying to figure things out. Nice try, though! 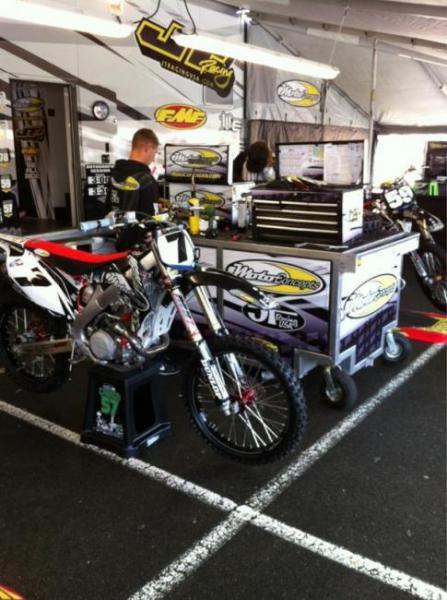 MotoConcepts got people talking with this photo.
Photo from Vince Friese's Twitter page.

Okay, lots of talk about the Yamaha good and bad. Working for Davi, not working of James and guys like me talking about it. How does this make you feel? Maybe like you’re getting attacked a little bit?
No, not really. The good thing about our situation is that if we felt like we weren’t doing everything we possibly can for every rider we have on the team, then maybe we would get upset. But we do everything we possibly can on that bike, for our riders to test and get the bike right. We do it all year long and I love my guys, they work their guts out. I go to sleep good knowing we have a great bike and Davi is riding great on it. I feel good about the future with us and Yamaha.

Safe to say this is the most frustrating year for you as a team owner?
I guess it would be, but things don’t really bother me all that much. Small things bother me but I always look at it like I plan on being here a long time and you’re going to have some bumps on the road here and there. It is what it is.