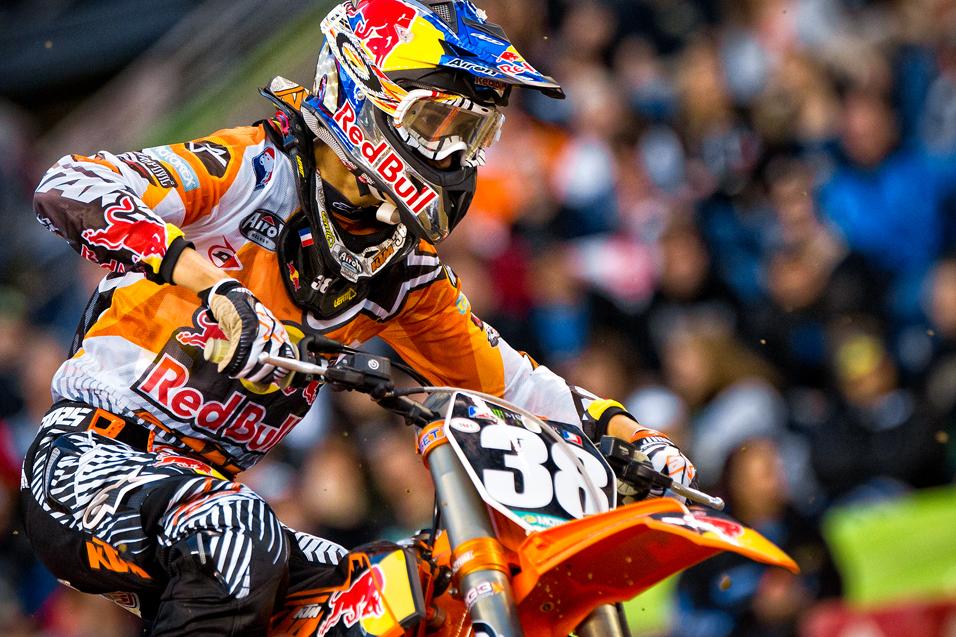 April 23, 2012 5:10pm
by: Jason Weigandt
Qwest Field Seattle, WA Seattle Monster Energy AMA Supercross Championship
Obviously, no one deserves more credit or love from the Seattle Supercross than Andrew Short, who is two weeks removed from the injured reserve list, riding for a team that doesn’t even have a rig to pit out of right now, and pulled off his first ever SX victory in absolutely shocking fashion. It’s the only win that could have made Ryan Sipes’ Lites victory look predictable!

But we know about Shorty and Sipes, and we interviewed them earlier today on the site. The Racer X Outstanding Performance Award is supposed to go to an unsung hero, a rider who doesn’t have a first-place trophy but can at least find some solace in this little article, which talks about an award that actually doesn’t exist (and that’s why we occasionally give this award, even though it doesn’t include an actual award, to a rider who does win the race. When you’re not actually handing out a trophy you reserve the right to change the rules as you go.) This week, the rider who deserves that extra credit is Red Bull KTM’s Marvin Musquin.

Why? The Marv Attack was third on the KTM hype depth chart with Ryan Dungey back in action and Ken Roczen giving the 350 another go. But he quickly built his own story by topping the first Lites practice, and then he did it again in session two. Sweeping both practices! Then he won his heat race! The two-time MX2 champion was getting set to get his first win in U.S. Supercross. 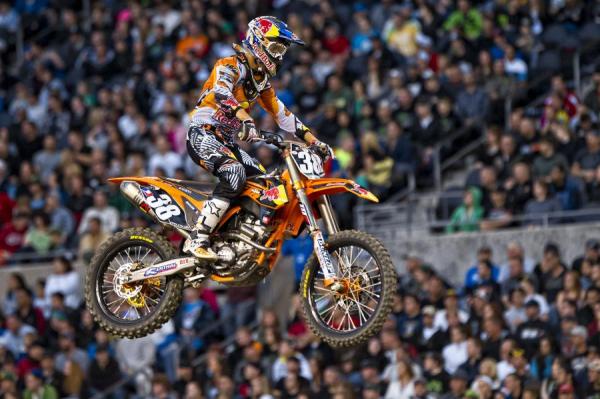 Then he blew the start. Said he tangled with Martin Davalos’ handlebar down the start stretch. First few laps were crazy, but he settled down and found the same crazy speed he had in practice, and started carving through. From 11th on lap one, he eventually rolled through Davalos, Billy Laninovich, Jason Anderson and Travis Baker, then kept on climbing, around the wounded Dean Wilson, past the very-fast Cole Seely, and on the last lap, around Eli Tomac. And since Marvin was so far back early, and because no one expected Ryan Sipes to win the race, he thought the pass on Tomac put him into the lead. So he pulled a big heel clicker over the finish.

He later realized he finished second. He blew the start and that cost him the race, so that heel clicker was for nothing. Unless he just wanted to celebrate grabbing the Racer X Outstanding Performance Award?