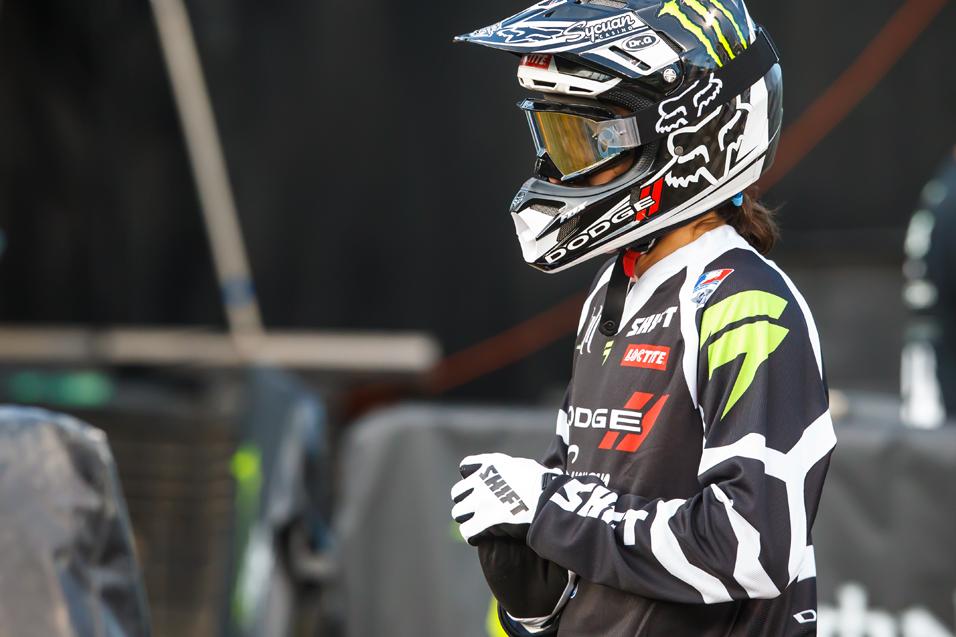 Advertisement | Advertise with Us
Qwest Field Seattle, WA Seattle Monster Energy AMA Supercross Championship
If any team should be comfortable taking risks, it’s the Dodge Motorsports/Sycuan Casino/Hart & Huntington squad. Based in Las Vegas, this team is owned by a freestyle motocross pioneer who is married to a rock star. Racing, jumping or rocking have always been high risk, high reward fields, and it looked like Carey Hart’s risk in starting this team in the first place was finally set to pay off in 2012.

With big sponsors in Dodge, Sycuan and more, they fielded a four-rider effort and hoped to take another step toward legitimacy via results. When H&H first hit the scene, they didn’t yet have the chops to sign big talent, so they made their way with splashy pit parties, wild graphics and an against-the-grain mentality. This year, they had come so far that they even rode Kawasakis with, gasp, actual green plastic. 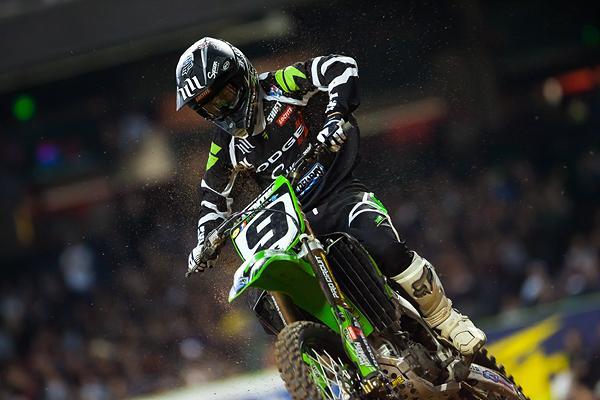 It was announced yesterday, after trying to make a comeback in New Orleans, that Tedesco may miss Seattle while dealing with a lingering finger issue.
Andrew Fredrickson photo

But the riders still represented a risk. Josh Hill was still trying to come back from leg, ankle and foot problems dating back to 2010. Josh Hansen was moving back up to the 450s after a disasterous stint in a class a few years back. Kyle Partridge was about to enjoy the best support he’d ever had, but faced perhaps the deepest field of competitors every assembled, too. Ivan Tedesco was a proven commodity, but even his 2011 season ended early with a knee injury.

We now know what happened. Hill, as luck would have it, broke his tibia in the first turn of the very first start of his season. He was finally ready to try again in Houston, but crashed after the riding day was over (his glove caught on the throttle, rolling it back and sending Hill flying off a jump). Tedesco was landed on and pretty much destroyed a finger. He needed surgery to fix it, missed ten weeks, tried to come back in New Orleans, only to realize he still wasn’t ready. Hansen stated that his goal for the season, first and foremost, was to make every race for his team, but he bashed his ankle into submission. Then Partridge smacked the over-under bridge in St. Louis and exploded his foot. It's a season defined by injuies, but even with that, H&H's plight still sticks out.

H&H started with a four-man team, one of the largest in the sport. Now all four are out. Things have gotten so bad that privateer Michael Horban was called in for replacement duty a few weeks ago and crashed out in practice. Now, Kyle Regal and Tyler Bowers will carry the mantle for the team.

No doubt Hart, who has been hurt as much as anyone through his days racing supercross and supermoto, and as a pioneer in freestyle, understands the risks to running a race team. But one of these days, he’d like to see some of the rewards. 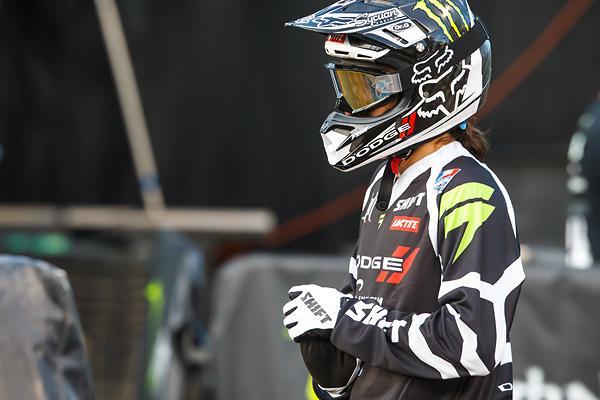 Hansen will miss the rest of the season with an ankle injury.
Simon Cudby photo