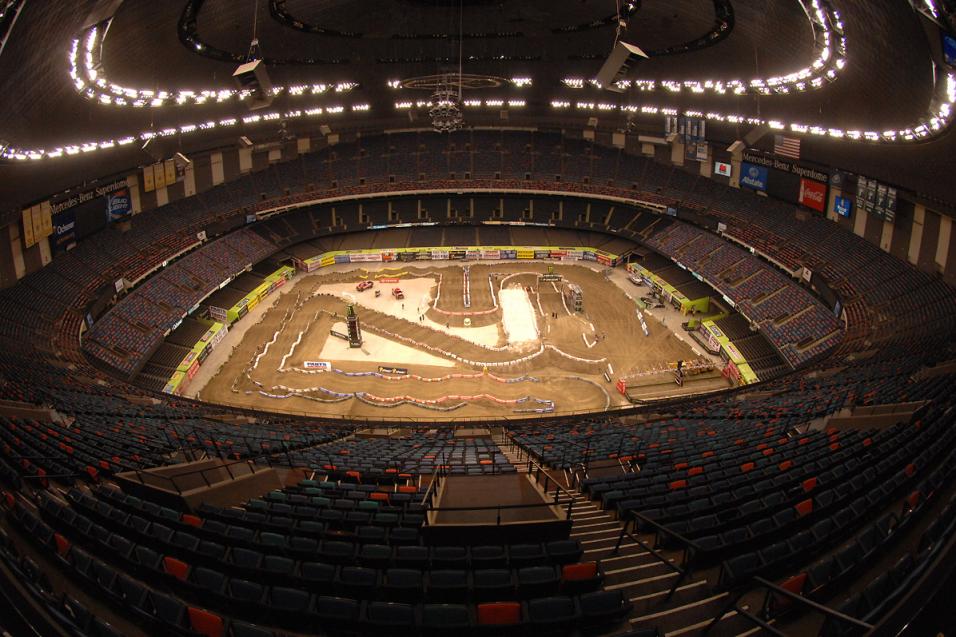 April 14, 2012 2:55pm
by: Jason Weigandt
Superdome New Orleans, LA New Orleans Monster Energy AMA Supercross Championship
Finally, some good news on the injury front! Andrew Short, Ivan Tedesco and Nick Wey are all back this weekend, which is cool. But then, in a shock to pretty much everyone, Kevin Windham suited up and gave it a shot in practice! He thumb and shoulders were all taped up, and he rode about a lap and a half before realizing it wasn’t going to work. Heck of an effort, though.

Short is pitting out of the Honda Muscle Milk rig but he is not an official part of the team—Wil Hahn is still here riding as the replacement for Trey Canard. Short’s Brooks/McGrath team has different sponsors than the factory team, such as FMF exhausts versus the factory team’s Yoshimura stuff, so his program can’t just get folded into the factory unit.

James Stewart is out, as reported on Thursday, due to a broken hand suffered back in Indianapolis. And Ryan Dungey is still out, which means Stewart’s teammate Davi Millsaps could take over second in the series tonight.

SX Class points leader Ryan Villopoto is also here, of course, healthy and ready to just keep stomping everyone into the ground. He looked plenty fast in untimed practice. In Lites, Justin Barcia can wrap the East Lites Championship tonight, even though one East round remains in Vegas.

The track here looks fairly tricky, especially off the start, which features a wide sweeping corner than the funnels down into a tight on-off-180 degree bowl-turn-on-off section. Starts are of course always key in supercross but it’s especially big here, because if you get a bad start, there’s no chance to make quick moves in such a tight section.

The track also features a few tough rhythm lanes and a deep section of sand whoops, which looks pretty cool. The dirt is pretty hard though, so the real lines are yet to develop. We will have a full practice report once the timed sessions begin later this afternoon. 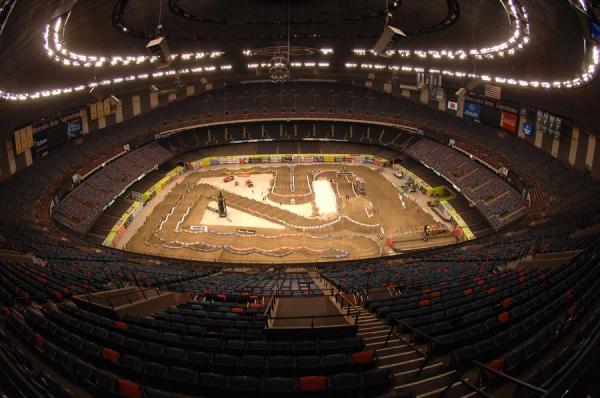