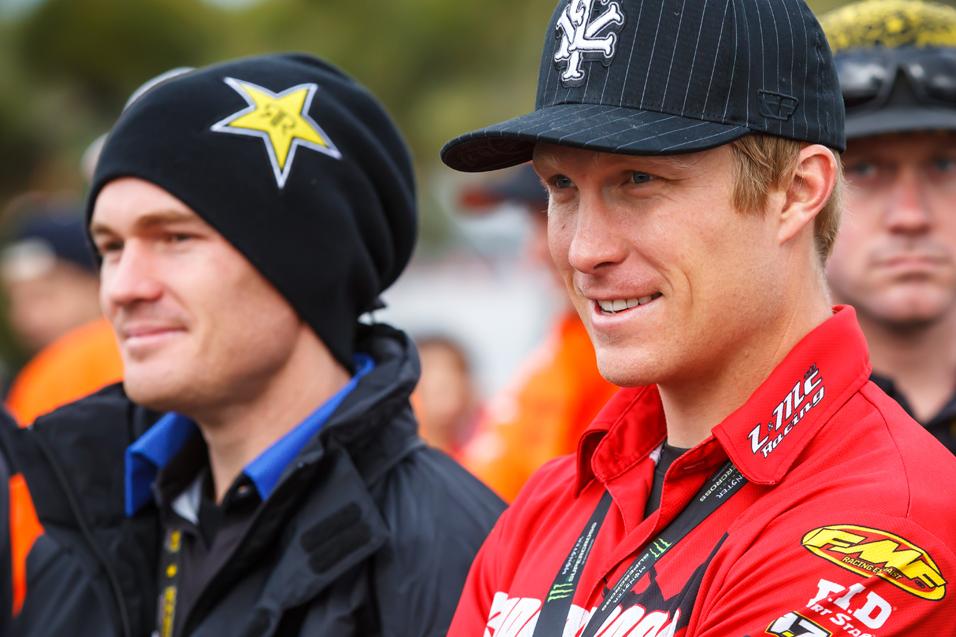 Ivan Tedesco - Broken Finger
Comment: After getting landed on in L.A. and missing much of the season, Tedesco is scheduled to return to racing in New Orleans.

Andrew Short - First Degree Separation of AC Joint
Comment: Short was injured after going down and getting run over on the start of the San Diego supercross. Short participated in practice in Dallas, but the pain was too great to race. After undergoing therapy, Short has begun riding again and will make his return to racing this Saturday night in New Orleans.

Cole Thompson - Concussion
Comment: Thompson knocked himself out in Toronto after crashing hard in practice. Thompson plans to return to racing in New Orleans. 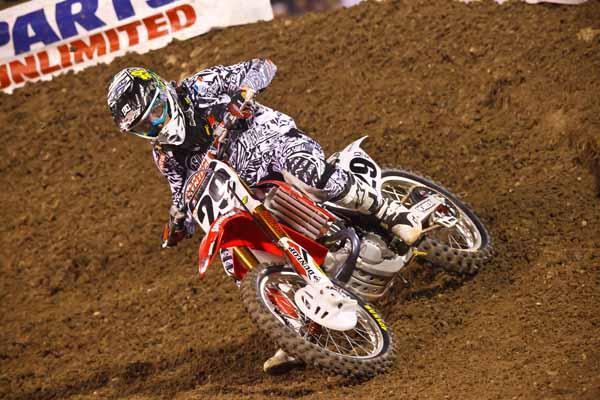 Short will race this weekend after being sidelined since San Diego.
Simon Cudby photo

Chris Blose - Injured Shoulder
Comment: Blose suffered an avulsion fracture, severe bone contusion and a slight labral tear in L.A.. Blose will return to racing supercross in Seattle, and is currently looking for an outdoor ride.

Nick Wey – Hematoma
Comment: A big crash in Indianapolis left Nick Wey with a hematoma and three tears in his adductor and low abdominal muscles. After taking Houston off, Wey plans to return to racing in New Orleans.

PJ Larsen - Foot and Knee Injury
Comment: In Toronto, Larsen went down hard during practice in a rhythm section, sustaining injuries to his knee and foot. Larsen will not be racing in New Orleans.

Josh Hansen - Hurt Ankle and Knee
Comment: Hansen has been riding with a hurt ankle and twisted knee, and according to a press release from Dodge Motorsports/Hart and Huntington, Hansen was not scheduled to race in Houston. Hansen ended up attempting to race, only to pull out when the pain proved to be too much. It is unlikely that Hansen will be racing this weekend. 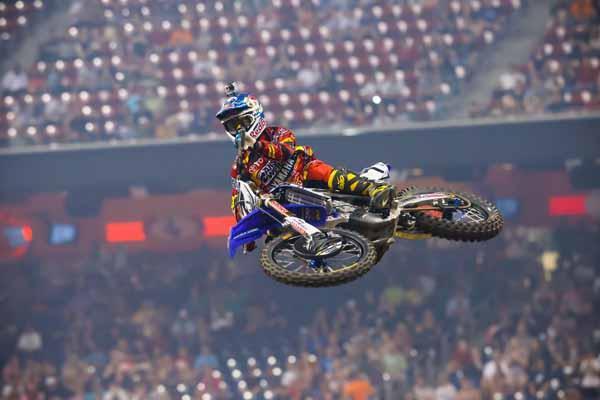 Kyle Cunningham – Cracked Wrist
Comment: Cunningham is still suffering from a small fracture in his wrist incurred at the Eastern Regional Supercross Lites opener in Dallas, but will be racing in New Orleans.

Ryan Dungey - Broken Collarbone
Comment: Dungey underwent surgery to repair the damage sustained in a crash prior to St. Louis. Dungey was scheduled to be back on the bike this week, and depending things go, will make a decision on whether or not he will return to supercross before the season ends.

Austin Stroupe - Cracked Collarbone
Comment: Stroupe had a big crash in Dallas, and was forced to undergo surgery for an injured collarbone. Stroupe is recovering in Northern California, and will not be lining up on Saturday night.

Gannon Audette - Broken Wrist
Comment: Audette broke his wrist during practice in Dallas, and will be out for the rest of the season. Audette has resumed riding, and plans on being ready for the outdoors. 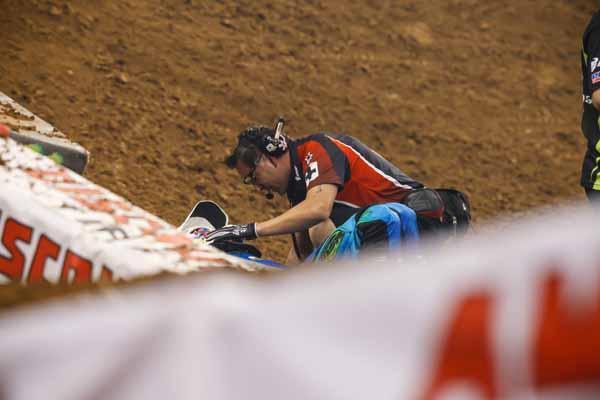 Windham will miss the rest of the season after a terrible crash in Houston.
Simon Cudby photo

Tyla Rattray
Comment: Rattray suffered a concussion and a fractured C-7 vertebrae in his heat race in Oakland. Rattray’s bone has not yet healed, and so far he has been unable to get back on the bike. At this point, it is unlikely that he will compete in any of the remaining supercross races.

Ryan Morais - Broken Jaw, Several Fractured Vertebrae, Collapsed Lung, Concussion and Broken Ribs
Comment: Morais recently had all of the metal removed from his mouth, but is still unsure when he will be able to get back on the bike. Those wishing to donate to Morais’ recovery fund can click here: Donations can also be made through Road 2 Recovery.