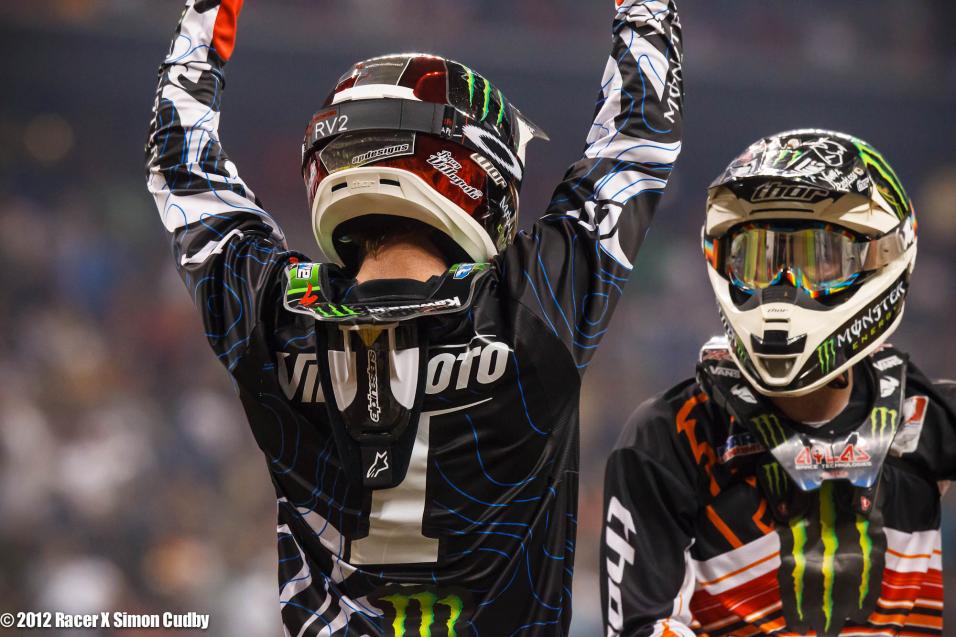 April 1, 2012 6:50pm
by: Jason Weigandt
Reliant Stadium Houston, TX Houston Monster Energy AMA Supercross Championship
Often our Racer X Outstanding Performance Award goes to a rider who doesn’t win the race, as we aim to show some love to riders outside the traditional spotlight. But this week there’s an undeniable winner of the award: Ryan Villopoto.

Villopoto’s Monster Energy Supercross win in Houston last night allowed him to clinch this year’s AMA SX Championship four races early—which is a record as far as we know. It also absolutely, positively confirms something that has probably been true for longer than many realize: right now, Monster Energy Kawasaki's Villopoto is the best dirt bike racer on earth.

It’s true that RV’s early title clinch was aided by chief competitors like Chad Reed, Ryan Dungey, James Stewart and Trey Canard going out with injuries. But while that may have helped him build a bigger points lead, absolutely no one will claim Villopoto isn’t a deserving champion. RV was leading the standings and holding the most wins when each of those riders went out, and he proved last year, indoors and out, that he can deliver in the clutch if he needs to. Perhaps 2012 comes as a reward for all the sacrifices he has made the last two years. Like the hard work to come back from 2010’s big leg injury, and the hard work to best ultra-stiff competition for two titles last year. At this point, RV has earned the right to get one under less-stressful conditions. 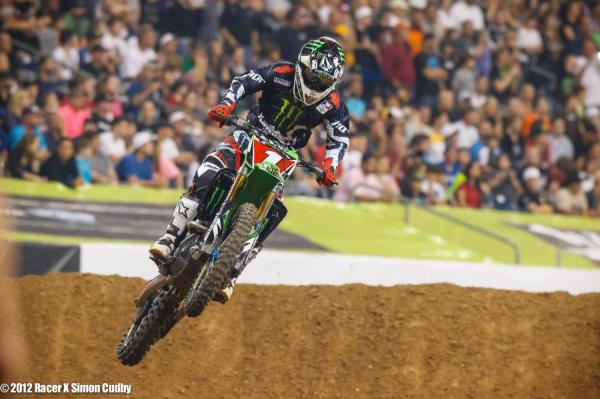 The competition will eventually return from injury, but can anyone actually stop him? Villopoto has traditionally been even tougher to beat in motocross than supercross, and clinching the SX crown early will allow him to get a good jump start on training and testing for the summer’s Lucas Oil Pro Motocross Championship, a luxury he didn’t have last year. And next year in Supercross, how do you bet against the man?

Yes, the 2012 season may be one marred with injuries, but that doesn’t in any way mar Villopoto’s full package of skills—speed, stamina, smarts, desire and a top-rate support group. This season ultimately won’t be judged on who didn’t make the races, but by the man who did. Plus, as Ryan continues to win, the actual on-track competition is becoming less of an enemy. Really, right now, his biggest competition may come from the record books. Welcome to the RV era.