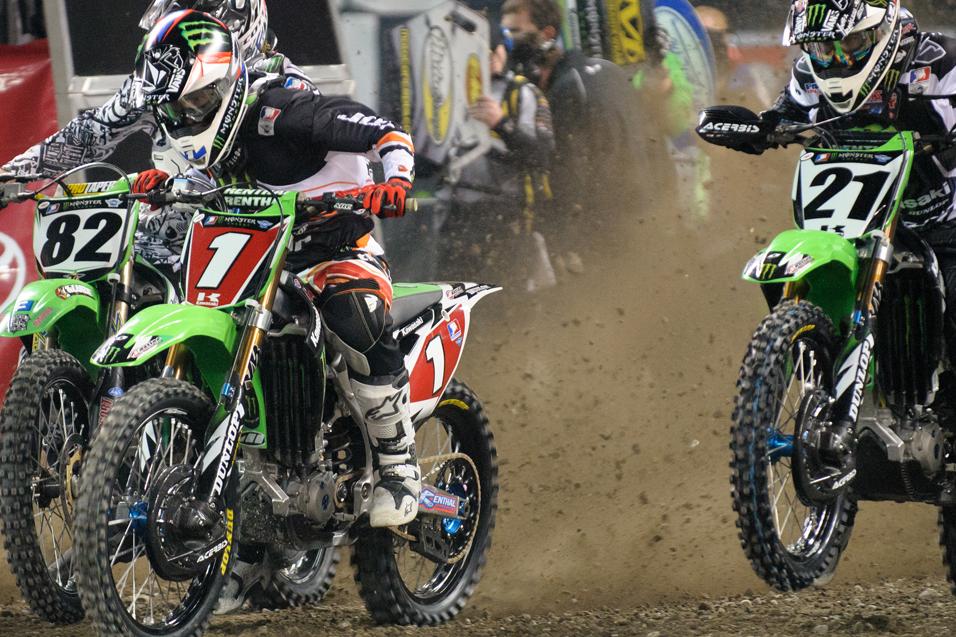 March 28, 2012 11:25am
by: Aaron Hansel
Reliant Stadium Houston, TX Houston Monster Energy AMA Supercross Championship
What do you get when you combine mind blowing speed with the ability to stay healthy? In Ryan Villopoto’s case, you get a massive points lead in Monster Energy Supercross. In fact, if Villopoto wins in Houston this weekend, and James Stewart finishes worse than third (if he even races), RV will wrap up the title with four rounds of racing yet to go. That’s pretty impressive, and it got us wondering whether or not Villopoto has a chance to set the record for the largest championship lead in the sport’s history. In order to find out, we did a little research to come up with a list of every championship that has ever been decided by 50 points or more. 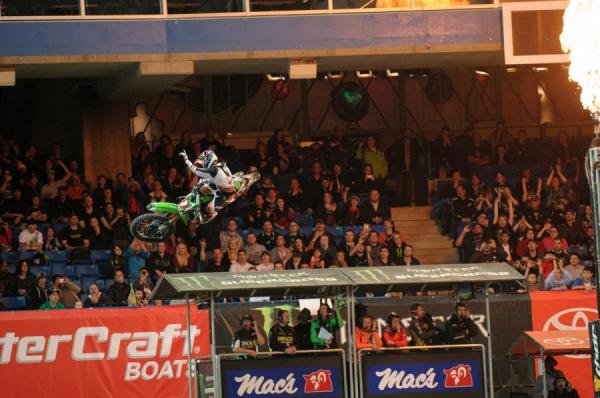 Villopoto is on his way to one of the biggest points lead in history.
James Lissimore photo

If you look at these results, the initial conclusion is that it’s highly unlikely that Villopoto could match Jimmy Ellis’s 202-point lead form 1975. Even if Ryan Dungey and Stewart don’t return, RV would still have to put a good 100 additional points between himself and Davi Millsaps in the remaining five rounds….but wait, there’s more!

The AMA used a different points structure in 1975 when Ellis beat Marty Smith by 202 points. That year, wins earned 150 points! The season was also much shorter, and consisted of just four races, only three of which paid points.

So if we want to compare apples to apples, we have to hold Villopoto’s current situation against a season with the same point structure. McGrath set that record with a 132-point lead in 1996. This is what happens when you win an astonishing fourteen of fifteen races.

With five races to go, the return of Dungey and Stewart (second and third in points) in question, and 102 points already separating Villopoto from fourth-place Millsaps, a 133-point lead is not out of reach for RV. He would have to put about seven points per race between himself and Millsaps, and, by the way, he scored exactly seven more than Millsaps in Toronto.

Of course, things get a little complicated when you consider the fact that RV has two more races in which to gain points this year than McGrath did in 1996. But either way, when the discussion is not if you’re going to win the title, but by how many points the final gap will be, you’re doing something right! 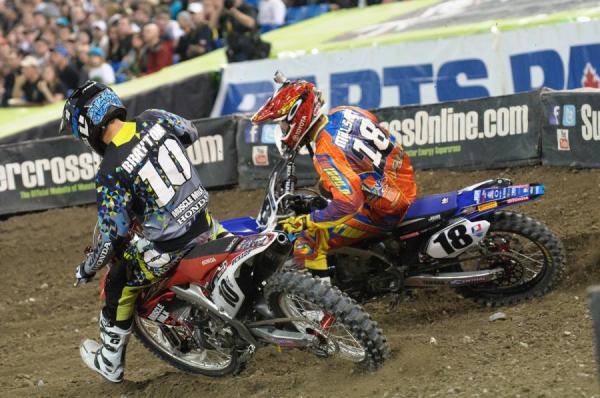 Can Brayton, Millsaps and the rest of the Supercross class slow down Villopoto in Houston?
James Lissimore photo