Torrance, CA: In what can be viewed as a timely boost to the sport of Women’s Motocross, Team Honda’s Ashley Fiolek is the focus of a feature article in the April 2012 issue of Vogue magazine. Vogue magazine focuses on the world of entertainment and fashion with 12 issues published each year, and over 1.2 million copies in circulation monthly. The four-page feature gives an inside look at how Fiolek has not only overcome her disability in a high-speed sport that puts a premium on the sense of hearing, but also being a female who has earned numerous accolades on and off the track in a male-dominated sport. 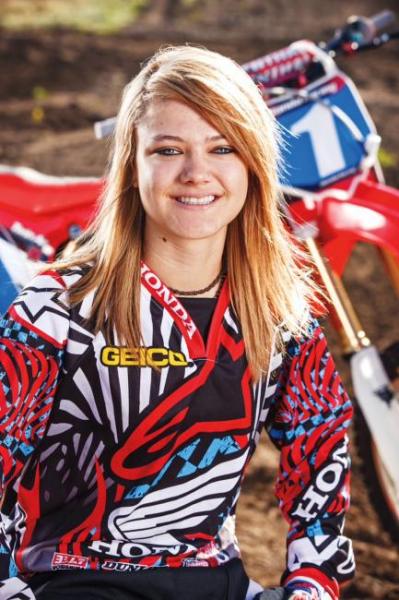 Fiolek, a three-time Women’s Motocross Champion and two-time X-Games gold medalist, made history by becoming the first female to sign a contract with the American Honda Racing factory team in 2009. In addition to her impressive run of race wins, she has also continued to help bring attention to women’s motocross and has become a positive role model for young girls everywhere.

American Honda Motor Co., Inc. is the sole distributor of Honda motorcycles, scooters, ATVs and MUVs in the U.S. American Honda’s Motorcycle Division conducts the sales, marketing, and operational activities for these products through authorized Honda dealers. For more information on Honda products, go to www.powersports.honda.com.