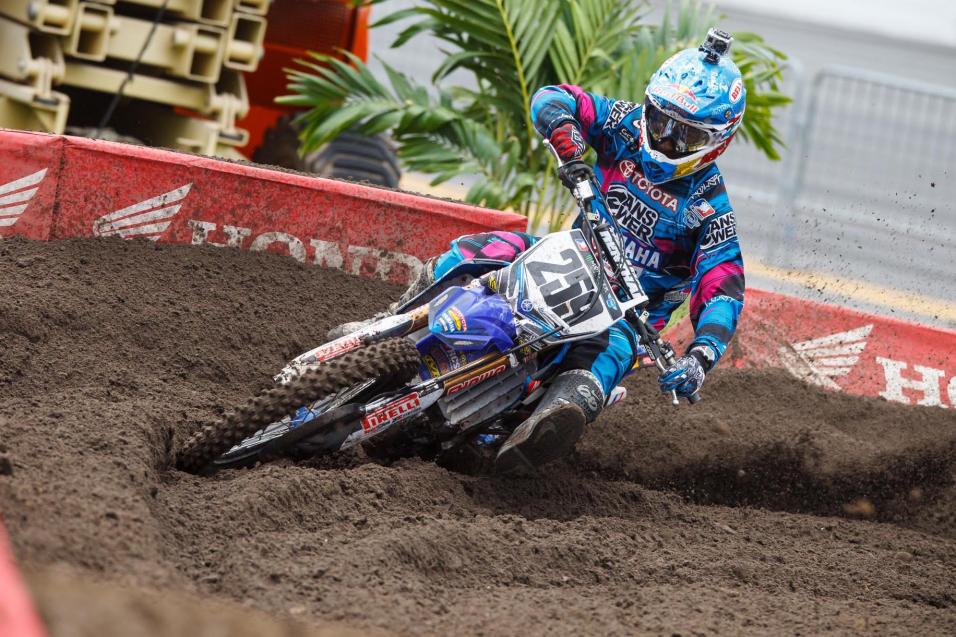 Eleven 10 Mods’ Phil Nicoletti has had disappointing finishes in the last three races. Thanks to a series of crashes and bad luck, Nicoletti has either DNQ’d or DNF’d every race since his brilliant career-best fifth-place finish in Dallas. In Daytona, he scored an impressive third in his heat race before running into bike problems in the main. Will Nicoletti turn it around this weekend in Indianapolis, or will he once again end up exiting the track before the checkered flag comes out?

After wrapping up the 2012 arenacross title, Tyler Bowers decided to try his hand in the larger stage of Monster Energy Supercross, starting in St. Louis. The AX champ had a bit of a choppy start, qualifying through the LCQ and crashing out in the main. In Daytona, however, Bowers was able to keep it together to finish in fourteenth. It’s far from what a champion expects, but it’s much better than a DNF. Now that Bowers has had some time to adjust to supercross, expect him to record his best result of the season tomorrow night in Indianapolis. 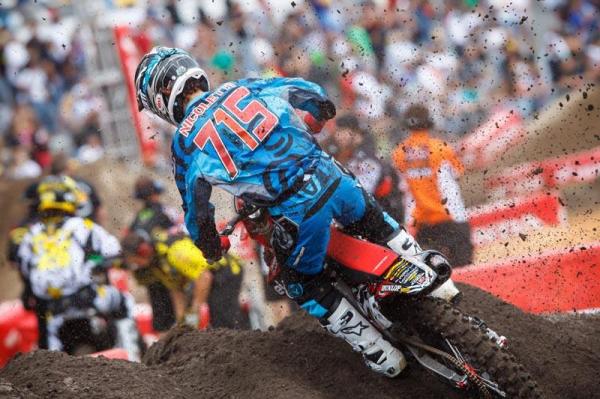 Luck has not been on Nicoletti's side as of late.
Cudby photo

Davi Millsaps has been steadily improving over the last few weeks. He’s recorded several great finishes and has joined the short list of riders who have led laps in the Supercross class this year. In Daytona, that speed culminated in a season-best second behind teammate James Stewart. We’ve watched Millsaps long enough to know that when things are going well for him, he can be dangerous. The question is, will he be dangerous this weekend?

Yes Ryan Villopoto now has a big points lead due to the exit of Chad Reed and Ryan Dungey, but don’t expect the defending Monster Energy Supercross Champion to back off now. At Daytona, RV maintained that the best way to get the title is to keep on doing what he has been doing all along, which is race for the win. How far will he push knowing his doesn’t need to win races in order to win the title?

Josh Grant has had a rough go of it lately. Last year, injuries prevented him from showing the world what he could do on a factory Honda CRF450R, while a deep-muscle contusion near his shoulder blade sustained in L.A. has kept him on the sidelines for most of the current season. Well, tomorrow night Grant will jump off the disabled list and roll back into competition in Lucas Oil Stadium. While it’s doubtful that Grant will make a run at the top five in his first race back, it’s going to be interesting to see where he stacks up. 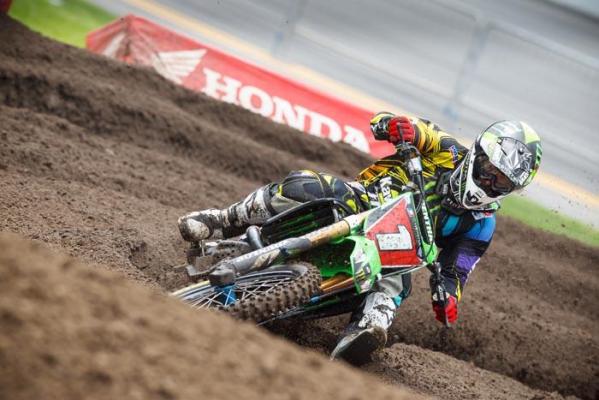 How will RV handle the stretch run?
Cudby photo

After a disappointing fourth in Daytona, Ken Roczen tweeted that he might have to go back to eating burgers at In-n-Out and drinking Cokes like he used to, because that used to work for him. Apparently, a clean diet and hard work aren’t allowing him to get the results everyone expected. We’ll see if he can finally start delivering on his potential this weekend.

For Blake Baggett, it’s clear that a little pump-up session from Mitch Payton after the St. Louis Supercross, combined with a return to a place where he has won before (Daytona), helped him get his season on track. At Daytona, he was every bit as fast as Justin Barcia, which is something he couldn’t say after the first three rounds. So now we’re back to an indoor stadium, a far cry from Daytona. Does Baggett’s speed carry over, or did the Daytona track just suit him that well?

Back To The Front

Cole Seely’s tremendous ride in Atlanta is now nearly a three-week-old memory—and three weeks is a long time in supercross. To give you an idea, we left Atlanta thinking Ryan Dungey was about to launch a run at the title. Yup, a lot has changed. Since the ATL, Seely rode well in St. Louis but crashed out, then had a ton of problems in the Daytona mud. We’ll see if he gets back on track this weekend—if he does, we know he has podium potential.

Kevin Windham always seems to save his best stuff for the second half of the season, and lo and behold we’re once again at the halfway mark and K-Dub is ratcheting forward in the results. With potential race winners Reed, Canard, and Dungey out, Windham can see light at the end of the tunnel. Remember, in 2010, Windham struck for two opportunistic victories late in the year. 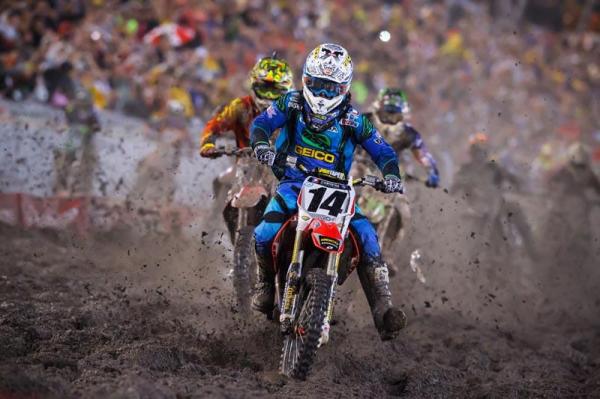 Could a win be up for grabs for K-Dub?
Cudby photo

A few weeks ago, James Stewart seemed bummed on his season. But after his rough night in St. Louis, he finally seemed to ease off the pressure and laugh off his string of bad starts. The positive vibes continued into Daytona, where he donned his old #259 in front of his home-state fans. Now he has a win, and he doesn’t have championship points pressure to really worry about. Will the good times continue?