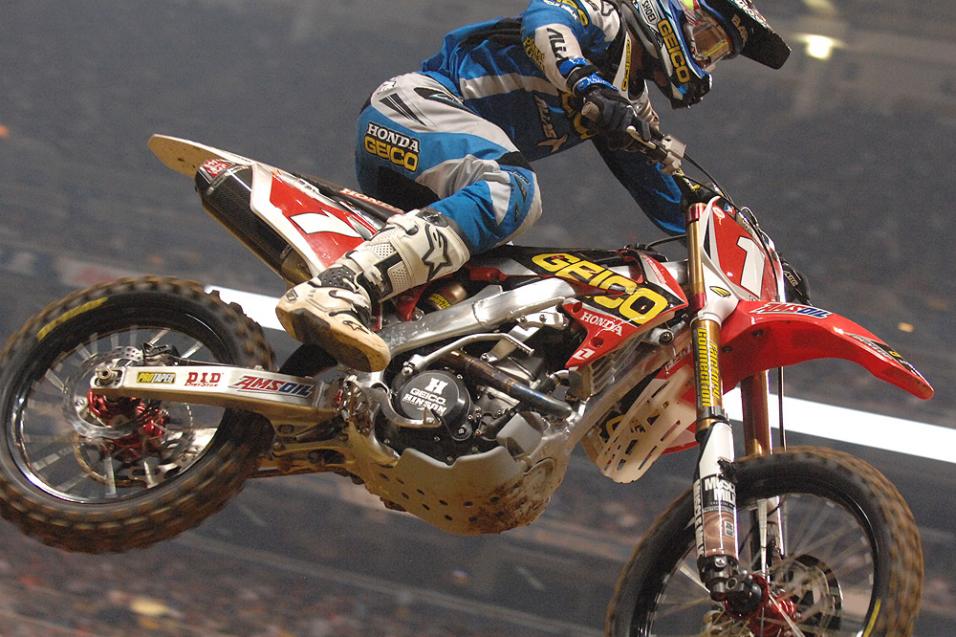 The rider is GEICO Powersports Honda’s Justin Barcia, who jetted off to his third win in three Lites East races this season with a wire-to-wire performance in St. Louis. With proven winners like Ken Roczen and Blake Baggett in the field, as well as contenders like Darryn Durham, Kyle Cunningham and Blake Wharton, and rookie Justin Bogle, there was expected to be close competition for Barcia this year. Instead, he has checked out from the field early and often so far, leading every lap of the last two races. Every lap! He's also led 36 of 45 laps through all three rounds. That’s a pretty outstanding performance. 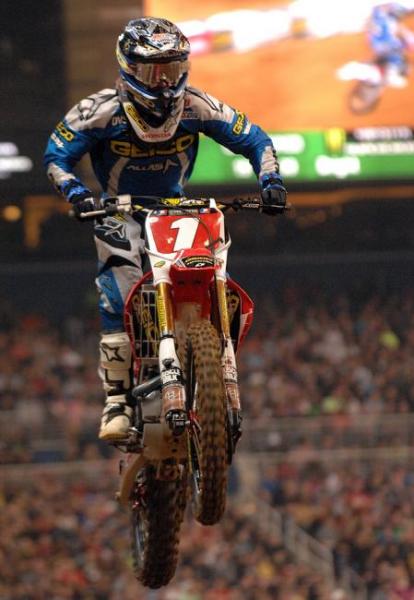 No stopping BamBam1E at the moment.
Carl Stone photo

In St. Louis, Roczen and Bogle started right behind Barcia, and the two young pilots hoped to give him a run. Bogle actually logged the fastest lap time in practice, and Roczen, with a MX2 GP Title and a Vegas SX Lites win to his name, is no stranger to going fast. But the anticipated battle never happened, as Barcia just rode away on this night. Roczen was bummed and will be back to challenge him again, while Bogle crashed away a podium late.

As far as the championship goes, Barcia has shown no weaknesses. His starts have been spectacular, his speed has been unmatched and mistakes have been relatively rare for a rider known for visiting the wild side at times.

Anything can happen in Supercross, as Barcia’s teammate Eli Tomac can attest. But right now, Bam Bam is on fire. Congrats!