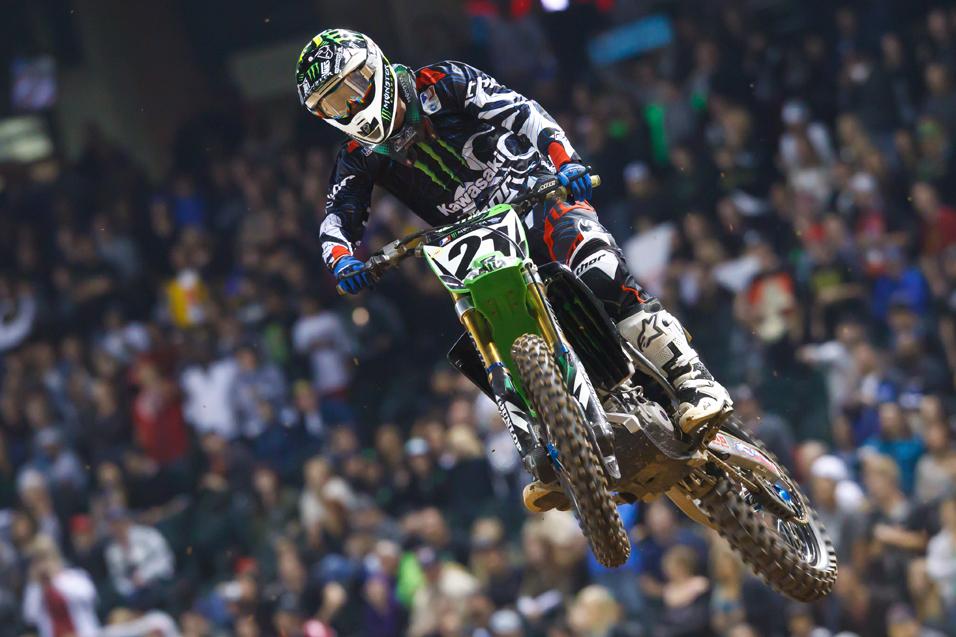 Going for the W Jake Weimer

January 20, 2012 6:00am
Dodger Stadium Los Angeles, CA Los Angeles Monster Energy AMA Supercross Championship
Monster Energy Kawasaki’s Jake Weimer would probably be the rider that most fans would pick as the surprise rider two races into the season. Placing fifth at both A1 and Phoenix in timed practices, followed by a fifth in the main event at Anaheim 1 and now, this past weekend, he won the first SX class heat race of his career and ended up a very strong second in the main event.

But is he really a surprise?

As far as Weimer himself, he was on the Pulpmx Show last Monday and we asked him about his early season success. He made some key points that maybe this shouldn't be such a surprise, seeing as he battled with Ryan Dungey for the 2009 Lites West title (he ended up second behind Dungey) and won the 2010 Lites West title with his main competition in that series being Trey Canard. Where are Dungey and Canard right now? That’s right—considered two of the fastest riders in America. 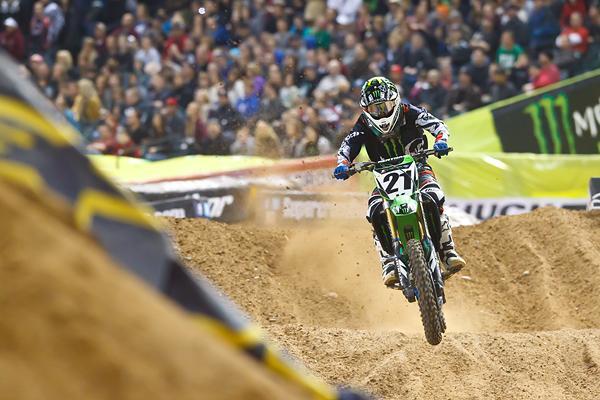 Weimer has battled with the likes of Trey Canard, and has come out on top.
Photo: Simon Cudby

Weimer’s point is that he raced Dungey and Canard indoors and in many cases beat them, so why should any of us be surprised that he’s right there with them again? Maybe it’s because he wasn’t a highly touted amateur rider like Canard and so many others. But then again, Ryan Dungey wasn’t exactly a household name before showing up on the pro scene. Weimer’s got a great factory bike under him and trains with Aldon Baker. Smart readers will realize the fact that Weimer’s teammate is Ryan Villopoto and that RV’s bike is capable of winning races and that RV works with Baker. Jake made a pretty smart move in doing exactly what Villopoto does off the track.

So the ingredients of making a fast rider are: works bike/team support+ training + doing the right things off the track+ having some sort of talent= front runner. When you break this all down, maybe Weimer isn’t a surprise.

In 2010, his last year on the Pro Circuit team, there was a little bit of controversy when, then team manager, Mike Fisher chose to hire Weimer over another Pro Circuit rider who had one more SX Lites title on his resume along with a few near-misses on outdoor titles. The Frenchman Christophe Pourcel seemed like the logical pick over Weimer, but Fisher selected Weimer for a combination of what the riders were asking for in terms of money, the public relations effort of each rider and Fisher's feeling that Weimer would cherish the opportunity. 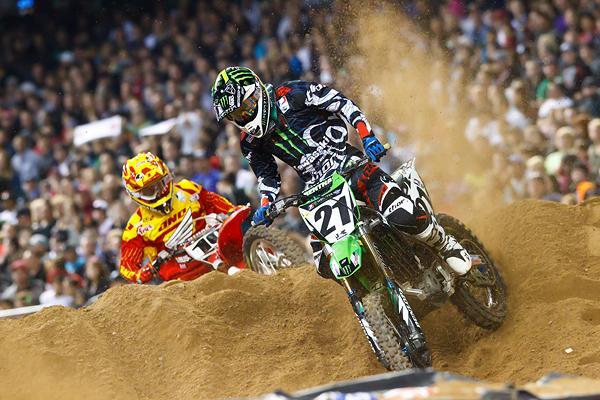 Looking back at the career paths now of the two riders, you could say that Fisher’s choice is validated, even despite Weimer missing most of supercross last year due to a broken arm. The 2011 outdoor tour was tough for Weimer, but once on the 2012 Kawasaki KX450F, he picked up some speed at the last few rounds.

And now, here we are in 2012 with Weimer seemingly turning the corner. He's arguably to inside the top group of riders through two races. Kawasaki is facing another situation for 2013 if Weimer keeps performing at such a level. For example, 250 National Champion Dean Wilson’s deal is expiring and he looks to be a fit to slide up to the factory Kawasaki team next year. Weimer’s contract is up as well, but just like 2010, Jake’s looking to establish himself and stay right where he is.

The Pro Circuit Lites team is always bringing strong talent through the ranks (like Weimer was at one point), but Weimer is not going to make decisions on future factory Kawasaki 450 spots easy for new manager Dan Fahie. There are plenty of great riders who will be shopping for rides, but now that Weimer is beginning to show his true potential on the big bike, the scenario has changed. Where we could have been discussing the potential of the next generation of Kawasaki talent, we are very quickly having to refocus back on Weimer himself. Just two rounds into the new season, and with momentum building, Weimer is once again one to watch. He's reached the podium already. Could be eventually deliver a win?