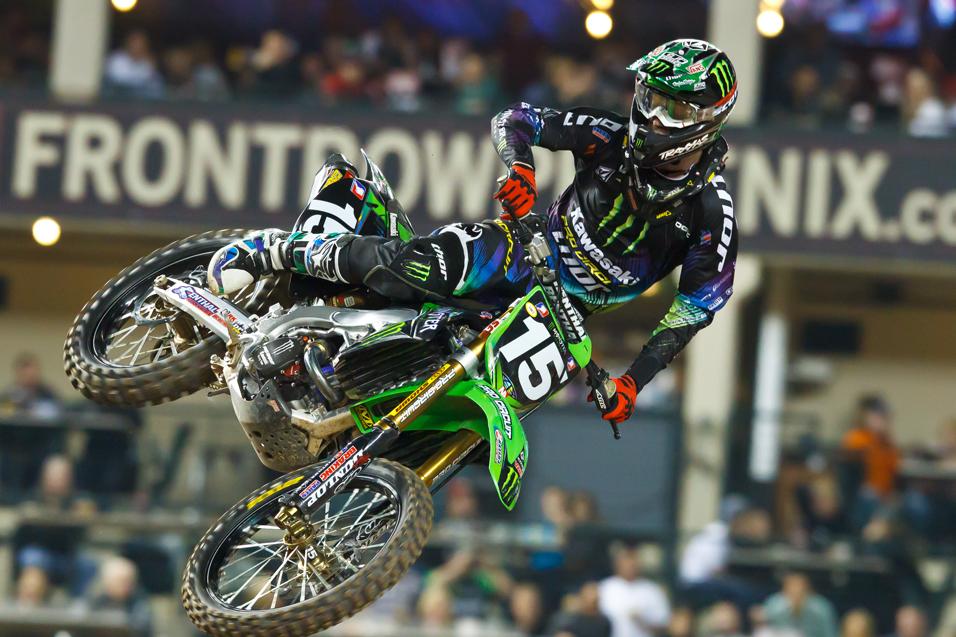 Advertisement | Advertise with Us
Chase Field Phoenix, AZ Phoenix Monster Energy AMA Supercross Championship
“This is the real me, definitely,” said Dean Wilson after taking the SX Lites win at Monster Energy Supercross in Phoenix. “Last weekend I almost thought I should have done the same thing. I felt good riding before Anaheim, but that night, it just wasn’t me. I just rode tight. So to get this win, it makes me feel good, like I really belong.”

We all know Wilson, the 2011 250 Lucas Oil Pro Motocross Champion, belongs at the front. But after a wrist injury set his 2012 preparation back, many expected him to wait until the East region to go racing. His below-par sixth at Anaheim, where Cole Seely and Tyla Rattray got away from him, and Eli Tomac ran him down, only added to the wonder. But Wilson was never worried, and now his Phoenix win has answered any other doubts. 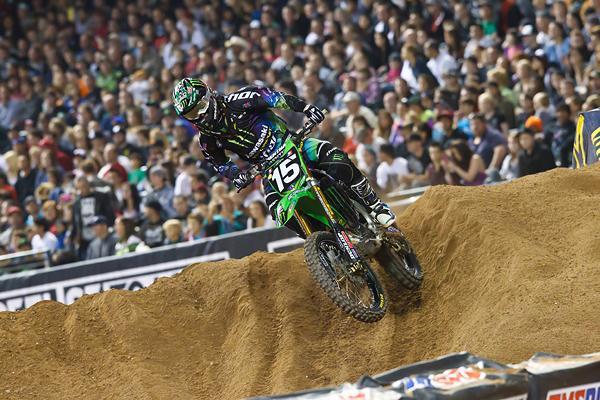 Wilson rebounded from a sub-par performance in Anaheim with a win in Phoenix.
Photo: Simon Cudby

“I knew it was just a once-race deal,” he says, and adds that even an illness didn’t hurt his confidence coming into Phoenix. “It shouldn’t have been a sixth. But that’s my own mistake, and it keeps me on my toes. I trained hard this week, but then I got sick, so I had to back it down. I was under the weather and that made it hard to train and stuff. But that’s okay.”

In Phoenix, Wilson started about third again, but made a slick pass on both his Monster Energy Pro Circuit Kawasaki teammate Tyla Rattray and Red Bull KTM’s Marvin Musquin to take the lead on the first lap.

“It was nice, I could just ride my own race because I was in the lead right away,” he says. “But I’m still working on starts. If I get out in the lead it’s going to make my life easier. I didn’t holeshot, but I got a top three start. It wasn’t amazing but it was good.”

Wilson now has the momentum rolling, but he knows in this west field, nothing is assured. “We have a lot of fast guys here,” he says. “Eli Tomac is riding fast and I know he’s going to be tough. And so is Cole Seely, Sipes, Tyla, Musquin, a lot of guys. I can’t count anyone out.”

But you can definitely count him in.