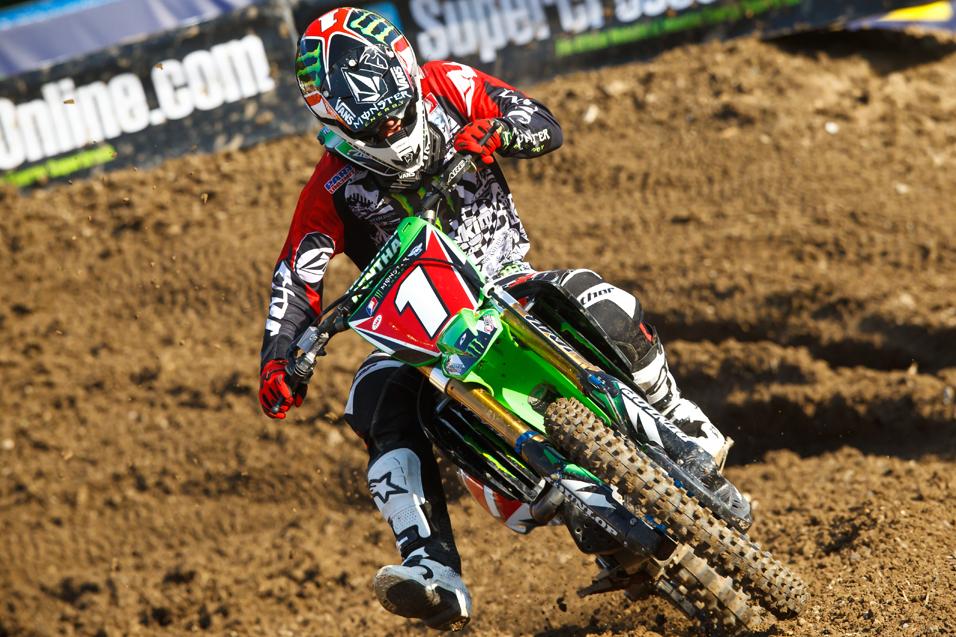 10 Things for at Phoenix

Rockstar Recovery
Rockstar Energy Suzuki caught a lot of heat in 2011 for failing to deliver the results that are/were expected of a factory-backed squad. The team made some adjustments during the off-season, bringing back Hunter Hewitt and signing Blake Wharton—both will be racing the East Lites series. But the real challenge for the team was to get former AMA Horizon Award winner Jason Anderson on track. Martin Davalos stole the headlines early, winning his heat race, but would bow out of the main early with mechanical problems. After one of the most bizarre starts in SX history, Anderson was a deer in headlights and was stranded at the back of the pack. The New Mexico native would put on a charge that rivaled Eli Tomac's, as he recovered to finish seventh in the main event and keep his title hopes alive. What will we see from Anderson with a good start? Only time will tell.

Welcome to the RV Show?
After winning anything and everything in 2011, Monster Energy Kawasaki’s Ryan Villopoto began 2012 with a dominating performance at the season opener in Anaheim. RV gapped the field by over ten seconds—could have been twenty—sending a resounding message that the 2012 Ryan Villopoto may be even better than the 2011 version. But as last year showcased, things can turn on a dime in a matter of moments (remember Jacksonville?). Can Villopoto continue his championship-defining pace this weekend in Phoenix, or will the rest of the field adjust and find another gear? 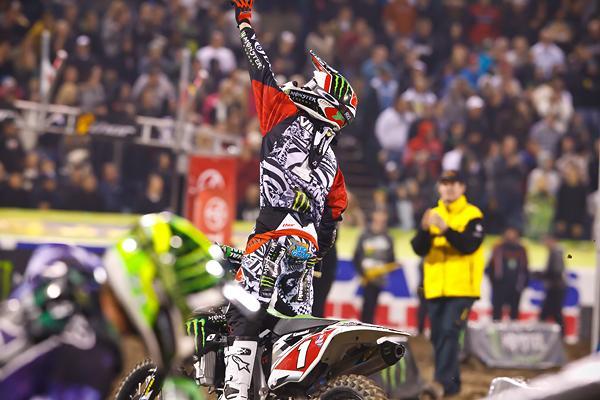 The Time Is Now
Simply put, Anaheim 1 was brutal on a number of contenders. Tommy Hahn, aboard his new privateer Honda, finished a disappointing twentieth. JGRMX’s Davi Millsaps started just outside the top ten but faded to sixteenth. And veterans Nick Wey and Austin Stroupe failed to qualify for the main. Not exactly the results these riders expected. This will probably just be a minor blip in the overall scheme of things, but with a talent-stacked SX class, the time is now for these contenders to rebound.

Canard Returns..Too Late?
American Honda golden boy Trey Canard made a late decision last week to sit out the opener after injuring his collarbone during off-season testing, and all signs are pointing to a return this weekend. But is it too late for Canard to contend for a title? Common sense would say yes. You can't spot this field 25 points and expect to contend, right? But we must not forget that Ryan Villopoto won the title last year with a DNQ at Jacksonville, and Ryan Dungey was in contention until the bitter end after a DNF at Anaheim 2.

Marv Attack
Marvin Musquin quietly reeled off a fourth-place finish in his maiden voyage in supercross last weekend at Anaheim. His fluid style helped him carve his way through the pack after rounding the first lap in eighth, but questions still remain. Anaheim, according to the majority of riders and media, was not your typical supercross track. With the series heading to Phoenix—which, if you have viewed the track map, is more along the lines of your typical SX layout—can Marvin back up his resounding debut on a much more diverse layout?

The Track
In Anaheim the riders were greeted with a track that was unique, to say the least. Passing was made difficult by several tight, one-lined sections, and the layout wasn’t a hit with most of the racers. On Twitter, Tommy Hahn likened it to a state-fair replica track, while Ivan Tedesco compared it to an Endurocross track. The upside? Lap times never fell below one minute.

This weekend, Phoenix will feature more of a traditional supercross track with longer lanes, although the dry, slick conditions typical of this venue may still make passing difficult. With the combination of much different soil and a different track design, we could see a completely different type of race this weekend.

The LCQs
With the classes as stacked as they are, the LCQs could provide some of the season's most intense racing. In Anaheim we saw names like Eli Tomac, Ryan Sipes, Gareth Swanepoel, Austin Stroupe, Justin Brayton, Tommy Hahn, and Nick Wey in the LCQ. Look for Phoenix to provide some of the same qualifying drama we witnessed last week at A1.

TireGate
Although James Stewart officially runs Pirelli tires, he chose to experiment with a Bridgestone front in one practice and a Dunlop rear in another at A1. This weekend the series rolls into Chase Field in Phoenix, where traction comes at a premium due to the dry and slick dirt. The team did some tire testing in California this week, and it will be interesting to see what kind of tires Stewart ends up on. Will the testing be enough to get Stewart dialed in with Pirelli, his official tire sponsor, or will we see another Tiregate fiasco unfold? 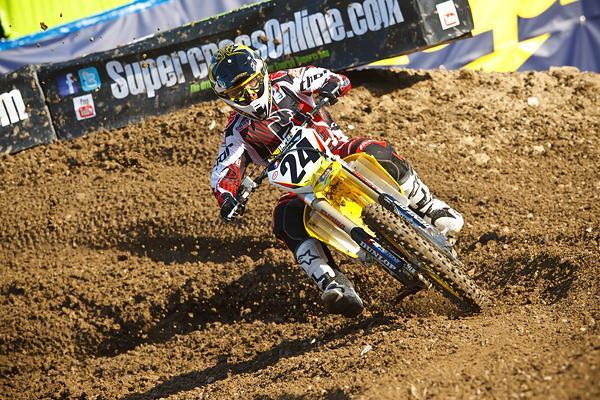 Metcalfe needs to bounce back from a tough opener to reestablish himself as a podium threat.
Photo: Simon Cudby

In Need of a Bounce Back
Brett Metcalfe did not have the ride of his life in Anaheim. The lone Yoshimura Suzuki pilot was slowest in both of his practice sessions and, after running in seventh for a few laps in the main, ended the night in eleventh. We’ve seen better results from Metcalfe in the past, and we’re sure to see some better results from him sometime this season. Will Metty bounce back and find his groove this weekend in Phoenix?

The Return
Osborne showed some great speed at the opener, especially for somebody who hasn’t raced supercross since 2008. Osborne qualified third-fastest, did well in his heat race, and took ninth in the main. After the race, Osborne told our own Steve Matthes that he plans to compete in three more supercross races this season and would like to make the podium at least once. He’s definitely got the speed, and after refreshing his supercross skills in Anaheim, that podium finish could come as early as this weekend in Phoenix.