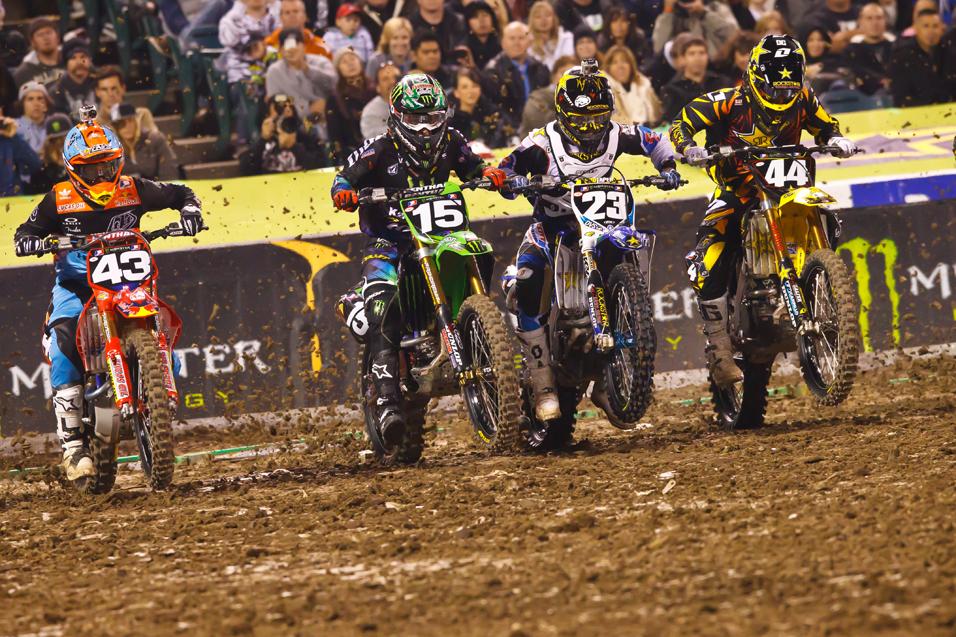 January 10, 2012 2:15pm
by: Chase Stallo
Angel Stadium Anaheim, CA Anaheim I (A1) Monster Energy AMA Supercross Championship
With another season opener tucked away in the record books, teams and riders now have a better understanding of what lies ahead in 2012. Monster Energy Kawasaki’s Ryan Villopoto began his title defense with a controlling performance, as the defending champion began 2012 right where 2011 left off—winning races. Chad Reed and Ryan Dungey were their typical consistent selves, while James Stewart looked flat and out-of-sync en route to a disappointing sixth place finish. In Lites West, there looks to be a host of contenders, but for now Cole Seely controls his own destiny in a talented young field. We will have plenty of bench racing topics for you to digest throughout the week, so sit back, relax, and take a look at the lap charts from Anaheim.

Let’s keep this short and simple: Ryan Villopoto was a step above the rest at Anaheim, blasting the field en route to his second consecutive A1 win. He also set the fastest lap of the night with a 1:00.409 on lap 2.

Anaheim typically weeds out who did and who didn’t do their homework during the off-season. Jake Weimer obviously did his homework. Looking for redemption in 2012 after an injury-plagued 2011 season, Weimer was solid in his A1 SX debut—slicing through the pack finishing inside the top five. But what really stood out was that Weimer set his fastest lap, a 1:02.487, on lap 18! Really showing that he had plenty left in the tank down the stretch.

Whether you loved or hated the track (there seems to be little middle ground on this subject) you have to give credit to the track crew for extending the race. Many have been clamoring for longer lap times, and we saw them at Anaheim, as no one managed to set a fast lap under the one-minute mark. 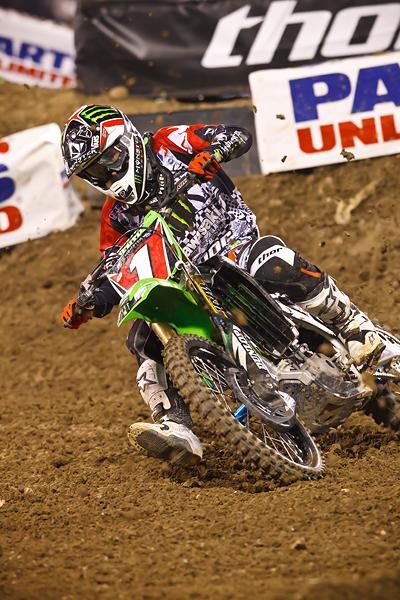 Cole Seely may have won the war, but Eli Tomac won the lap chart battle. The sophomore sensation busted his way through the field, while setting the fastest Lites lap of the main with a 1:01.350 on lap 9.

The moniker on Nico Izzi the past few seasons is that he fades down the stretch. Well, it looks like we are seeing a new Nico Izzi in 2012. After a rough start, Izzi worked his way up to twelfth place finish, while setting his fastest lap on lap 14. A big step forward for the former amateur sensation. 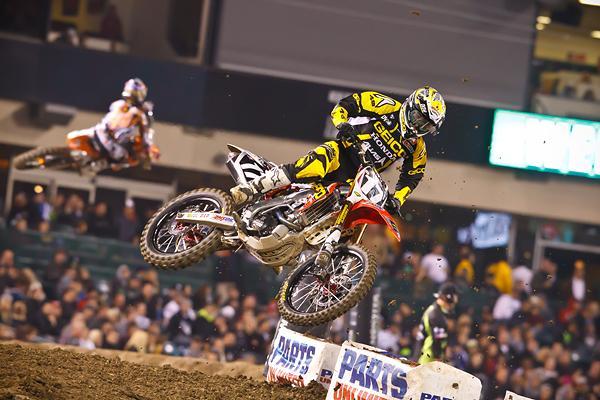