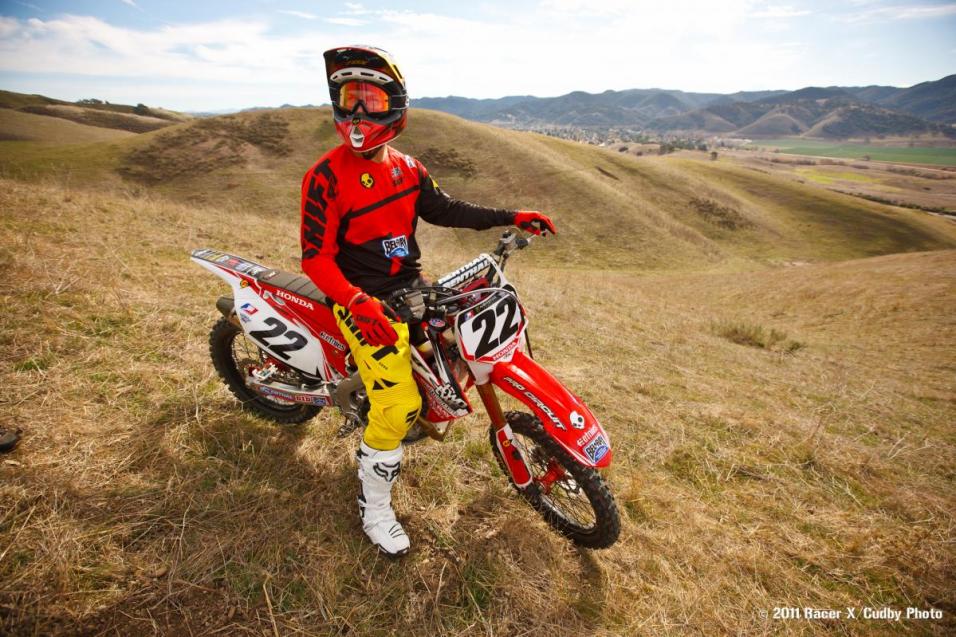 Chad Reed: The Road To Anaheim

January 5, 2012 4:40pm
by: Steve Matthes
Angel Stadium Anaheim, CA Anaheim I (A1) Monster Energy AMA Supercross Championship
Last year it looked like Chad Reed was done. He had a miserable 2010 with Kawasaki and exited the outdoor series with an illness that had his old team and many others questioning his motivation. He had a team he didn’t gel with, a mechanic he didn’t bond with, and a bike he couldn’t figure out.

He wanted to ride for Honda (which would have been his fourth OEM in four years—never a good thing) but they went and signed Josh Grant. That was a huge blow to Reed but he wasn’t going out that way, no sir. Starting his own team (on Hondas, naturally) was a big step forward for the two-two (who stuck with that, naming his team TwoTwo Motorsports and I’d like to think I was somewhat responsible for this because I used to run around and talk all about “the big one-five when I worked for Ferry and I know Reed used to get a real laugh out of this but anyways…) and he threw together a team that wasn’t a team until Thanksgiving 2010.

He did it right though. He hired longtime team manager Dave Osterman and a mechanic named Lars Lindstrom. Hiring Lindstrom was very smart on Reed’s part—not only was Lindstron a top-notch mechanic, but he came directly from Honda where he was loved by everyone. And with him came everything he knew about a factory CRF450R as well. One of the Honda guys told me last year he believed it was the best thing Reed had ever done. It was his in with the factory guys that he so wanted to be a part of. 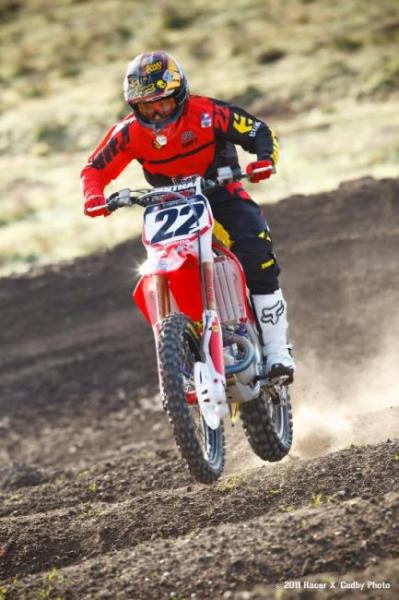 Reed and TwoTwo are back for 2012.
Photo: Simon Cudby

When Reed struggled at the early rounds, it was to be expected. He had a late start on the season and although he was on a good bike, it wasn’t as good as his competitors’. When he got a podium at Oakland, it was nice to see the “old guy” get on the box as a privateer and not go out with fifths and sixths.

But then Reed started getting better and figuring things out. Often at his best when counted out or disregarded (as much as a guy who’s third in all-time wins can be counted out), Reed won San Diego in a mudder. It was the start of some shiny new parts showing up. First it was triple clamps that his sponsor Pro Circuit couldn’t make for him, then it was a front brake. Some technical help with the motor came around soon after and Reed was on his way.

The rider Honda picked to replace him was hurt, there were some extra parts laying around, and what do you know? Reed started getting more and more help and his results showed it. Bursting into the lead in the supercross series, Reed was writing a storybook ending, and if James Stewart had not ridden out of control and taken him out at Dallas after Reed passed him, who knows how differently the series would have turned out?

In the end, a second in the supercross series was certainly something that many (including this media hack) had never predicted. It was quite an achievement for Reed and his team. The question is, what can he do for an encore? 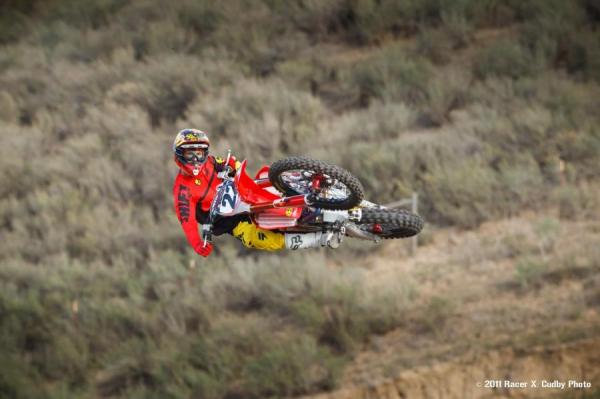 Can Reed add another title to his resume in 2012?
Photo: Simon Cudby

The first thing Reed did was hire his old mechanic Mike Gosselaar, who’s not the primary wrench for Reed (that’s still Lindstrom’s gig) but is a calm, steadying influence on the team. From Lamson to Carmichael to Reed to Dungey and now back to Reed, Goose has seen it, done it, and bought the book. He’s going to be a big asset to TwoTwo Motorsports, no doubt about it. The second hire was Sergio Avanto, who worked for James Stewart last year as the director of chassis development. Avanto is a real-life engineer who previously worked at factory Yamaha and factory Kawasaki. He’ll be in the background drawing some things to make the bike work better in that all-important suspension and handling category.

And the biggest change for Reed going into this this year’s series is the full factory Honda that he’ll be on. Given a factory bike for the last two SX rounds and all of the outdoors was a big boost and Reed’s performance dictated that he keep it. Again, Reed’s Pro Circuit Honda was a great bike, but there’s that certain je ne sais quoi about the Honda factory machine.

Reed’s coming into 2012 probably a bit behind where he was back in the day due to a hand injury he suffered a while back, but there’s no doubt that with his new hires, with his team settled and with that bike, he’s far ahead of last year.

We saw what he did with limited prep and people writing him off. What can the “old man” of the class do to thrill us once again?