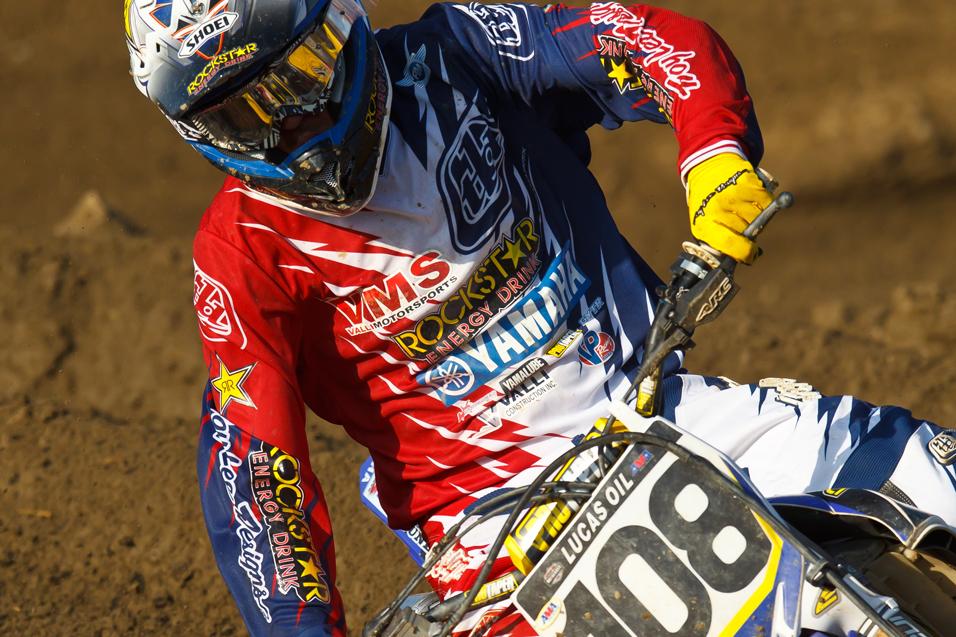 Advertisement | Advertise with Us
So far, Jimmy Albertson hasn’t gotten much rest in the off-season. After traveling to France to compete in the MXoN for Team Puerto Rico, the Rockstar Valli Yamaha rider is now on the road hitting local races and making cash. We caught up with Albertson at Prairie City (the same facility that hosts the Hangtown Motocross Classic) in Northern California right after he had trounced the rest of the 450 pro class at the Dodge Amateur National. In the interview, Albertson talks about 2011, his immediate plans, and reveals the source of his nickname, “Top Jimmy.”

Racer X: Let’s start off by giving the readers an overview of your 2011 season.
Jimmy Albertson
: I started out the year doing my own thing. I had just come back from Europe, and I didn’t have any offers. I got ready to ride supercross and showed up at Anaheim 1 ready to go. I went out and did really well in the first practice, but in the second practice, I slid out in a first-gear corner and just buckled my knee. I ended up tearing my ACL, and breaking one of the pins in my femur that I had from a previous surgery. Not only did I tear my ACL, but I had to have total knee reconstruction, with the MCL and PCL. I had to wait a month until they could even operate on it. We got the operation all done up, I rehabbed, and started riding in June, around Lakewood. I wasn’t planning on coming back until Millville, but I was like, “You know what? Screw it, let’s go race Lakewood.” Things went good, I ended up going twelfth overall, which isn’t bad for being off the bike for six or seven months. From then on I did the next few rounds on my own, and it got so expensive, I didn’t have the money to keep on doing it. I was going to be done riding for the year, until I got a call from Chad Lanza of Valli Motorsports. He wanted to help me out for the rest of the season and put me under the team. I ended up doing that whole deal and had some good finishes on his bike, and that’s kind of where I stand right now. 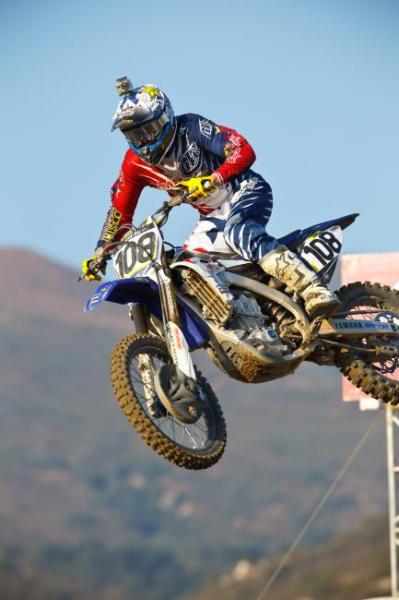 Albertson signed with Valli Motorsports after doing the first few rounds on his own.
Photo: Simon Cudby

It looks like you’ve been spending the off-season on the racetrack.
Yeah, I just got home from the des Nations last week, and now I’m here racing the Dodge Amatuer National. This is my final day here, then I’m heading down to do the Transworld Slam. It’s gone good so far, I won the first two 450 motos. And yesterday I borrowed a stock 250F from Roseville Yamaha, they were awesome enough to just let me take one off the showroom floor. Those guys are great down there. I ended up wadding the bike up big in the first turn, and it took me a long time to get up and going, so I didn’t do so well. After the Transworld Slam I’ll be doing the Pro Challenge in Texas, then I’ve got the Monster Energy Cup.

How did the MXoN go for you?
It was kind of rough, I ran into a lot of different problems. I got into a first turn pileup, somebody came and hit me from the outside. I ended up going down in my qualification race and being stuck in my bike for a long time. I finally got up, rode my butt off, and came back to fourteenth in my qualifier. The rest of the team didn’t ride so well either. It was kind of a bummer deal, we didn’t make it to the A program.

How did you end up on the team?
I got a call from the manager of Team Puerto Rico, I think Zach Osborne put the good word in for me. I ended up getting on the team and I was stoked. I’d wanted to do it in years past, but I didn’t really know who to talk to. The opportunity to go there was really fun, I had a blast. I’m hoping I’ll do the same thing next year, and this time Zach will be healthy so the team will be pretty strong.

How’d you end up with the nickname of “Top Jimmy?”
Steve Matthes came up with that, he always does his little nicknames for everybody. Top Jimmy is a Van Halen song, obviously, so I guess when he thinks of Jimmy, he thinks Top Jimmy. It’s kind of ironic, because I am the best Jimmy there is right now. I’m not saying I’m the best Jimmy there’s ever been, because there’s been some pretty great Jimmy's in the past, like Jimmy Weinert, but right now I’m holding up the flag for Top Jimmy. I felt like Jimmy Decotis was nipping at my heels there for a little bit when I was hurt, but I stretched it back out this outdoor season; I believe I have a higher number than him. Jimmy Stewart is pretty good too. I’ll stay Top Jimmy for next year though, and we’ll see if any other Jimmy's come up to challenge. I’ve actually been scoping the amateur ranks quite a bit, and there’s no kids by the name of Jimmy yet that are on dirt bikes that look like they’d be a threat to Top Jimmy, so I think I’m going to hold this crown for a while. Everything is looking really good. 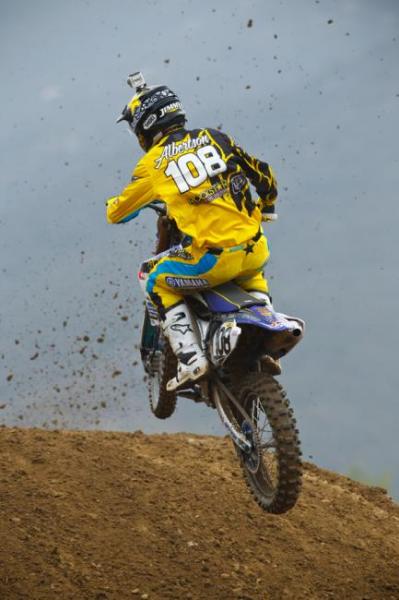 Albertson is still searching for a ride for the 2012 season.
Photo: Simon Cudby

Do you have anything lined up yet for 2012?
Not yet. Chad Lanza of Valli Racing has been helping me out, basically, until I get something. We’re real good friends. He doesn’t really know what he’s doing next year quite yet, if the team is even going to be around, so right now he’s keeping me afloat and keeping me riding, and that’s the big thing. A lot of kids don’t have rides right now, like me, but they also don’t have bikes to ride. Right now I have a team, a mechanic, and I’m really not too worried. I know Chad’s a good guy, and he’s not going to just bail out on me with the bike or anything. Everything is going good. I have bikes to ride, I’m racing the Monster Energy Cup, and I’m taking it day by day. I’m obviously still looking for stuff, but I’m in a pretty good spot right now as far as just being able to ride, do these races, and make some money. Hopefully something comes up, but if not, I’m sure I’ll find my way to Anaheim 1.

What did I miss?
I want to add a big thank you to Roseville Yamaha for helping us out with a 250F this weekend, that was a big deal. And of course Rockstar Valli Yamaha and the whole team.