Advertisement | Advertise with Us
St. Jean d'Angely St. Jean d'Angely, France Motocross of Nations Motocross of Nations
Any time a small-bore rider gets up into the mix against the big bikes at the Motocross of Nations, it trots out memories of Johnny O’Mara’s amazing performance in 1986 at Maggoria, Italy, where he finished second in both motos on a 125. Ken Roczen brought back those images at last year’s MXoN in Colorado. Despite facing horsepower-sapping altitude, the German jumped into the lead mix in both of his motos, taking sixth in moto one, and then running second for the majority of moto two before dropping back to third late in the race. It was a superb ride, but he did himself one spot better this year.

Roczen, now on a Red Bull Teka KTM, took second overall in the first moto of the day behind Chad Reed, and beating, incredibly, MX1 rider Ryan Dungey. He followed this up with fourth in moto two. 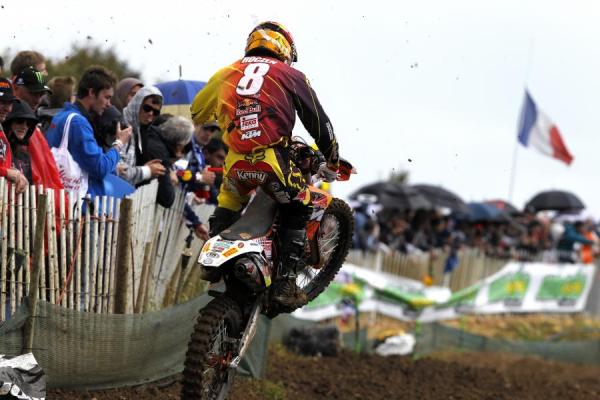 Roczen's performance the past two years at the MXoN has many comparing him to the great Johnny O’Mara in 1986.
Photo: Ray Archer

To really illustrate Roczen’s ride, you have to see how well the rest of the MX2 riders performed against the bigger bikes. Roczen finished a full six spots ahead of the next MX2 rider, Marvin Musquin, in moto one, and seven spots ahead of the second rider, Musquin, again, in moto two. How much of a disadvantage are all the MX2 riders dealing with? Consider that Blake Baggett went 17-17 overall in his motos for Team USA, which seems disappointing at first. But that was actually good enough for a solid fourth in the MX2 class!

Roczen does have an advantage in that his German team can often stick him with their best gate pick in hopes he’ll run very high up in the overall board, while not every other team follows that strategy. But good start or not, you had better be really fast to stay up there—and Roczen has proven to be nearly O’Mara fast for the last two years.