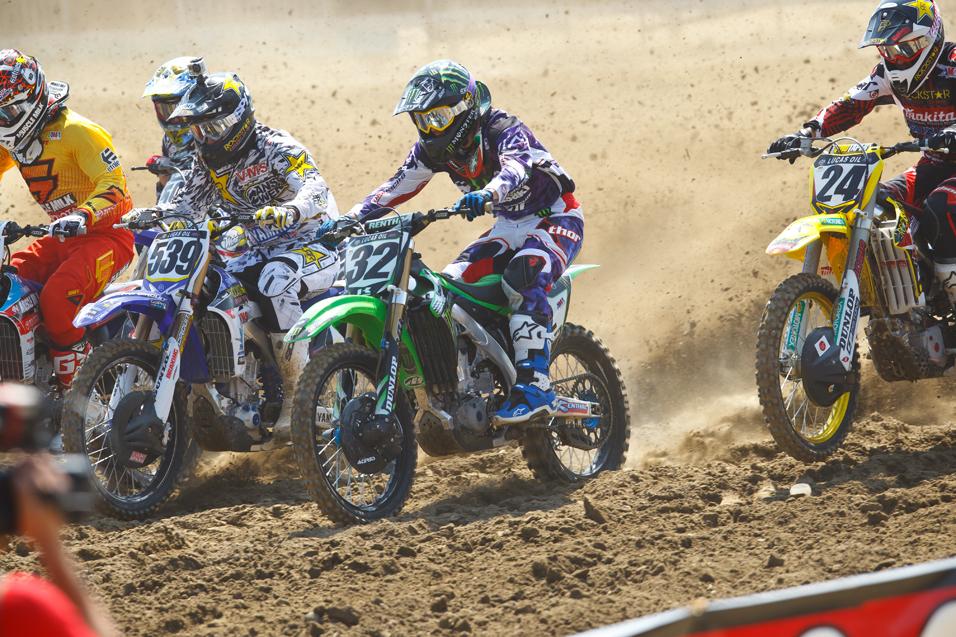 The final round of the Lucas Oil AMA Pro Motocross Championship provided the usual late-season drama as the Ryans battled all the way to the finish line, Pro Circuit teammates Blake Baggett and Dean Wilson had some choice words for each other, and the Justins (Barcia and Bogle) fought hard for their first career overall and moto wins, respectfully. But you will read plenty about the racing throughout the week, so let's get to the lap times, brought to you by Motion Pro.

Monster Energy Kawasaki's Ryan Villopoto was propelled to his first career 450 outdoor title by a magnificent, championship-defining ride in moto one. Villopoto sliced and diced his way through the field after a mid-pack start and stole the moto one win away from rivals Ryan Dungey and Justin Barcia. In the process Villopoto set the fastest lap of the moto with a 2:12.866 on lap 9.

In moto two it was Factory Honda's Justin Barcia stealing the show. The young, flashy, panic-revving New York native jumped out to an early lead after a mistake from veteran Chad Reed and looked to be in prime position for his first career 450 overall. While he was tracked down by a rocket ship in the form of Ryan Dungey late in the race, he was still able to take home fastest lap of the moto honors with a 2:14.079 on lap 3. 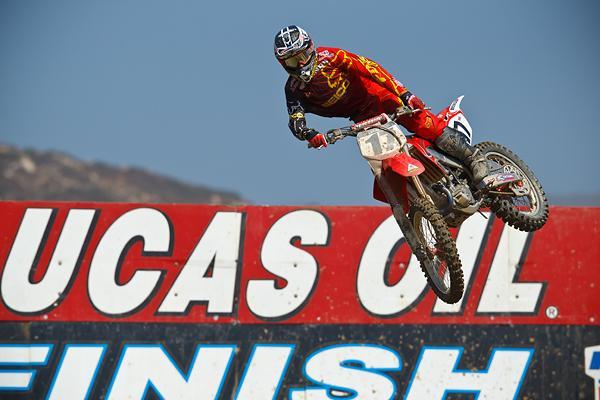 Monster Energy/Pro Circuit Kawasaki's Dean Wilson had already wrapped up his first-career outdoor title a week early at Steel City, but that didn't stop the Scotsman from letting it all hang out at the season finale at Pala. Wilson engaged in a heated battle with teammate Blake Baggett before eventually hanging on for the moto one win. Wilson would set the fastest lap of the moto with a 2:14.029 on lap 3.

GEICO Powersports Honda rookie Justin Bogle continues to impress in his few short weeks on the job. The rookie has been solid since making his pro debut at Unadilla and had his first career moto win within his grasps at Pala before Dean Wilson decided to teach the rookie a lesson. Although Bogle did lose out to Wilson on the moto win, he did set the fastest lap of the moto with a 2:14.801 on lap 4.

DNA Shred Stix/Star Yamaha's  Jessica Patterson would take the overall at the season finale and put down the fastest lap in each moto, but it was long-time rival Ashley Fiolek that would celebrate her third WMX title when all was said and done.