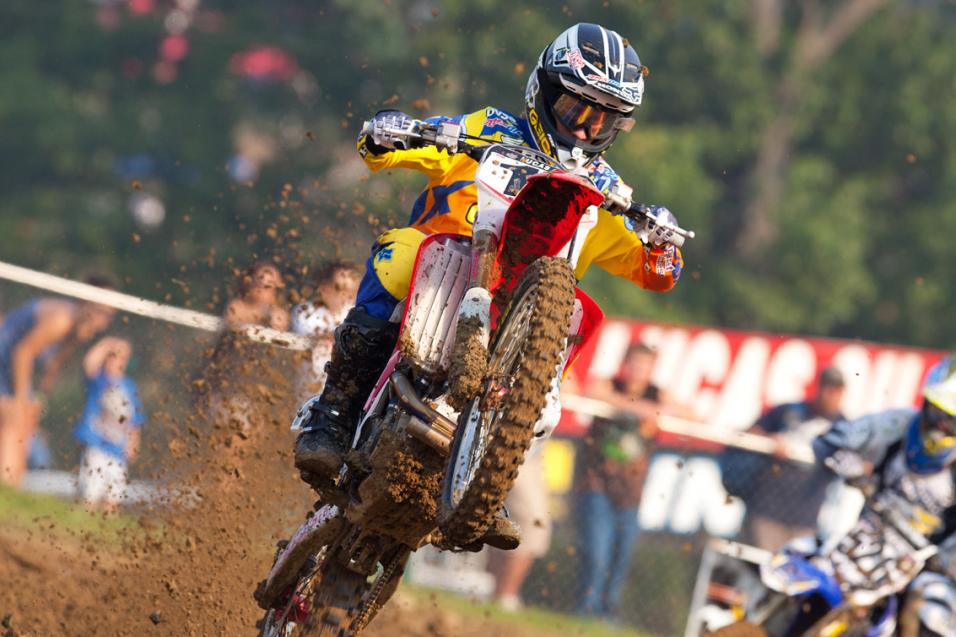 Round eleven of the 2011 Lucas Oil AMA National Motocross Championships are going off today at Steel City Raceway in Delmont, PA under some very hot and humid conditions. The championships in both the 250 and 450 classes are still up for grabs although Monster Energy Pro Circuit Kawasaki’s Dean Wilson does have a chance to clinch his first title today with some luck. In the 450 class just eight points separate Monster Energy Kawasaki’s Ryan Villopoto and Makita Rockstar Suzuki’s Ryan Dungey with Villopoto taking the point.

The track here was a little wet the first set of practices but developed nicely for the second set, ruts were forming and it is going to be an epic day of racing here. Steel City has some jumps, some off-cambers and is a tricky track to navigate with the ruts.

No matter what happens stay tuned to Racer X throughout the day for updates and results as well as catch it on TV later.

A few notes before we get to the practice times. Star Racing Yamaha has amateur winner Kyle Peters under their tent for his pro debut as does JDR KTM with Chris Plouffe. The Troy Lee Designs Honda team replaced injured rider Christian Craig with Canadian Colton Facciotti for these last two rounds. Also making his debut in the 450 class was Nico Izzi who was moving up with help from the Valli Yamaha team.

Because of the track conditions the second set of practices were the faster ones for most riders. And topping the 450 class was Villopoto who had a scorching time that was almost three seconds faster than Dungey. After Dungey it was Dungey’s teammate and last week’s winner Brett Metcalfe. Then it was Izzi and Honda’s Justin Barcia.

In the very competitive 250 class, it was points leader Dean Wilson and then Red Bull KTM’s Marvin Musquin. After that it was Rockstar Suzuki’s Martin Davalos  and his teammate Jason Anderson.