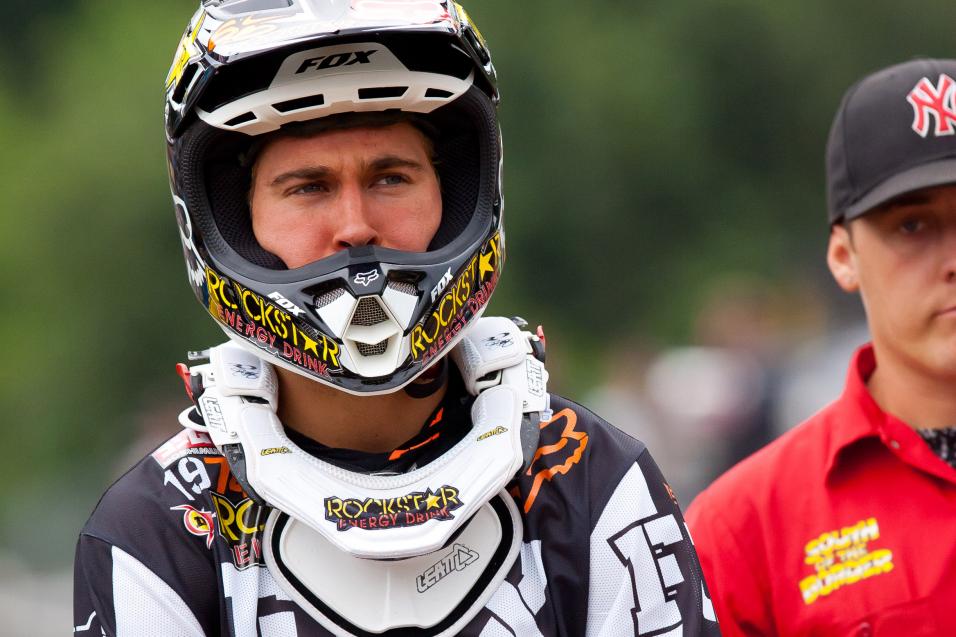 10. BIG LEAGUE CHALLENGE: Okay we finally have this one right this time: California native Chris Plouffe will be making his professional debut at Steel City, filling in for the injured PJ Larsen on the JDR backed KTM team. Fresh off the Open Pro Sport title just a few short weeks ago at the Red Bull AMA Amateur National at Loretta Lynn Ranch, Plouffe looks to make a splash in the big leagues this weekend. Don't expect Plouffe to make the stunning entrance that fellow rookie Justin Bogle did at Unadilla, but don't be surprised to see Plouffe to run inside the top-15, either.

9. LOCAL TALENT: Keep an eye out for current Racer X cover boy Darryn Durham to be running up front in the 250 Class on Saturday. Like High Point, Durham cut his teeth racing at Steel City as an amateur and is probably very close to Broc Hepler in the number of laps completed on the Delmont, PA, racetrack. And remember what “DDT” did with local track knowledge at High Point! 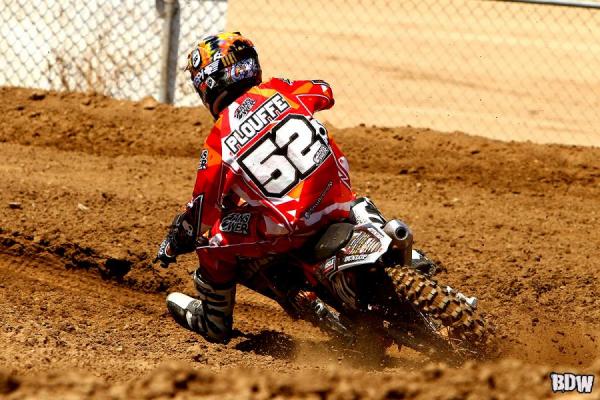 Plouffe will make his pro debut this weekend at Steel City.
Photo: BrownDogWilson

8. NICO RETURNS: After going MIA for the last couple of rounds, Nico Izzi will make his return to the Lucas Oil AMA Pro Motocross Championship this weekend at Steel City. Izzi will make his debut ride for Valli Motorsports aboard a 450--also his maiden voyage in the class. Izzi has showed flashes of his brilliance this season, but has struggled with stamina at the end of motos. Will the move to the 450, and the time off prove to be a beneficial move for the Michigan native? We'll find out this weekend at Steel City.

7. PODIUM PROBLEMS: Red Bull KTM's Mike Alessi has been knocking on the doorsteps of a podium all season long. Since returning from a terrifying crash at the opening round at Hangtown, Alessi has been one of the most consistent riders week-in-and-week-out. But that elusive spot of the podium has haunted Mike the entire season. Alessi has made no bones about it: he wants to be on the podium and feels that's where he belongs. Will he finally break his podium drought this weekend at Steel City?

6. BROTHERLY LOVE: To say that Travis and Shane Sewell have been flying under the radar in 2011 would be an understatement. An injustice for that matter. If you don't know who these guys are by now, do yourself a favor and look them up. The Indiana natives have enjoyed career seasons in 2011, with both having a number of top-20 finishes thus far, and hope to continue that run at Steel City. 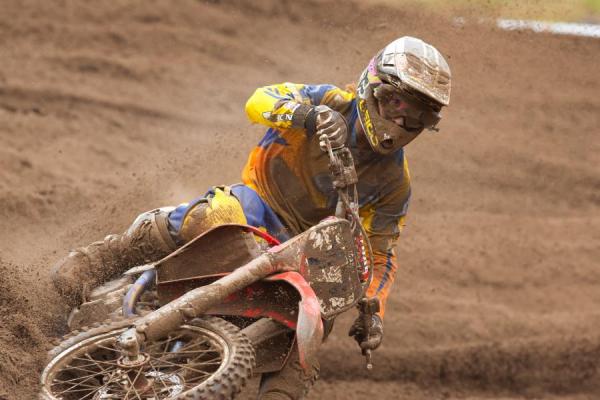 5. STAR DEBUT: Following an injury to his T-10 vertebra that caused him to miss his pro debut at Unadilla, highly-touted prospect Kyle Peters will make his debut aboard Star Racing Yamaha at Steel City this weekend. Don't be surprised to see Peters running with the big boys, remember he did defeat Justin Bogle at Loretta's for the 250 A title--and we all remember what Bogle did in his pro debut.

4. FIOLEK CLOSES IN: Ashley Fiolek has turned the tables back on Jessica Patterson, who turned them back on Fiolek last year. Patterson has been fast, but crashes have thwarted her, while Fiolek has been nearly flawless, and holds a big points lead with four motos to go. 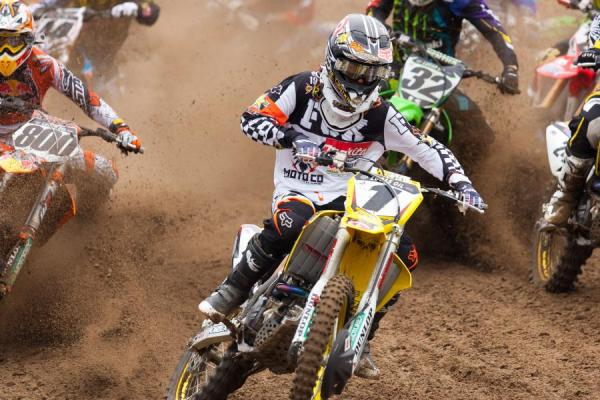 It's down to Dungey and Villopoto for the 450 title.
Photo: Andrew Fredrickson

2. WILSON AND THE MATH: Don’t look now but Dean Wilson could actually wrap up the 250 title this weekend. And this thing was close just a few weeks ago! If he outscores Tyla Rattray by 13 points, he's champ. And where has El Chupacabra been? These dudes are running out of time.

1. THE RIVALRY: For years, Ryan Villopoto and Ryan Dungey tried to shy away from the trash talk and rivalry. They had others to battle--like a common enemy in Jason Lawrence. But they have now peeled off every other potential rival, including even Chad Reed and James Stewart. This title is going to come down to them and them only.