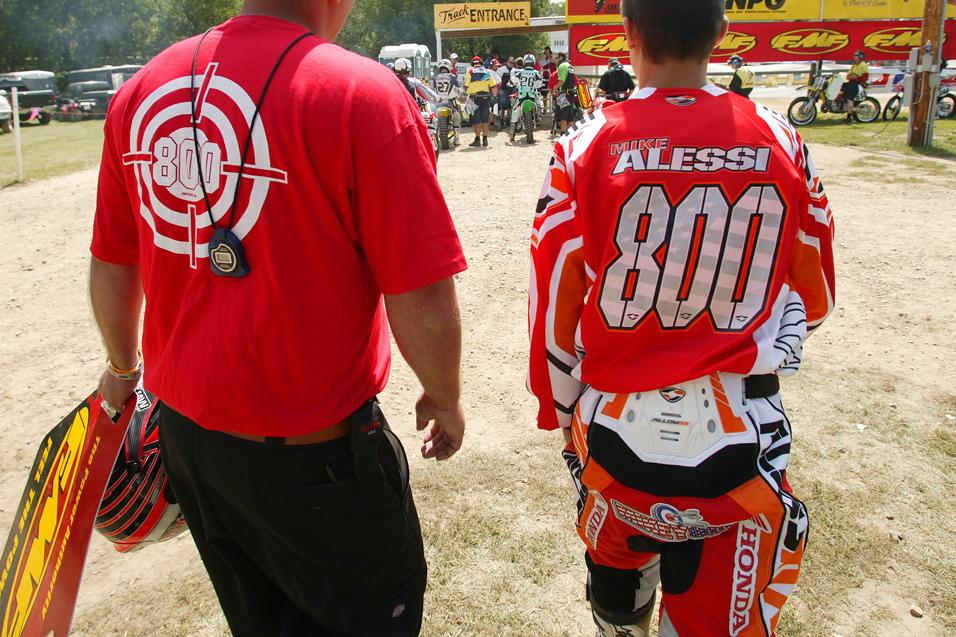 Justin Bogle logged two superb motos over the weekend in his pro debut at Unadilla, which reminded us of some other notable first pro races. This bench-racing list is long, as riders like Jason Lawrence, Matt Goerke, Trey Canard, Blake Wharton, and Ryan Sipes went very fast in their first races. And Kevin Windham leading most of a moto at High Point is memorable—but it wasn't actually his first pro national!

Here's our List of notable debuts. Feel free to argue about in the comments!

10. Mike Alessi in '04: This one is memorable for all the wrong reasons. Alessi was overly hyped going into his first pro race, and the kid struggled on his CRF450R at Millville under the pressure of great expectations. "Believe the Hype" backfired, but Alessi proved not only be resilient but truly fast as well: at his next national at Steel City, he ended up on the podium!

9. Marty Smith, Hangtown ’74: Technically, Marty Smith should be near the top of any rookie list since he won the first AMA 125 National he entered, in 1974 at Hangtown. But that was the first AMA 125 National ever—most of the riders were rookies, technically! (Contender Tim Hart did finish sixth in the 250 series the year before, but the great majority of riders were new). Still, Marty certainly earned his spot in history. He won the next race in Utah, and the championship later that year. 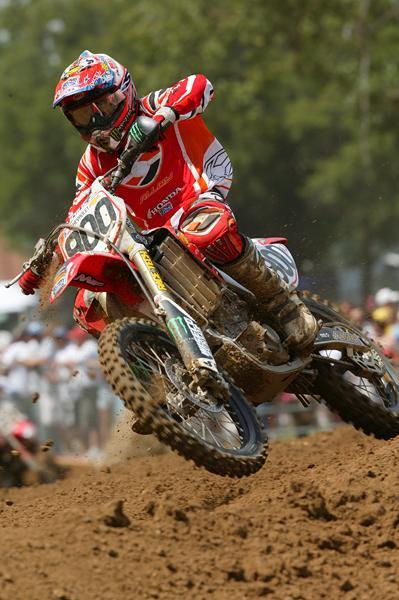 8. Jeff Emig, Washougal ’88: 'Fro may have been a Team Green standout in the amateur ranks, but back then you didn't step from Team Green into a powerful Pro Circuit Kawasaki ride like the kids do now. Nope, Emig and his dad basically took a box van to Washougal and raced on their own—Emig says that basically, when you turned pro, no one even knew who you were, regardless of what you did as an amateur. So what did he do? He led his first pro moto for a while. The thirty-minute moto eventually got to him and he faded a bit. He was so tired afterward that he laid in the grass and told his dad he couldn't even get up for the second race. He did race it, though, ending up fourteenth overall. (Honorable mention here to Josh Grant, who also led his first pro moto at Hangtown in 2004, but stalled the bike and couldn't get it restarted.)

7. Justin Bogle, Unadilla ’11: The Oklahoman’s fifth overall via 6-6 scores would have lit the internet on fire if two of his GEICO Honda teammates, Justin Barcia and Eli Tomac, hadn’t reset the standard with their sparkling debuts in 2009 and 2010. But one notable difference: Bogle was racing at Loretta Lynn’s Ranch as an amateur seven days before Unadilla. Barcia and Tomac had an entire winter and spring to focus on nothing but their pro debut, and they started at the motocross season opener when their competition was still adjusting from supercross. Bogle jumped in when everyone was in midseason form.

6. Damon Bradshaw, Millville ’88: Like Emig, Bradshaw completely shocked everyone when he scored fourth overall at his first pro national. Amateur kids just didn’t do this back then. Amateur kids weren't household names at the time—you were supposed to toil as a privateer for a few years, pay your dues getting butt-whippings from the stars, and then maybe get a factory ride after awhile. Bradshaw was arguably the first "factory" amateur, and after his superb debut, which stood as the all-time high-water mark for debuts for quite some time, everyone knew who he was. 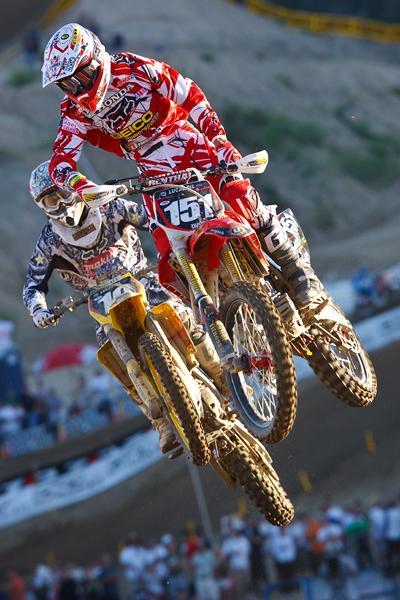 5. Justin Barcia, Glen Helen ’09: Barcia came in with Bradshaw-style confidence. He was not intimidated at all by the established stars of the game and came out swinging in his first pro race. He took the lead on the first lap of his first pro moto and led for a while until crashing. He was even better in moto two, taking the lead again and holding off Ryan Dungey for nearly thirty minutes. His 9-3 scores gave him sixth overall, but he led seventeen of twenty-seven laps on the day.

4. Ernesto Fonseca, ’99/Trey Canard ’08: Ernie came out swinging in his first season as a professional, winning the first four 125 SX races he entered while riding a Yamaha of Troy YZ125. The Costa Rican set all kinds of records for a successful start to his career, as he would also add the East Region SX crown. He did, however, race one 125 National at Steel City at the end of the 1998 season. Similarly, Trey Canard won his first three Lites SX races in 2008, but he raced a handful of Lites Motocross rounds at the end of 2007. So okay, it wasn't their first pro race, but you’ve gotta give a kid credit for dominating right out of the gate in supercross!

3. James Stewart, Anaheim 1 '02: At just 16 years and 14 days of age, James Stewart made his debut at Anaheim 1 on January 5, 2002. He promptly crashed several times, yet he persevered and kept moving through the pack. He ultimately landed in second at the checkered flag, with only Travis Preston leading him. One week later he would win the San Diego SX. He remains the youngest rider to win in the Lites class. 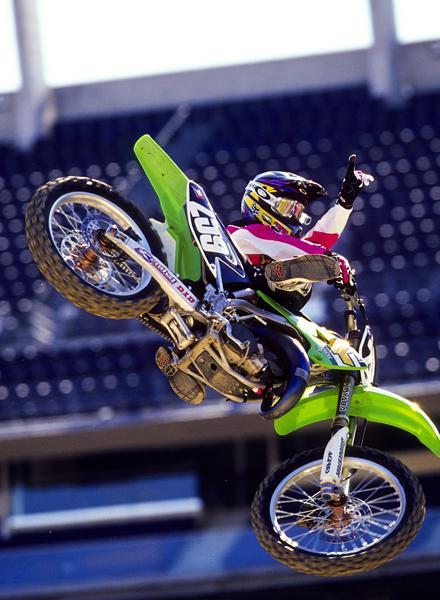 2. Eli Tomac, Hangtown '10: His first pro race has been his best so far. Tomac sat out all of the 2010 AMA Supercross tour before turning pro for the American Motocross series-opening Hangtown Classic. Tomac led both motos on the #243 GEICO Honda CRF250R, icing the deal with a second-moto win and becoming the first rider to win an AMA Motocross round as his first professional race.

1. Marty Tripes, Superbowl of Motocross: Here's a record that will probably never be broken. At the age of 16 years and 10 days, Marty Tripes won his first official professional race—the first modern supercross race—at the Los Angeles Coliseum. Tripes went 2-2-2 in the three-moto format to win Mike Goodwin's first "stadium motocross" race in the premier class. It would be the equivalent of a kid winning Anaheim 1 in the 450 Class, less than two weeks after his sixteenth birthday!