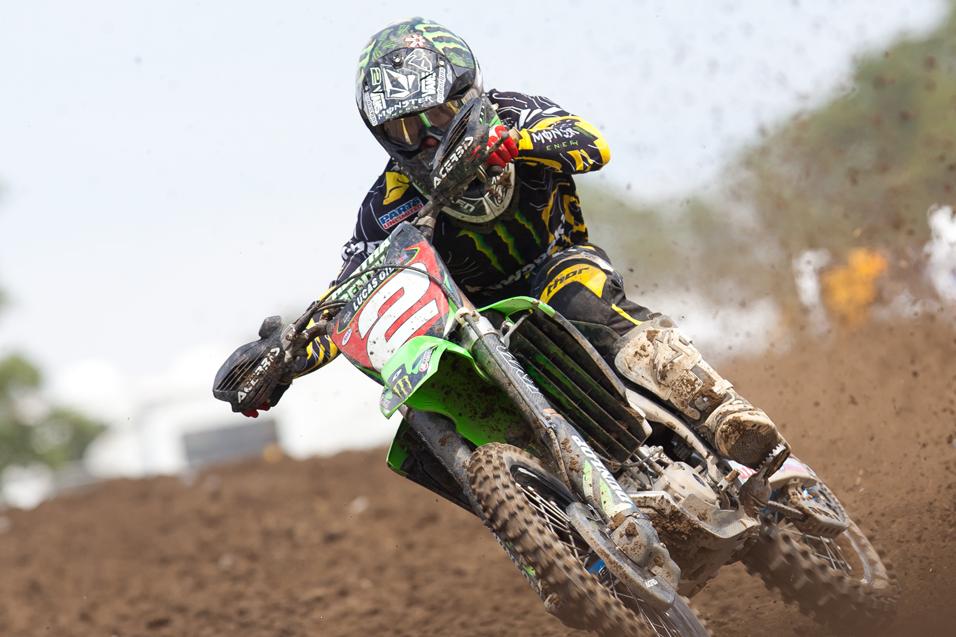 Monster Energy Kawasaki’s Ryan Villopoto has won quite a few motos this summer, and he even took the overall at High Point--round three of the Lucas Oil AMA Pro Motocross Championship. But the one thing he has been unable to do until Unadilla, even though he was the points leader coming into the race, was to sweep both motos. At Unadilla, aboard the new 2012 Kawasaki KX450F, he pulled it off, winning both motos going away.

Racer X: Ryan, how much better do you feel after finally pulling off the 1-1 moto sweep today?
Ryan Villopoto: It definitely feels good. It feels a lot better to get both the motos sealed up. The decision we made to go to the 2012 made a big difference. I’ve showed that I can win on our old bike but it’s just a lot harder. Our new bike is a lot better.

Tell us the story about how it came about that you are racing the 2012 bike now...
They changed the frame, but left everything else the same, and I rode it just a short one lap, one slow lap, and I could tell right off the bat that it was going to be good. 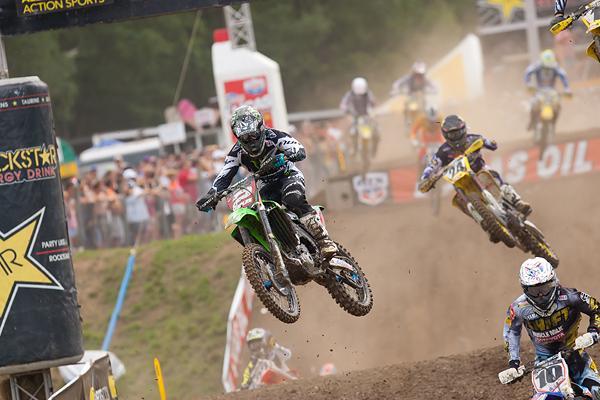 Did you start getting excited?
Not too much because you never know until you actually go racing. You can test and test and test, but something is always going to pop up when you go racing.

You looked like you were charging the corners way harder today than you were before.
Yeah. I felt like I could charge and just hit my lines the way I wanted to hit them and not have to worry about getting beat up.

People are going to call BS on the bike making that big of a difference, so what can you say to shut them up?
The guys in Europe were already racing it, and when it came available for us to ride it, we flew to California with, like, a day’s notice and went and rode it. I’ve been riding it probably for two weeks now. That’s it. That’s all the time that’s on the 2012. The suspension is the same. We worked on the suspension a little bit more, but it’s mainly the frame that’s the big change. It’s a lot better. Even Jeff [Emig] said the same thing.

You’re now on the Motocross of Nations team, and you haven’t been on that team since you were racing 250Fs. How do you feel about it?
It will be good. It’s always a lot of fun to go over there. I’m looking forward to it. We’ll just see how this plays out; who’s racing what [between Ryan Dungey and Villopoto, who will be racing MX1 and who will be racing MX3].

Well, you know you’re going to have a target on your back, though.
We always have a target; the Americans always do. I’ve already raced it three times. I’m ready for it. 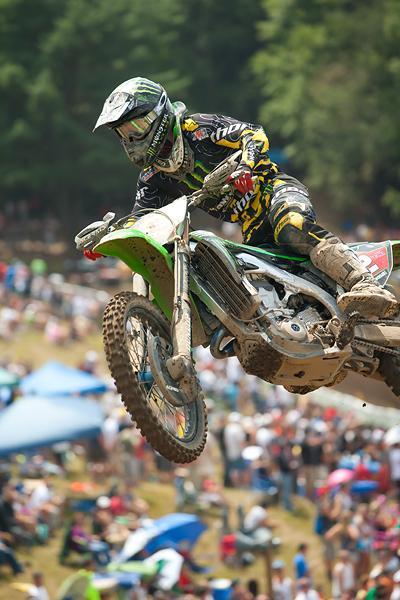 Yeah, you did all right before. Have they given you any idea who will ride MX1 and MX3, or what will be the determining factor?
No. They don’t know how they’re going to decide yet. I thought it’s always been just points leaders.

Would you be okay with deciding classes after we know who the champ is?
That’s another talk about if they just make the decision now or make it off of that. I don’t know what they’re going to do.