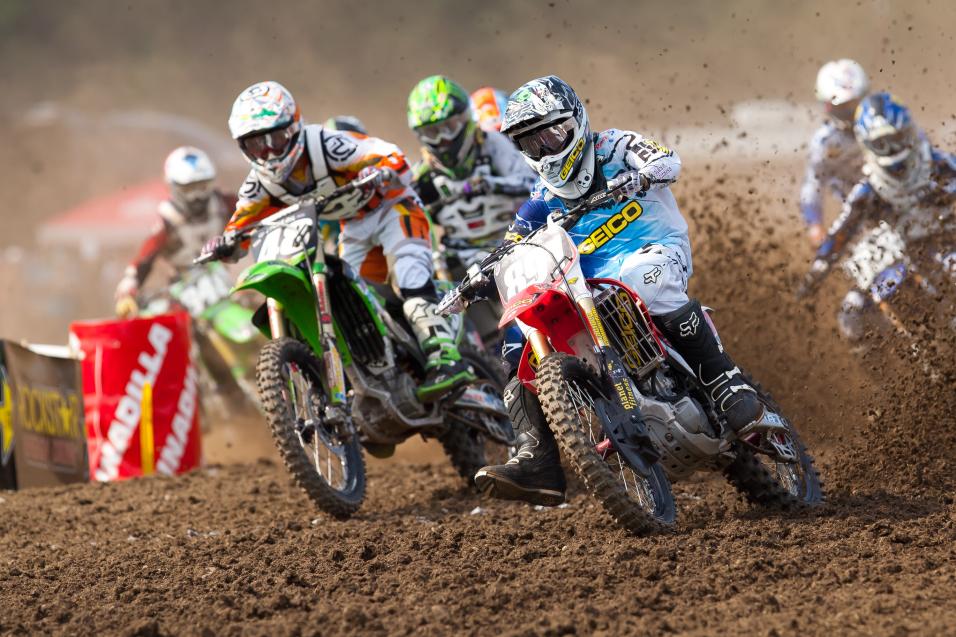 Ryan Dungey wasn't able to extended his two race winning streak at Unadilla, but he was able to set the fastest lap in moto one with a barn burning 2:05.871--edging out Ryan Villopoto's 2:05.875 by a hair.

Moto two was a different story as Villopoto blew the doors off the rest of the field en route to a blistering 2:07.369 put down on lap 6--which was a full two seconds faster than Dungey's 2:09.474. Villopoto now holds a seven-point lead over Dungey with three rounds remaining and has momentum on his side as the series heads to Southwick.

One other interesting note before we leave the 450 class. JGR's Justin Brayton put the hammer down on lap 16 and set his fastest lap of the race in moto one. Well done, well done indeed. 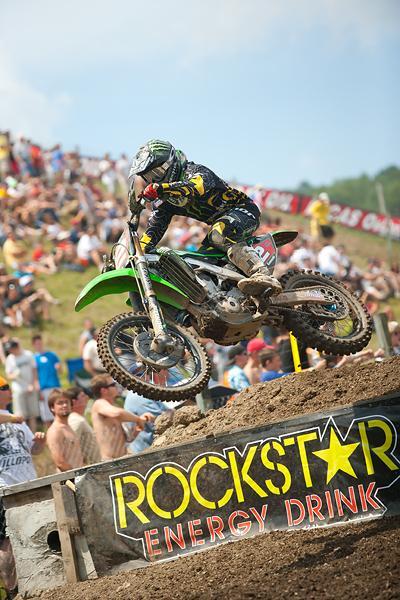 Monster Energy Pro Circuit Kawasaki's Dean Wilson took command of the 250 class over the weekend at Unadilla. Wilson obliterated the field en route to his first overall of the season via 1-1 moto scores. Now with a commanding 25-point lead over teammate Blake Baggett, Wilson looks primed to win his first career outdoor title. But let's get back on track; this is Sign of the Lap Times after all. Wilson set the fastest laps in both motos with a 2:08.976 in moto one and a 2:10.589 in moto two.

While one AMA Horizon Award winner was making headlines in his rookie debut--Justin Bogle--another was trying to resurrect a rookie season gone wrong. Rockstar Suzuki’s Jason Anderson is slowly regaining the form that made him the hottest prospect coming into the pro ranks this season. Anderson was running inside the top-10 for the majority of moto two before taking a digger and fighting back to finish 23rd. But Anderson can take solace in setting the seventh fastest lap of the moto with a 2:13.284 on lap four. 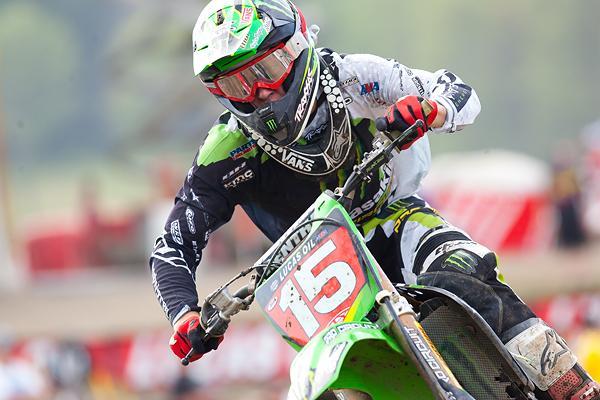