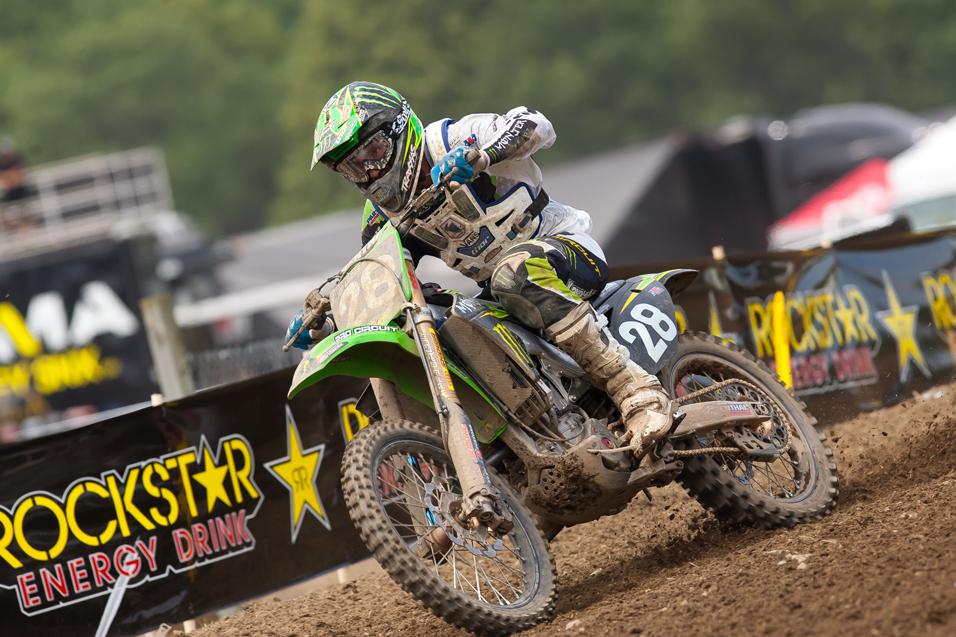 Advertisement | Advertise with Us
Unadilla MX New Berlin, NY Unadilla Motocross Lucas Oil AMA Pro Motocross Championship
Following the 250 class this summer, the storylines were pretty simple. Blake Baggett was the fast but wild one, Tyla Rattray was the solid and consistent one, and Dean Wilson sat somewhere in between. The two kids, Wilson and Baggett were going to have their good and bad moments, but Rattray was the one with championship experience and championship consistency. You could count on him staying in it to win it.

So it’s a shocker, then, that a season-changing moment at Unadilla took place for Rattray. After charging back from a crash in moto one, he was trying to do the same after a bad start in moto two, but he crashed hard, bumped his head, and failed to finish the moto. 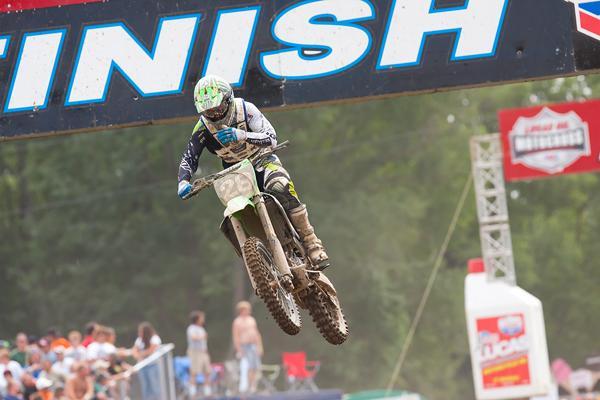 A hard crash in moto two may have cost Rattray a shot at the title.
Photo: Andrew Fredrickson

His teammate Baggett was right behind him and saw the crash unfold. “He actually passed me before that, and he was going just bezerk fast,” said Baggett. “I thought he was kind of out of control. I tried to jump in behind him and follow him right away, but he started gapping right away. He was going for it. And he came over that jump, he was swapping before he even got to it. I saw the whole thing, and it was dirty. I never want to see anyone do that. I definitely had that in my mind.”

Rattray was able to get up and log a few laps, but it was obvious he wasn’t going to get into the points, so he called it quits. With a weekend off, he could be back for Southwick, a track he’s had great success on in the past. But suddenly, thanks to one crash, Rattray is 43 points down to Wilson in the series standings. In this game, things can change in a moment.