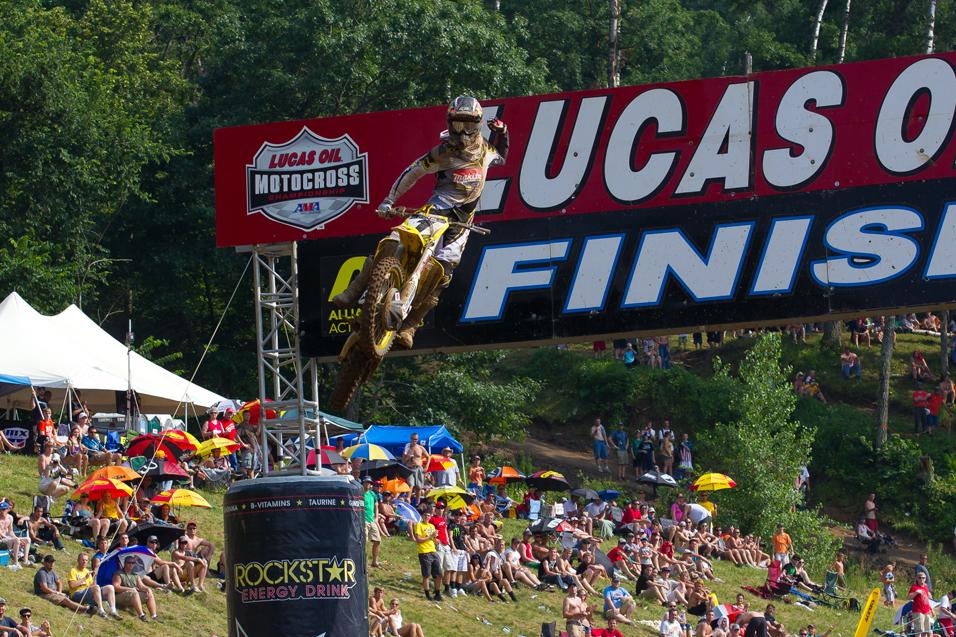 Advertisement | Advertise with Us
Spring Creek MX Park Millville, MN Spring Creek Motocross (Millville) Lucas Oil AMA Pro Motocross Championship
At his home track with thousands of his fans watching, Rockstar Makita Suzuki’s Ryan Dungey won his second national of the year. It was a great ride as he erased an almost ten-second advantage that Ryan Villopoto had on him in the second moto to go 2-1, win the race and more importantly gain a ton of points on the series' leader Chad Reed. It hasn’t been as easy as it was last year for Dungey but he’s hanging around and has almost erased that deficit he had from his DNF at Texas.

After the press conference, I caught up to Ryan as he was leaving and got his thoughts on the day.

Racer X: Ryan, great ride today, home track win.
Ryan Dungey: Thank you, it was good. For how wet the track was and how much rain they got, they did a good job prepping the track. First motos was a little mucky for sure and I got second. Second moto I got a good start, lost some time in the beginning of the race but was able to make it up and pass for the lead and get the overall on the day.  Absolutely, it’s great to be here in front of family and friends and get the win. It’s a step in the right direction.

In the second moto, RV was pulling out a big lead early. What kind of adjustments did you make to catch up to him?
I just didn’t stop pushing, I was losing a little time every lap but around half-way, I could see that my times were starting to get better and better.  I was matching his if not better. I realized that I was right there and it’s important to look at your pit-board to know where you’re at. It’s cool to make that push, it was tough and I was able to catch him and make the pass. I think that second moto came down to a lot of fitness. 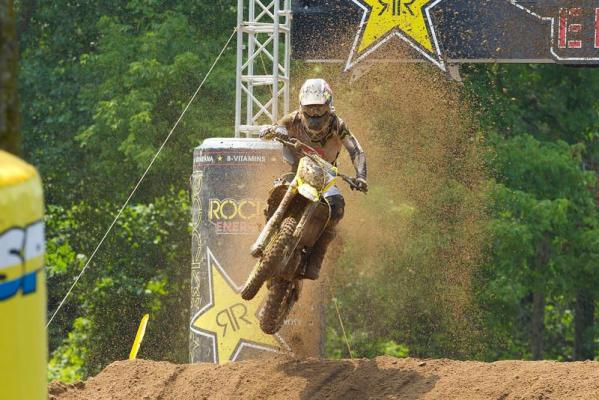 Dungey picked up his second overall of the year at Millville, and more importantly a handful of championship points.
Photo: Brian Robinette

So you have to be feeling good about this win going into the second half.
Absolutely, for sure like I said- it’s a big step in the right direction and building some momentum here. I have to try and get maximum points but it’s early and there are still lots of races left. It’s important to keep it one race at a time, it’s important to keep locked down, keep pushing hard and we’ll see how we do.

Next year you’re a free agent and there’s lots of talk about that, can you give us any idea on what’s going on with that?
It’s a lot of stuff. Just try to keep moving, focus on my deal and let that other stuff happen.