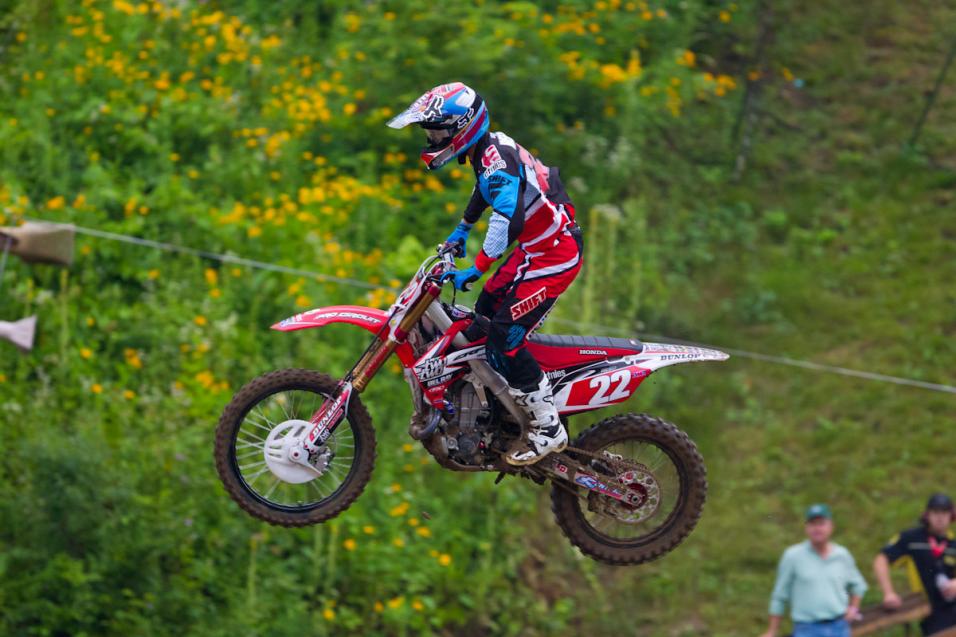 Rain has hammered Millville, Minnesota for the better part of the past two days but Mother Nature has relinquished her wrath over Millville, as the skies cleared for moto one. American Honda’s Trey Canard grabbed the headlines early as he set the fastest lap time in practice in his first career 450 outdoor race. But it was point’s leader Chad Reed that would steal the show at round seven of the Lucas Oil AMA Pro Motocross Championship from Millville, MN.

Reed grabbed the holeshot followed by Ryan Dungey, the aforementioned Trey Canard, with Mike Alessi and Brett Metcalfe rounding out the top-five. Ryan Villopoto would round the first corner in seventh. Dungey and Canard would pressure Reed for the lead early, while Villopoto was struggling to make his way around teammate Jake Weimer and Metcalfe.

A big mistake in the whoops would prove costly for Dungey as it allowed Reed to open a gap that would never close.  Alessi and Canard would hold Villopoto at bay allowing Dungey and Reed to gain valuable championship points. Eventually Villopoto would bully his way around Alessi and Canard, but it was too little too late for Villopoto as he had to settle for third.

Reed would cruise to the moto 1 win followed by Dungey, Villopoto, Alessi and Canard rounding out the top-five. Metcalfe would rebound from an early crash to take sixth, with Andrew Short, Jake Weimer, Tye Simmonds and privateer Jimmy Alberston finishing off the top-ten.