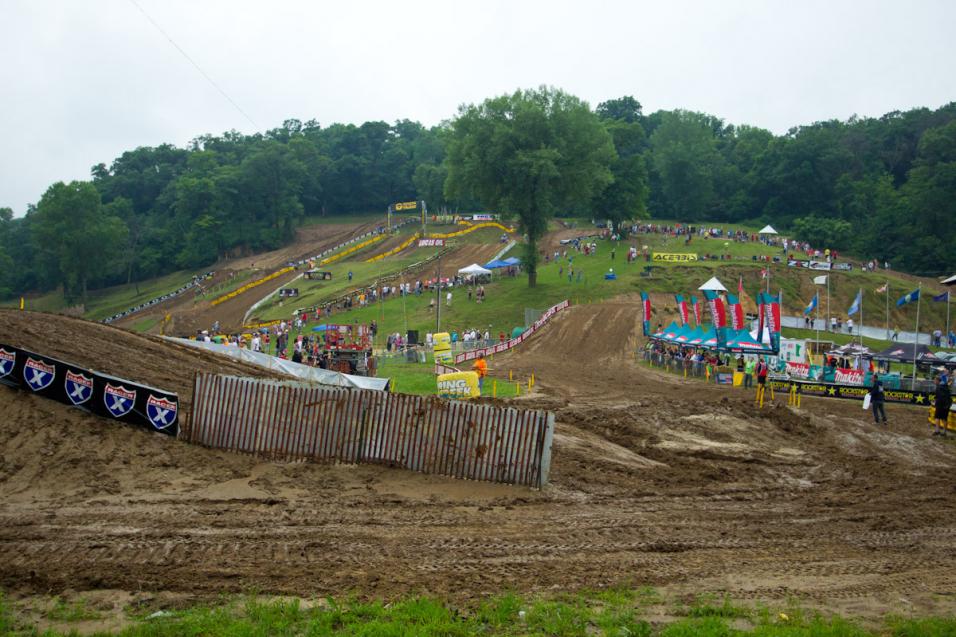 Will anyone stop the Pro Circuit locomotive that continues to roll through the 250 class? Many have tried—Barcia, Sipes, Durham—but most have failed. The new challenge to the Pro Circuit squad came in the form of Star Racing’s Kyle Cunningham.

Cunningham grabbed the holeshot in moto one, but was quickly gobbled up by point’s leader Dean Wilson, with Tyla Rattray, Ryan Sipes and Blake Baggett in tow. Cunningham looked poised to break up the Pro Circuit podium party as he challenged Wilson early for the lead. Meanwhile Baggett was making his typically hard charge through the pack as he made his way around Sipes for fourth. Sipes would drop the anchor late in the race eventually crossing the finish line in 12th.

Wilson would distance himself from Cunningham but still had trouble in the form of teammate Tyla Rattray. Wilson and Rattray would play cat and mouse all moto long as Wilson would stretch his lead only to have Rattray reel him back in. Rattray would pressure Wilson all the way to the final turn, but Wilson was able to hold off the late charge and take the moto one win.

Baggett would take third to complete the Pro Circuit podium sweep, with Cunningham in fourth and a hard charging Gareth Swanepoel taking home fifth. The fourth member of the PC squad, Broc Tickle would take home sixth followed by Alex Martin who put on an unbelievable late moto charge at his home track. Darryn Durham, Wil Hahn and Martin Davalos would round out the top-ten.

More bad news for GEICO Honda’s Justin Barcia as he went down hard early in moto one and reportedly has a broken nose.