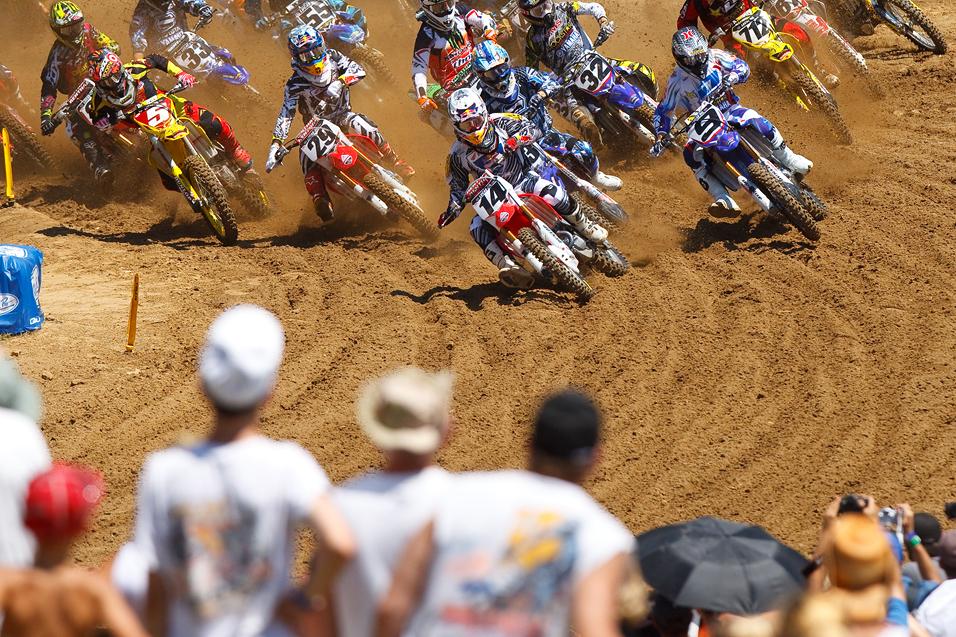 10 Things to Watch For at Millville

Advertisement | Advertise with Us
Spring Creek MX Park Millville, MN Spring Creek Motocross (Millville) Lucas Oil AMA Pro Motocross Championship
10. The Whoops: Outside of the spectacular LaRocco's Leap, perhaps no obstacle is more infamous in this series than the Millville sand whoops--heck, they even built a replica set at RedBud. As always, a true test for man (and woman) and machine back here.

9. The Start: Spring Creek's high speed, right-handed first turn is one of the coolest to watch in this series. It's fast, wide and leads riders into a rough straight where you can make passes quickly if you don't get the start. And expect some great photos of all of this from the tower above the start, a pretty unique feature. This 12-race tour features eight left-hand first turns and four rights (here, Freestone, Colorado and Unadilla) and the right-handers are always a little trickier since the rear brake pedal is on that side.

8. The Set Up: Millville presents a dynamic combination of sand down in the bottom and hard-stuff up on top of the hills. That creates a test of compromise for suspension and tire guys--set the bike up for sand whoops or big, choppy downhills? 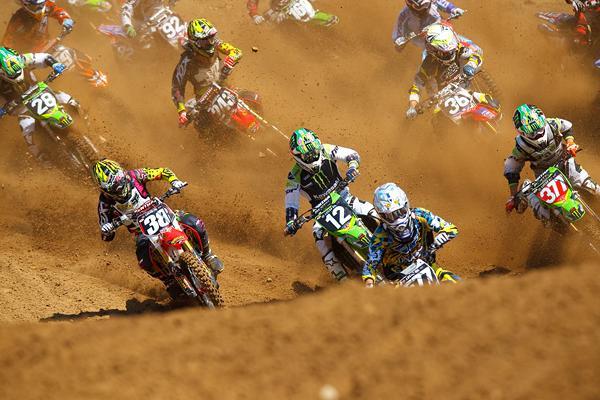 The start at Millville is always a challenge for the riders.
Photo: Simon Cudby

7. Weather Effect, Part 1: The impact came already, as this track has taken on some big rains over the last year, including one a few weeks ago. The crew is working hard, and chances are you won't even notice when you show up. But you never know if the obstacles and dirt will shape up exactly like they used to until the gate drops.

6. Weather Effect, Part 2: The forecast looks tame enough, with sunshine, temps in the 80s and nothing more than the typical summer thundershower possibility. But with the way this place was hit with rain recently, it's clear that even a small shower could turn into something big.

5. The Reset Button: Much-hyped rookie Jason Anderson has had a terrible season thus far, and he got a few weekends off to rebuild his fitness base for a second-half rebound. Said rebound needs to start here. And PJ Larsen came into the season with high expectations after a year down under. He's been struggling with a wrist problem all year, though. After missing most of the nationals, he is going to take another shot at it this weekend.

4. Fiolek/Patterson Part Infinity: Yes, Ashley Fiolek has held the WMX points lead through most of the year, but that was mostly because Jessica Patterson crashed and finished 13th in a moto at Freestone. JP won every other moto--until RedBud, when AF67 stepped up and scored straight up a 1-1. These two will get it on again this weekend.

3. Under/Over: While the headlines each week are dominated by a three-pack in the 450 and 250 class, that means another story is developing: others who wanted to contend for wins and podiums are getting shut out. In the 450s, Mike Alessi, Kevin Windham, Brett Metcalfe and Jake Weimer, to name a few, are hoping to get on the box soon. And in the 250s, the GEICO Honda tandem of Eli Tomac and Justin Barcia started the year thinking title. Now they're just looking to get a moto win. 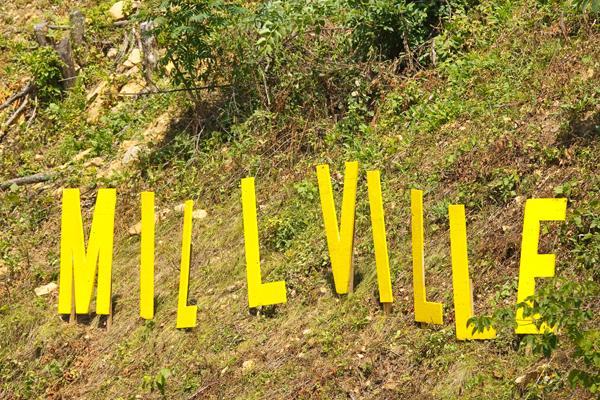 The series returns to Millville this weekend.
Photo: Simon Cudby

2. Canard Returns: Perhaps it's unrealistic to think Trey Canard is going to just instantly run with Reed, Villopoto and Dungey for 30 plus 2. Twice. But Millville is just a start, and we would be surprised if he doesn't mix it up with them before long.

1. Second Half Surge: Reed, Villopoto and The Dunge have been on full-max for the last few motos, and they've battled each other to a standstill. Is there any room left to grow? Will anyone step up and reel off a big streak? Now's the time.