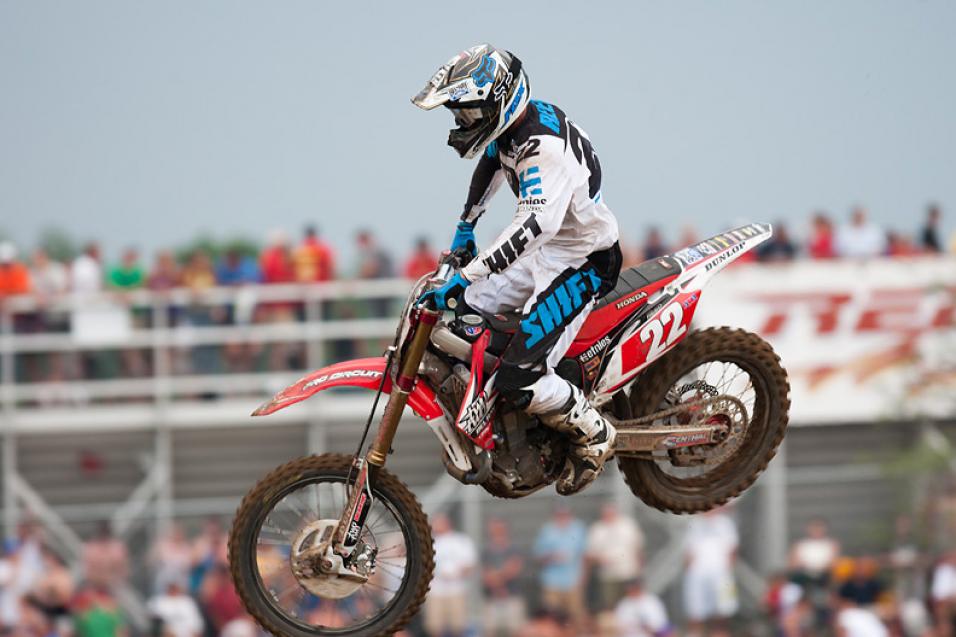 July 4, 2011 11:55am
by: Jason Weigandt
RedBud MX Buchanan, MI RedBud Track 'n Trail Lucas Oil AMA Pro Motocross Championship
Thirty-minutes and two laps is a long time to do battle on a motocross track, but often the races change in much smaller segments of time. The Moment focuses in on those small slices that can change an entire weekend.

Everyone expected Red Bull KTM’s Mike Alessi to make an impact on this Lucas Oil AMA Pro Motocross Championship, but more likely as a starter than as a passer. But over the weekend, Mike didn’t get a holeshot in either moto—and he made an impact. 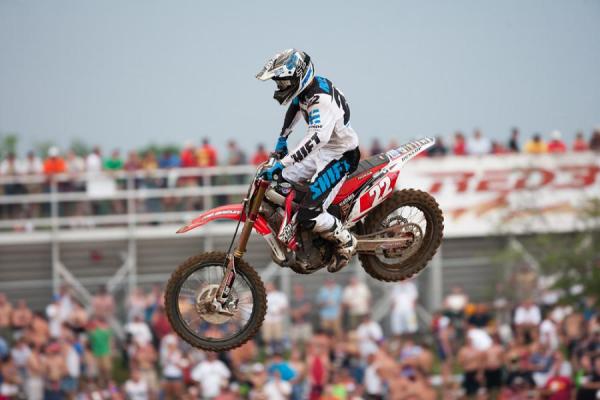 Reed had to fight of a fiery Mike Alessi to capture third in the second moto.
Photo: Andre Fredrickson
“Second moto I had a good start, came out in third,” explained Chad Reed. “And actually Dungey made a few mistakes and I tried to get by him. I made a few mistakes myself and Alessi was able to get by. As soon as that happened I just knew I needed to be smart and race for third and hope that Dungey didn’t get Villopoto so I would get the overall. The one thing about this race track, it’s a great race track, but it can be a little hard to pass at times. That actually worked out in my favor in the first moto. Second moto, I was just riding patient for a little bit and waiting for him to wear out.”

Yup, Alessi made the pass on Reed on the first lap, and Reed, who had won the first moto, wasn’t going to be able to run for a second moto win. You can’t fault Alessi for racing as hard as he can. That pass he made may have changed the complexion of that second moto. And it could change the complexion of the championship, as Villopoto was able to gain five points back on Reed by taking the moto win.