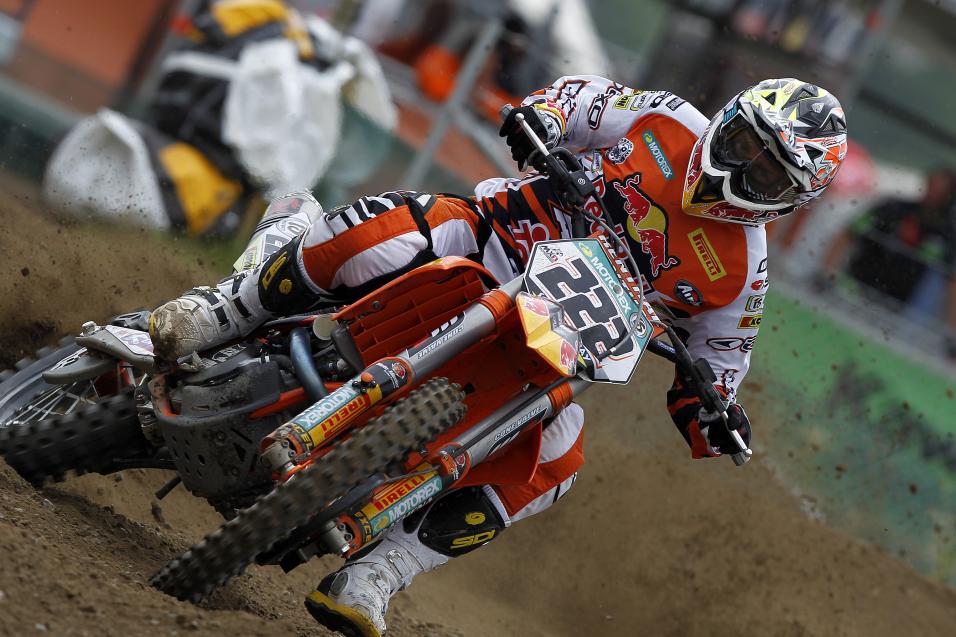 The Grand Prix of Sweden was the stage for a set of authoritative displays by Monster Energy Yamaha’s Steven Frossard and Red Bull Teka KTM’s Ken Roczen as both riders established their title credentials with 1-1 results across the bumpy and slippery Uddevalla hard-pack.

One of the major discussion points coming into the eighth round of fifteen was the level of fitness regarding MX1 series leader Clement Desalle. The Belgian had inexplicably dislocated his right shoulder on national duty the previous weekend and his condition briefly reignited the argument over (needless?) risks of competing in two championships. The Rockstar Suzuki factory rider – winner of three events so far this season – then crashed on the first corner of the qualification heat and then jarred his left shoulder hitting a bump on his way to nineteenth. Nursing a mangled forefinger, Desalle was barely able to articulate his disappointment and fury on Saturday evening. On Sunday morning he then slipped off in warm-up and tweaked his knee. Considering the adversity Desalle’s run to 8-7 was impressive stuff. 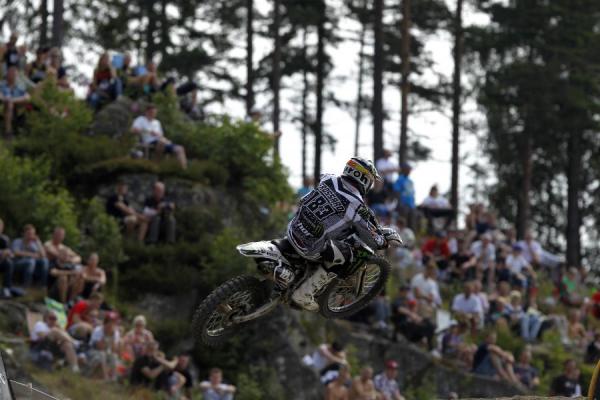 Frossard went 1-1 for the overall in Sweden.
Photo: Ray Archer

While the paddock expects the arrival of Christophe Pourcel for the German round this coming weekend and another high-profile rider to add to the MX1 mix, the class continues to provide the entertainment ‘juice’ of the Grand Prix scene.

Frossard was at the front of it and his two positive starts helped him shadow Honda World Motocross Evgeny Bobryshev for virtually all of the first moto until deciding to make his move with two laps remaining. The Frenchman’s injured thumb ligament was in better shape after the hiatus and he controlled a gap over world champion Tony Cairoli in the second race to again taste champagne in Sweden, the site of his maiden GP success in MX2 in 2010.

Even though he was only third overall for his fifth podium in a row, the Red Bull Teka KTM rider had reason to feel pleased with the day. His mistake in braking too hard and losing the front end on the second corner instigated a fantastic trawl from last (by some distance) to fifth. Cairoli seemed to take extra pleasure in overtaking Desalle in that first moto in what was an initial act of obtaining the MX1 red plate for the first time this season. “For me it was normal. It was like what he does to me all the time,” said the Sicilian regarding his aggressive move to pass his foe.

Bobryshev partially mimicked Cairoli in the second race with a bad start and nineteenth position on the first lap kick-starting a push through the field and some inventive lines on the CRF to reach a final slot of fourth behind David Philippaerts who languished down the order in Moto1 with a broken front brake and overheating rear disc. Sweden saw a personal best result for the likeable Russian (only in his second MX1 term) while Kawasaki Racing Team’s Xavier Boog also reached a moto top three for the first time. 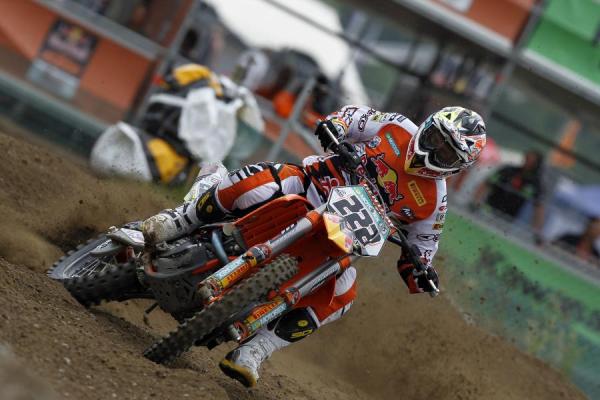 The MX1 world championship has tightened and Frossard has turned what looked to be a two-way fight into three by edging to just 22 points behind Cairoli with Desalle now wedged in between.

The premier-class action was a contrast to the static affairs in MX2 where Roczen was undisputed from start-to-finish both times. His riding has taken on a slightly calmer edge compared to the wild speed that proved risky and costly in Brazil, France and Portugal. “I am still pushing 100% but perhaps now I am more focussed and looking to see how the race will be,” said the German who again confirmed he will be an AMA rider in 2012 although KTM still have to announce their line-up for next year. Part of the puzzle was put into place when GP runner-up and team-mate on the works 250SX-F, Jeffrey Herlings, commented he will stay in the squad. Gautier Paulin gained his fifth trophy in a row on the Monster Energy Yamaha. There was not much movement throughout the leading positions on the lap chart but Tommy Searle lost points through a crash and damaged CLS Kawasaki in the first moto, forcing a DNF. Max Anstie gave one of his best GP performances so far in his rookie year and Bike it Cosworth Wild Wolf Yamaha’s Zach Osborne fell on the fifth corner of Moto1 and admitted he was suffering with his energy levels in what was a mild attack of Moto2 for ninth overall.

Another hard-pack and twisty layout awaits at Teutschenthal this weekend for Roczen’s home event and the second meeting of three on the bounce for the GP elite. 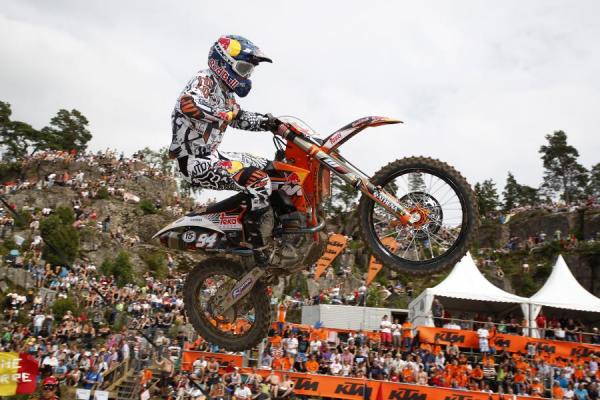