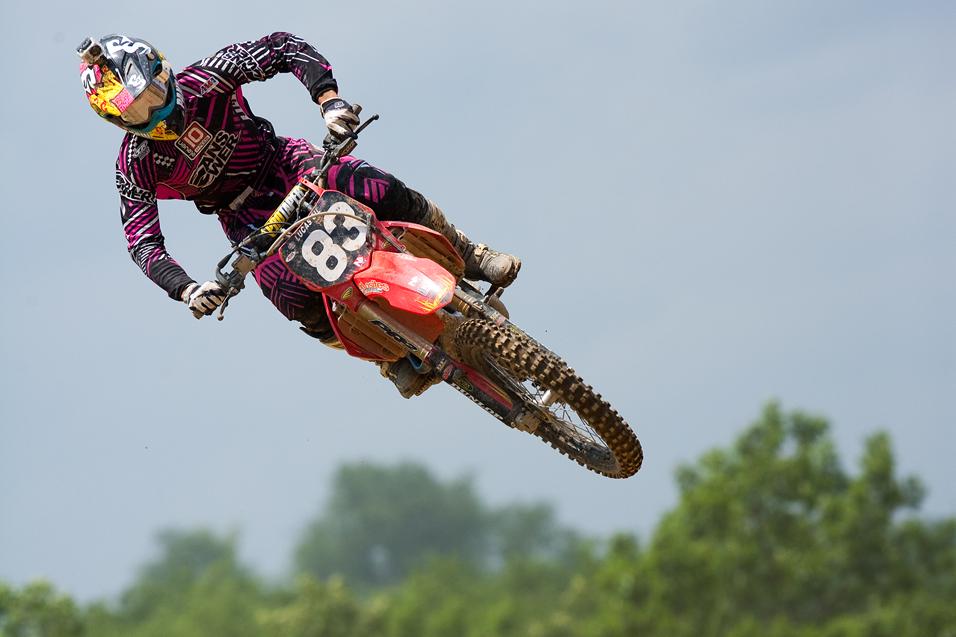 Jeff Alessi – Foot
Comment: Had to undergo yet another surgery on his injured foot and will be out the entire motocross season.

Matt Boni – Tib/Fib
Comment: Crashed at the Dallas SX and sustained a compound fracture to his tibia and fibula in one of his legs. Out indefinitely.

Jarred Browne – Collarbone
Comment:  He had his left collarbone plated the Friday after the Dallas SX. His left kneecap broke in ten places and it is in a cast. His right wrist dislocated and broke. He got released to ride a couple weeks ago and he's hoping to return for RedBud.

Justin Brayton – Ankle/Knee
Comment: Has a torn deltoid ligament along with stretched lateral ligaments in his ankle and a strained MCL of the knee. Hoping to return this weekend at Budds Creek. 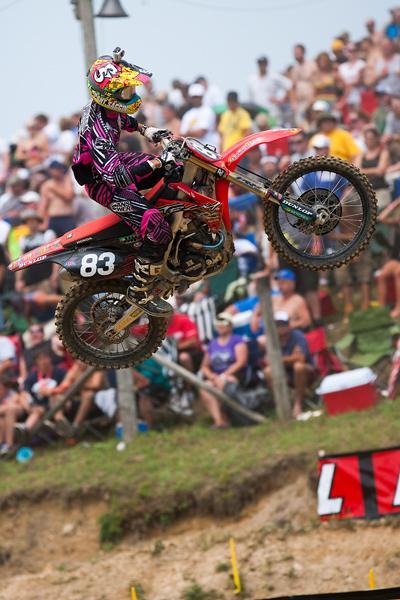 Shane Durham tore his ACL in his first National of 2011.
Photo: Andrew Fredrickson

Trey Canard – Femur
Comment: Canard continues to recuperate from his non-displaced leg fracture injury. No return date has been set.

Shane Durham – Knee
Comment: Tore his ACL in the first moto at High Point. Out indefinitely.

Cody Gilmore – Shoulder
Comment: Dislocated his shoulder in his heat race in Seattle and suffered a slight tear in his labrum. The healing process stalled so he had surgery last week to have his labrum fixed, so he'll be out all summer.

Wil Hahn – Shoulder
Comment: Started riding but no word on when he’ll return to action.

Ryan Morais – Hip
Comment: Had surgery on his hip after supercross and will be out all summer.

Marvin Musquin – Thumb
Comment: Suffered a compound fracture of his thumb after this first-turn crash with Justin Barcia at the Freestone National. Out six to eight weeks. 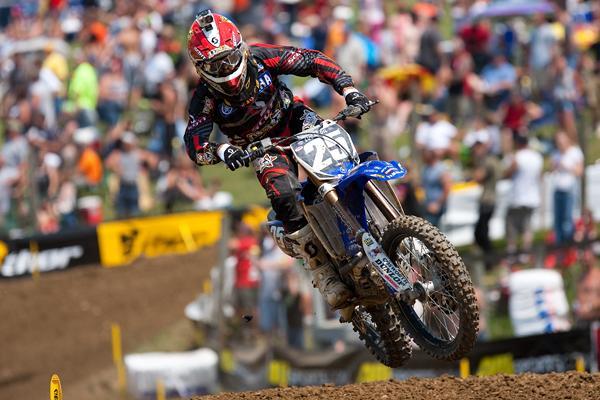 Ryan Sipes is expected to be back by Thunder Valley after a bad crash at High Point in moto one.
Photo: Andrew Fredrickson

Ryan Sipes: Head
Comment: According to his team coordinator, Ryan was checked out and diagnosed with a concussion. At this time he’ll sit the next round but is confident that he’ll be racing the Thunder Valley race in Colorado coming in two weeks.

Blake Wharton – Shoulder
Comment: Underwent surgery on his right shoulder earlier this week, then in a few weeks will have surgery on his left shoulder. This will sideline him for the remainder of the summer.