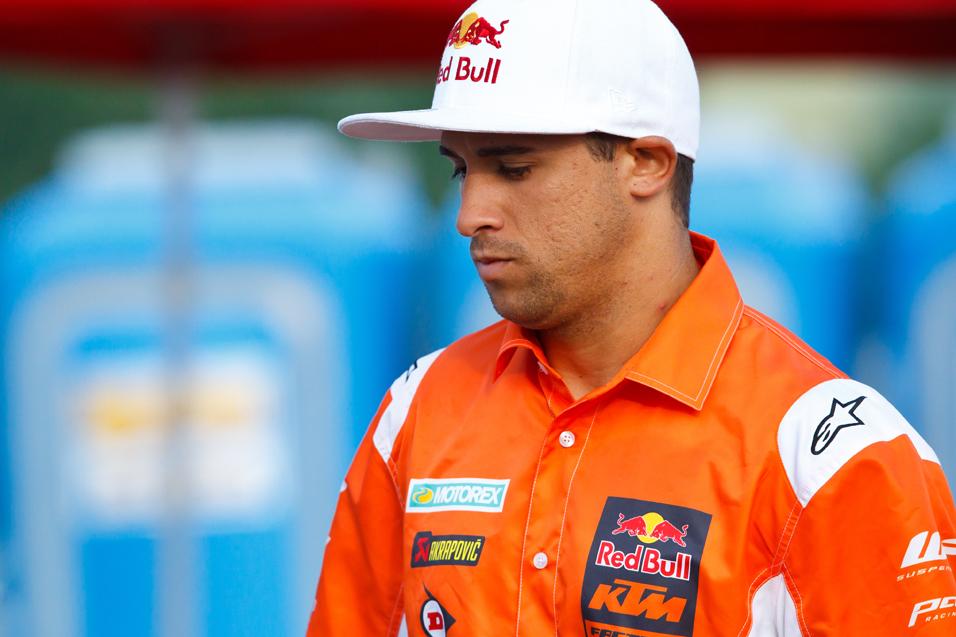 10 Things We Learned at High Point

10. RAIN, MAN: Note to riders and fans: IT ALWAYS RAINS AT HIGH POINT. Regardless of the day or month, you can guarantee that you'll see mud in Mt. Morris, and this year didn't disappoint as a torrential downpour hit the facility after the first 250 Class moto resulting in a slippery second moto for the 450s.

9. BROTHERS IN ACTION: It was the first time in 2011 we got to see Indiana's Travis and Shane Sewell in action in the Lucas Oil AMA Pro Motocross Championship, and the brothers were both pretty impressive in the first 450 Class moto where they finished 16th and 18th, respectively. Unfortunately they each DNF'ed the second moto, but you can expect them to be finishing inside the points at the remaining east coast nationals. They're sponsored by Cyclesport Yamaha, VonZipper, FXR Factory Ride Gear, Throttle Jockey, Novik Gloves, ProTaper, Gaerne, Motorex, GPF, and FMF 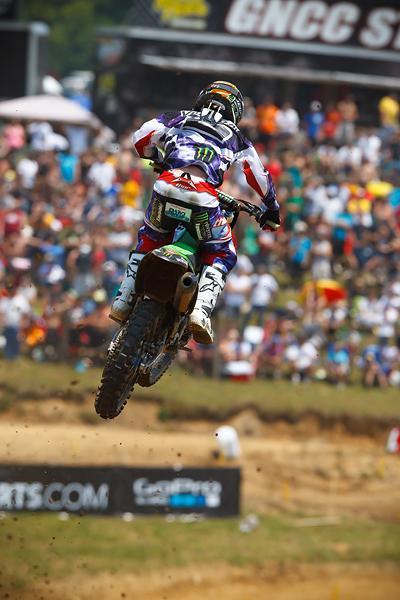 Villopoto looks to be back at full strength following his overall at High Point.
Photo: Simon Cudby

8. RV's Back: Technically, Ryan Villopoto hadn’t won an AMA Motocross race in two years, but you could also really say he hasn’t raced one in two years, either, because we didn’t see the real Ryan Villopoto at the first two rounds this year. Extensive suspension testing during the off week netted Villopoto a whole new ride, and he jetted off to his first moto and overall victory of the year. RV2, the new Monster Energy Supercross Champion, is usually better outdoors than in. Uh oh.

7. Privateers have the Power: Former privateer racer and factory mechanic Chad Sanner has been slowly building up his engine modification business and he really turned some heads at High Point after both his team riders (Darryn Durham and Alex Martin) finished inside the top ten in the 250 Class. While much of the attention was on Durham after he led a majority of the first moto, Alex Martin's second-moto charge was almost equally as impressive as he passed Malcolm Stewart, Travis Baker and Justin Barcia en route to a six-place finish. Sanner also told us after the race that Mitch Payton even congratulated him after the first moto. Now that's saying something!

6. Baggett is for real: Hangtown was no fluke—Blake Baggett really can go four seconds a lap faster than the rest of the 250 field late in the motos. On either the East or West coast. In the dry or the mud. Like the speed Villopoto showed in the 450 division, this is a big uh-oh for the competition. BTW—Baggett and RV grew up riding together. 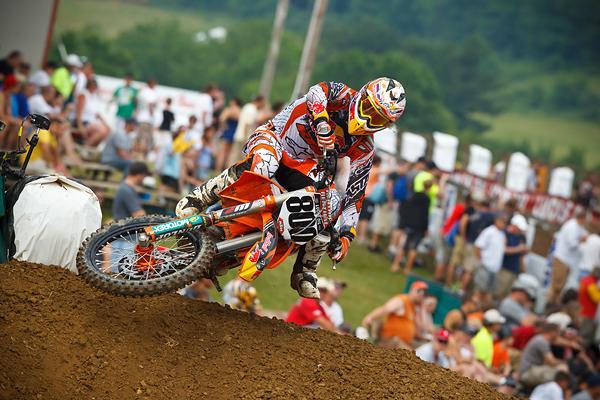 It only took one race for Alessi to prove he is going to be a player in the championship this year.
Photo: Simon Cudby

5. Millsaps Wants It: Almost exactly a year after a devastating crash last year at Budds Creek, Davi Millsaps has fired up the rejuvination machine and is riding as well—if not better—than he did before the crash. ‘Saps put his Muscle Milk/Toyota Yamaha JGR machine on the podium at Freestone, and then he was going for the W at High Point. He crashed in the second moto while pushing to the front, but pushing that hard is a great sign from the 18.

4. Alessi Will be a Player: In his first race back after a devastating crash at Hangtown, Mike Alessi showed he belonged at the sharp end of the pack by running there in both motos. Give him a race or two to get going—like everyone else already has—and he might turn one of his patented holeshots into a win.

3. Two-Strokes are Still Alive: In the 450 Class there were actually two two-stroke 250cc riders who made the 40-man main event. Local privateer Ty Newcome made the main and finished 31st overall on his Yamaha YZ250, with Ohio's Jeff Gibson finishing 32nd aboard his KTM 250 pre-mixer. It was good to hear the Braap again. 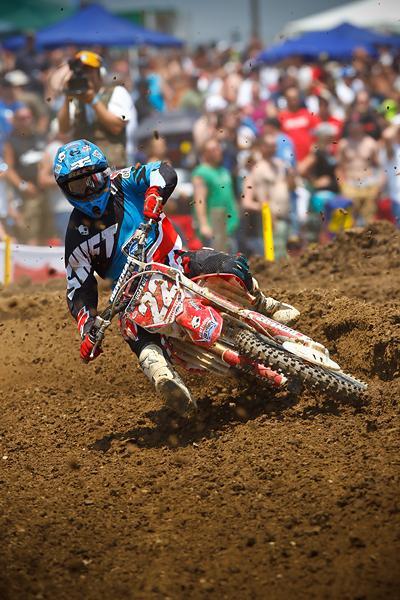 Villopoto may have gotten the win at High Point, but Reed still holds the coveted number 1 plate.
Photo: Simon Cudby

2. Versatility Counts: High Point had it all, from dry, slick conditions, to ruts, to rain and mud. Not to mention classic motocross technical stuff like off-camber turns mixed with modern supercross jumps. If you want to win in the great outdoors, you had better have an all-around game.

1. Still Running in the Red: Even with Ryan Villopoto at full strength Chad Reed showed us he is not going anywhere. Reed settled for fifth in moto 1 after taking a rock to the shoulder, but bounced back in moto 2 to take his fourth win in six motos. It is beginning to look like 2009 all over again for Reed as he continues to apply pressure to the rest of the field.