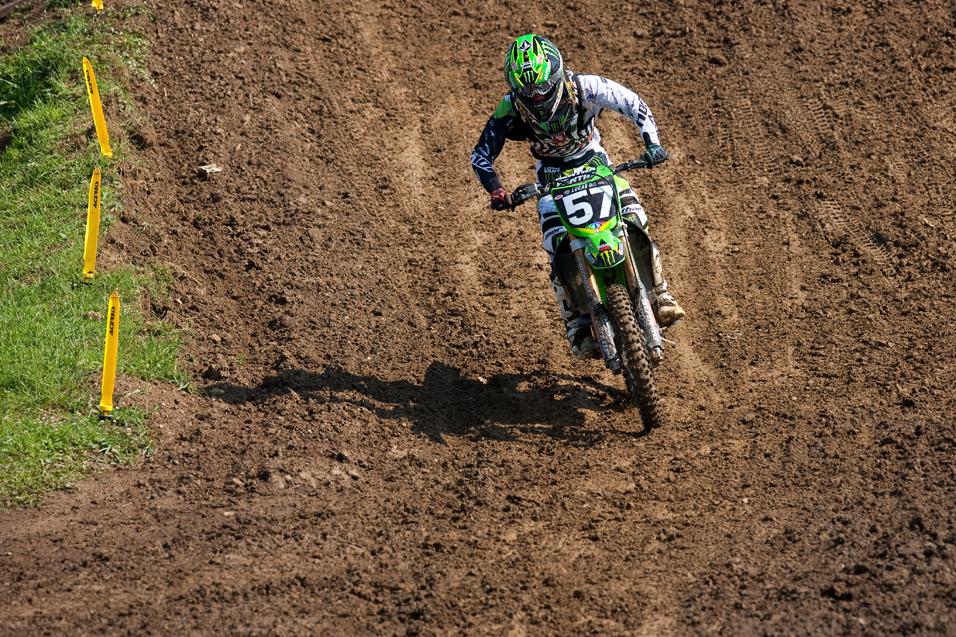 Textually speaking, two weeks ago Blake Baggett went from an exclamation mark to a question mark in the minds of American motocross enthusiasts. After a stunning win at the Rockstar Energy Hangtown Classic to start the outdoor tour, Baggett went to Texas and crashed his way back out of the points lead. The sheen on his emphatic win at Hangtown was somewhat tarnished by his missteps at Freestone, and we wondered if he would be swallowed up by the rest of the pack like Eli Tomac was following his own shocking win at the ’10 Hangtown opener. 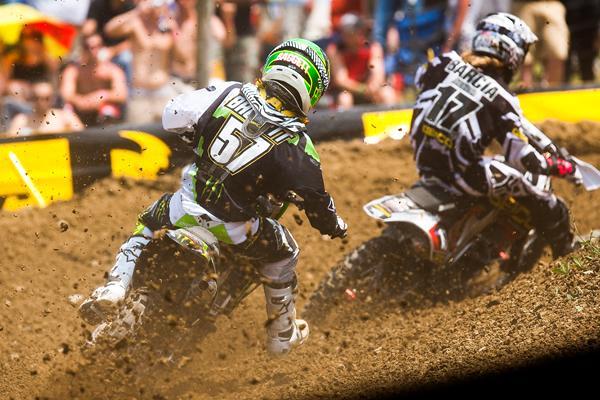 Baggett would take his second overall of the season at High Point.
Photo: Andrew Fredrickson

Well, Baggett is back to an exclamation mark—maybe even two of them: !! His victory at High Point was even more impressive than Hangtown, in that he won both motos with come-from-behind rides, on a demanding track that changed throughout the day due to the weather. In the first moto he ran down local hero Darryn Durham, outpacing his teammate Dean Wilson and Tyla Rattray along the way. In the second moto he was out front and pulling away when he crashed all by himself, then got up and went back after the lead, this time reeling in Rattray. Afterward, the California kid shrugged and said he knew he had the former world champion right where he wanted him.

Is Blake Baggett for real? He's got to be. With his broad talent—he's won SX races on both hard-pack like Dallas and Vegas and the soft stuff at Daytona, and Hangtown is much different than High Point—and stamina to burn, we may be watching the next great star of American motocross blossoming right in front of us, with an exclamation mark to boot!