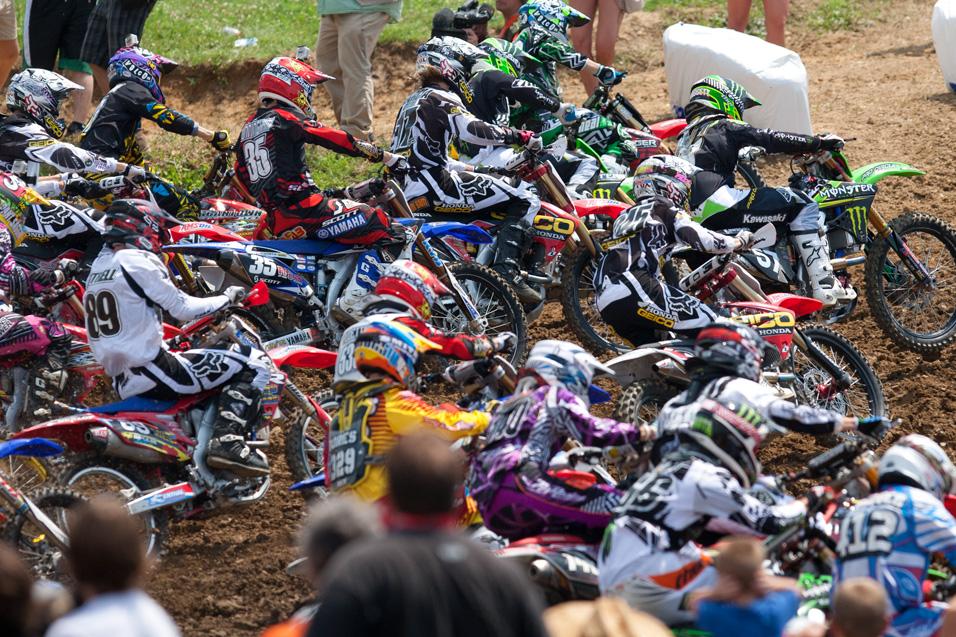 June 11, 2011 5:30pm
by: Aaron Hansel
High Point Raceway Mt. Morris, PA High Point Raceway Lucas Oil AMA Pro Motocross Championship
The second 250 moto from High Point is in the books, and it’s now official: Blake Baggett is a machine. Baggett jumped out to an early lead, only to go down, handing the lead to Tyla Rattray, who immediately began building a huge gap. Baggett was down, but not out. The Monster Energy Pro Circuit rider remounted (with his helmet visor pointed up and backwards), and proceeded to mount what is starting to become his signature late-moto charge. With just a few laps remaining, Baggett retook the lead, and won the moto, and overall, by a significant margin.

Another rider who was on the move was Eli Tomac, who worked his way past Malcom Stewart, Justin Barcia, and Cole Seely. The battle with Seely was long and drawn out, partially due to a rain-soaked track that had become one-lined in spots.