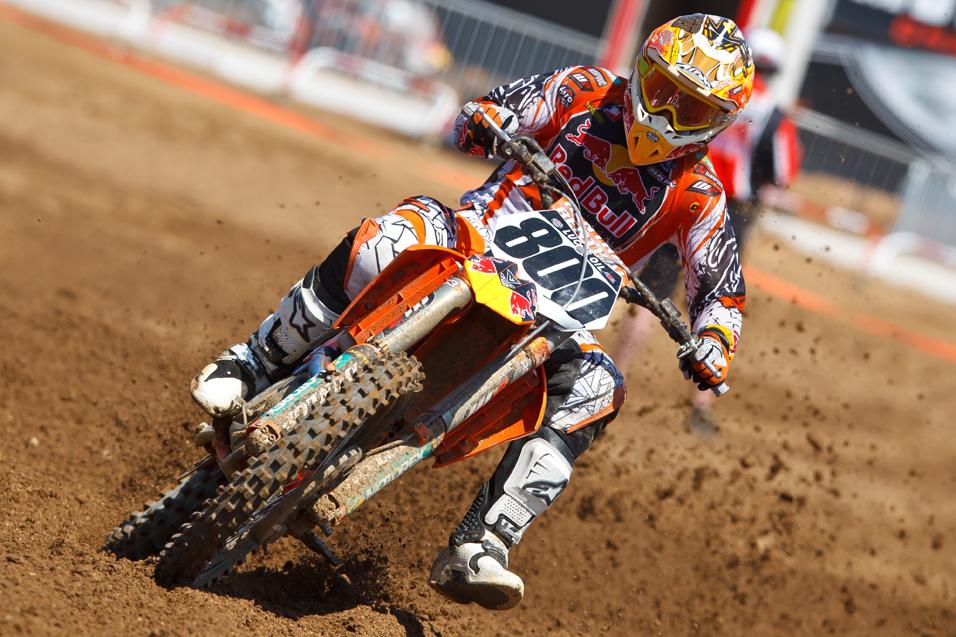 10 Things to Watch For at High Point

Advertisement | Advertise with Us
High Point Raceway Mt. Morris, PA High Point Raceway Lucas Oil AMA Pro Motocross Championship
10. The Off-Cambers: Gnarly jumps. Sand whoops. Choppy bumps. Every track on the AMA Pro Motocross tour offers a difficult section for the riders, but High Point’s old-school challenge of off-camber turns may be trickiest of all. These corners may not be as spectacular as hucking LaRocco’s leap or Gravity Cavity, but they may actually have a bigger impact on the actual race results. Whoever adapts the quickest will have a big advantage.

9. The Dirt: And with the move to High Point comes a move to eastern soil. The bumps will form differently than in Hangtown (which squared off a bit) and Freestone (which has some sand, forming roller bumps in a few spots). And the ruts are always deep at High Point, although Hangtown definitely had its fair share in a few spots. But overall, the character of this track is much different than the first two rounds, so like handling those off-camber turns, riders and teams are going to have to adapt quickly. 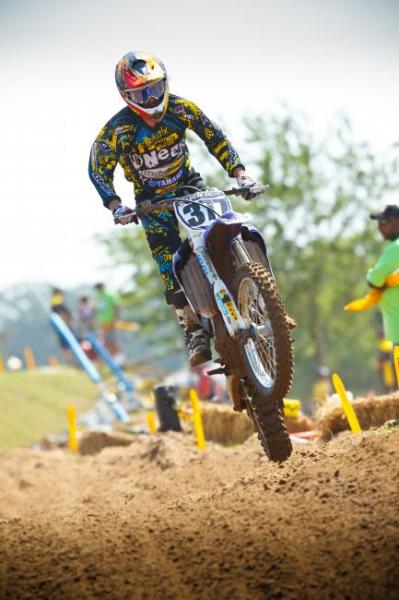 Pourcel will not be racing High Point.
Photo: Simon Cudby

8. Wither Pourcel? This is ten things to watch, but I guess in this instance we’re telling you to watch someone you can’t see. We are hearing reports that CP377 won’t be racing this weekend. So, look for him to, um, not be there. Maybe DV will hop on himself.

7. Wither Alessi? On the other hand you probably will get to see the 800 in action. (We reported earlier that Mike rode High Point yesterday when in fact he did not. Sorry for the confusion.) He tells us it’s a raceday decision as to if he will be out there.

6. Humidity: It can come in two forms here. Heat and humidty, or just straight-up rain. There have been plenty of mudders at this track before. Forecast says scattered thunderstorms, and around here that’s about as accurate as you’re going to get. It could rain. But when.

5. The Star Stars: Ryan Sipes came into the year with serious hype after winning the East/West Shootout, and he was fast in the practice at Hangtown. But it all came unraveled in the very first turn of the season, where he crashed and hurt his wrist. Then he jacked his back at Texas. While Sipes is waiting to hit his stride, his teammate Kyle Cunningham is already on his. The Yamaha man snagged a podium at Freestone and may have finally found that consistency he’s been searching for all along.

4. The Fans: Some crazy people in the hills around here. Jeff Emig just stopped by our office and told us the story of some fans taking his and Damon Bradshaw’s dirty airfilters and wearing it as a hat all day. 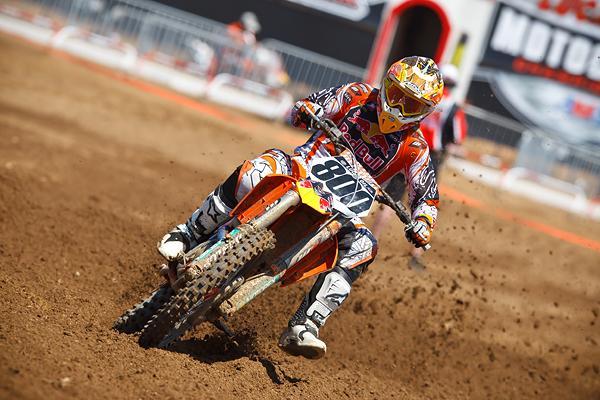 Will Alessi be on the gate?
Photo: Simon Cudby

3. The Off Weekend: Check out this superb Aldon Baker interview as part of our Nike In Preparation feature. Ryan Villopoto getting sick between supercross and motocross really set their program back. His teammate Jake Weimer may benefit from extra prep time, too. An extra week to get healthy and test could make a big difference.

2. Green bikes on the green hills: Is this turning into a two-horse race? Dean Wilson and Tyla Rattray seized control of the points in the 250 class after strong rides at Freestone, while others, like their teammate Blake Baggett, and Justin Barcia, had big championship set backs. Do the point standings reflect actual dominance, or are other 250 boys about to step up?

1. Reed’s Roll: In the last month, nearly everything Chad Reed has touched has turned to gold. The supercross battle taught us that sometimes momentum can stop on a dime, though. Will this last all the way through September?