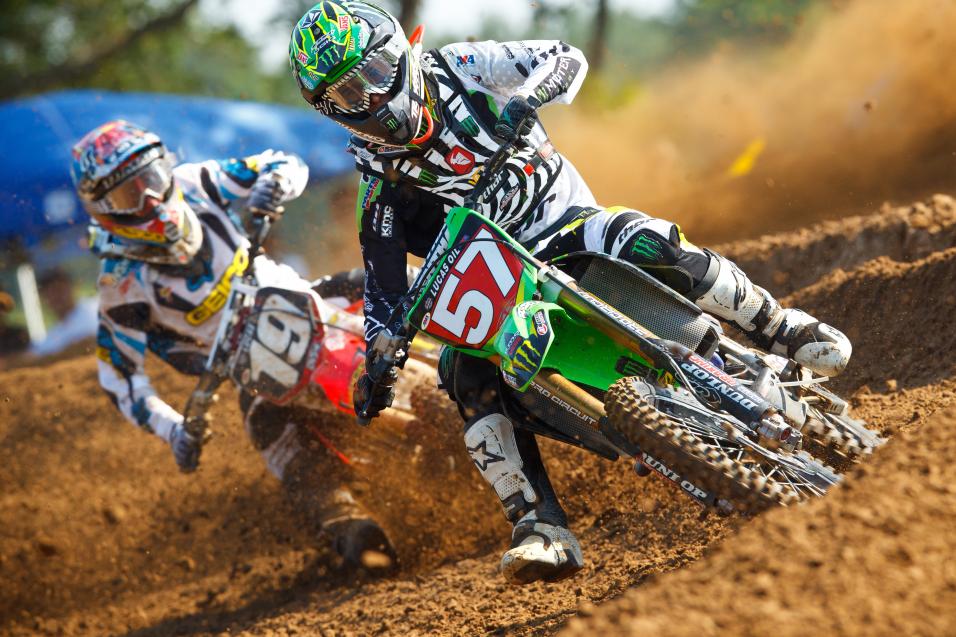 Stop me if you've heard this one before....

Teenaged kid—great kid, great family, on a great team—goes to Hangtown, first national of the year, and somehow pulls off an upset win. It's the first of his career and it totally sets the motocross world abuzz. He's the next you-know-who.

One week later, kid shows up in Texas at the smokin' hot cauldron everyone calls Freestone, with his shiny red plate and huge, humble smile. Now everyone's picking him to win. But a funny thing happens: he takes all that momentum and runs right into a wall. Practically ends in tears. Still a great kid, great rider, but the winner is Dean Wilson instead. Er, wait, that doesn't work out—again! And the winner turns out to be Tyla Rattray. Again. 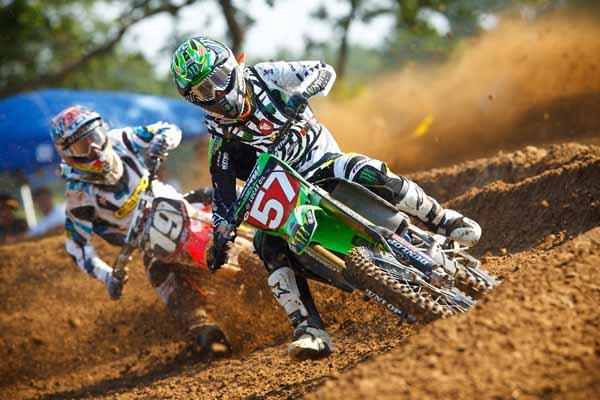 There is a striking similarity between Tomac in '10 and Baggett in '11.
Photo: Simon Cudby

As for the kid, Eli Tomac, he learned a lot of lessons that day, which was one year ago, and so will the new kid, Blake Baggett, who seemed to have the EXACT same thing happen to him exactly one Saturday after being crowned the Future King of American Motocross.

While Baggett's wall—a hard crash in moto one and a dizzy ride with a possible concussion to salvage points in moto two—was different than Tomac's in '10 (a hard battle with Christophe Pourcel and then a dizzy ride with possible heat exhaustion), the Monster Energy/Pro Circuit Kawasaki team still came out on top with Rattray and Wilson. But they must certainly hope the effects of Freestone don't stay with Baggett as long as they have with Tomac, because one year later, Eli has yet to win another outdoor national moto....

Maybe you have heard this one before.