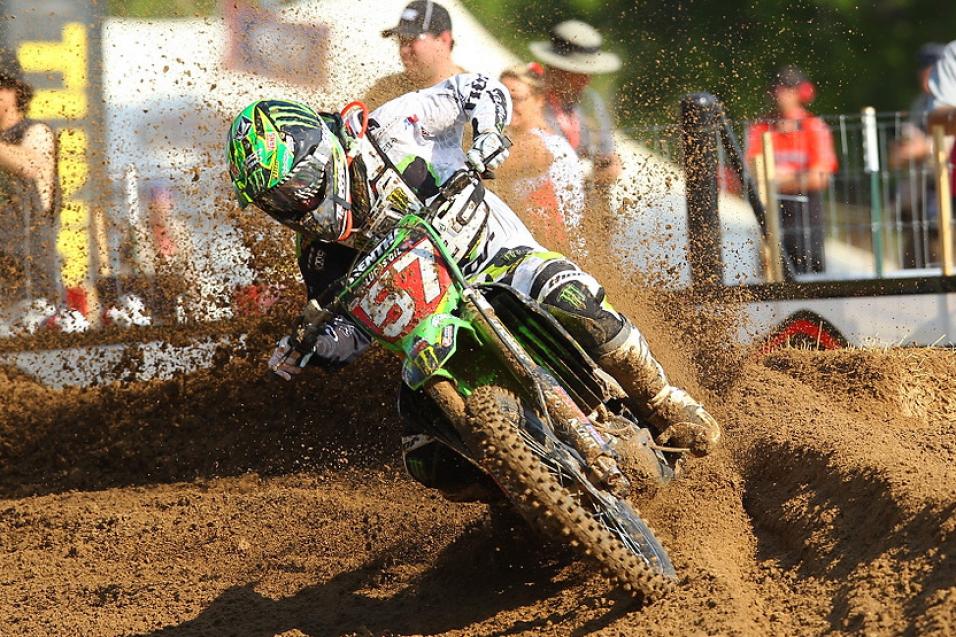 The second round of the Lucas Oil AMA Pro Motocross Championships kicked off in Freestone, Texas under its usual cloudless skies and soaring temperatures. The track is challenging in its own right and when you add in the Texas heat and humidity, well that’s another story altogether.

The track’s owner, Tony Miller, dumped a lot of sand onto it and as well, reshaped and renumbered the infamous 12-pack of sand whoops that lay right before the finish. All told, it was shaping up to be a rough day for the guys and the first practice times generally stood up as the fastest.

Except for a couple of guys and their names were Ryan Dungey and Ryan Villopoto who both logged in their personal best times in the second session. Dungey’s time of 2:04.7, which he got with less than a minute remaining in the session, was enough that it stood alone atop the leader board and the Rockstar/Makita Suzuki rider goes to the gate first this afternoon. 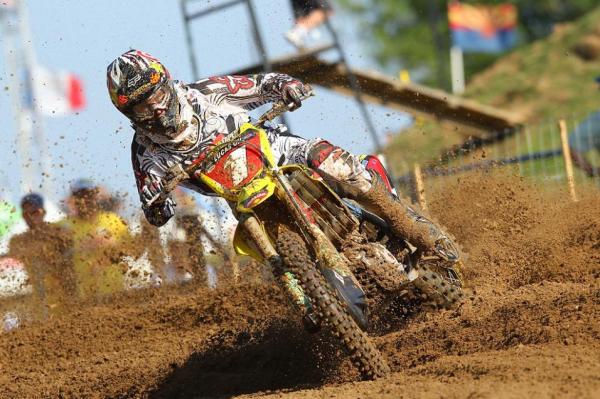 Dungey stands atop the leader board after practice.
Photo: Simon Cudby

Team Two-Two Motorsports’ Chad Reed who was one of the first to jump the sand wall and land onto the backside of the first sand whoop finished two-tenths behind Dungey to grab the second spot and his first session time was enough to get him to the gate in second. Half a second behind these two was JGR Yamaha’s Davi Millsaps was third, Monster Energy Kawasaki’s Villopoto was fourth, Motoconcepts Yamaha’s Christophe Pourcel was fifth and Honda’s Kevin Windham was sixth. All but Dungey and Villopoto got their times in the first session.

Other notables were KTM’s Andrew Short (a Texan now) in twelfth and another transplanted Texan Tommy Hahn who was eighth. Valli Yamaha’s Nick Wey was seventeenth with BTOSports.com/BBMX’s Michael Byrne right behind him in eighteenth. 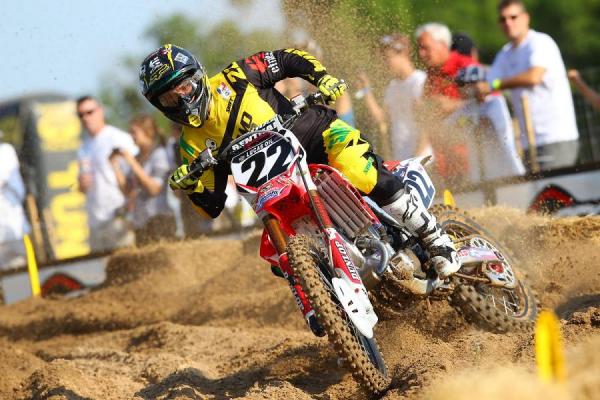 In the 250 class, it was Monster Energy Pro Circuit’s and last week’s Hangtown winner Blake Baggett who topped the practice charts with a time of 2:05.7 which was almost a second faster than second place GEICO Honda’s Eli Tomac. Baggett certainly shows no sign of slowing down his blistering pace from last week.

Third was Tomac’s teammate Justin Barcia then it was KTM’s Marvin Musquin (who’s wearing a camelback hydration system- those sneaky Euros!) who was fourth and logged his best time in the second session. Star Racing Yamaha’s Ryan Sipes was fifth and his teammate Kyle Cunningham was sixth. 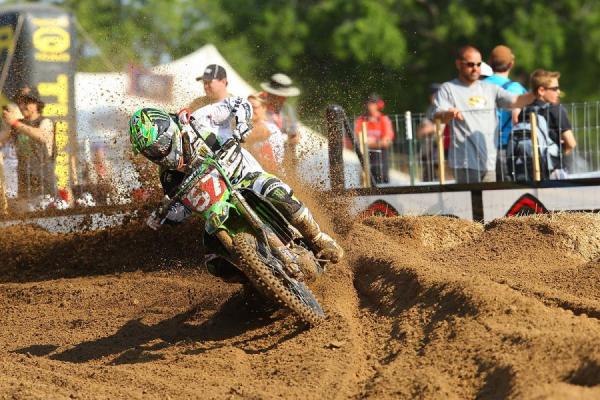 In the WMX, it was last weeks winner Star Racing Yamaha’s Jessica Patterson who stood alone atop the times with an almost two second faster lap than second place TLD Honda’s Tara Geiger. Honda Racing’s Ashley Fiolek was third but also crashed out of the second session and there’s no word on how she is yet.

Stay tuned to Fuel TV for the first motos and Speed for the second ones, it’s shaping up to be a scorcher- on and off the track!