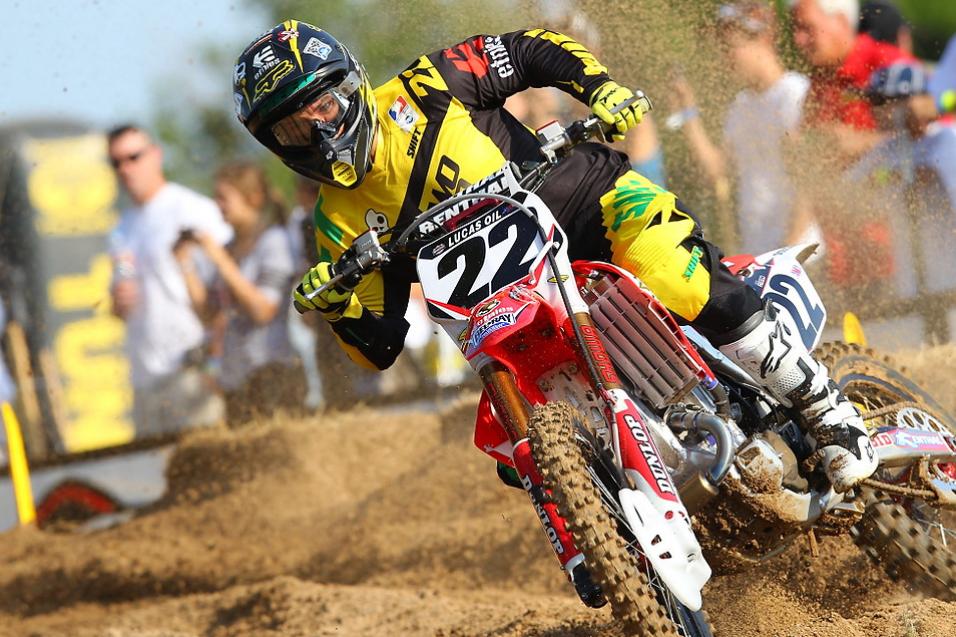 If there were any questions about TwoTwo Motorsports Chad Reed’s opening round victory at Hangtown, those questions were answered at round 2 of the Lucas Oil AMA Pro Motocross Championship from Freestone.

It was all Craig early as he jumped out to the early lead. Behind Craig it was Reed, Dungey (who bulldozed his way through the pack) and Pourcel fighting over second. Reed and Dungey would eventually make their way around Pourcel who would pull off later in the race.

Mid-way through the race Reed would make his way around Craig, with Dungey tagging along. That would be the last Ryan Dungey would see of Chad Reed, as Reed cruised to the victory by seven seconds over Dungey.

It was a tough day for Kevin Windham as he had to pull off late in the race with bike problems.