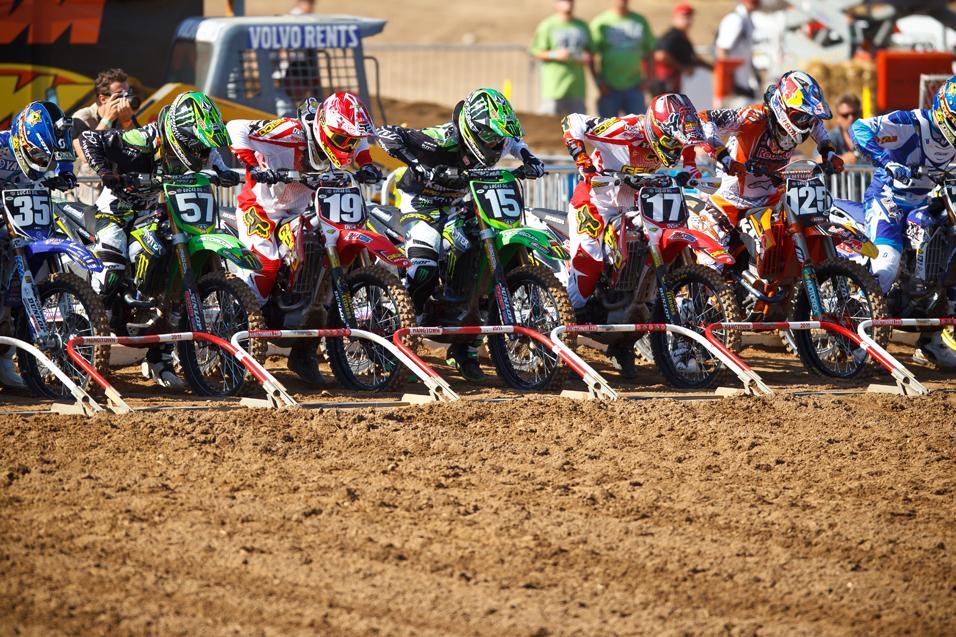 May 25, 2011 11:20am
by: Chase Stallo
Hangtown Motocross Classic Rancho Cordova, CA Hangtown Motocross Classic Lucas Oil AMA Pro Motocross Championship
Ahh the return to the great outdoors. It doesn't get much better than this folks. The smell of forty bikes ripping off the line, the sun beating down on your face, the scantily-clad women, who doesn’t enjoy that, right? Round 1 of the Lucas Oil AMA Pro Motocross Championship kicked off this past weekend at Hangtown and the heat was brought early and often from many of the top contenders. You will read plenty about the racing throughout the week so let's get to the lap charts, brought to you by Motion Pro.


Monster Energy Kawasaki's Ryan Villopoto was fighting illness throughout the week leading up to Hangtown but that didn't stop the him from setting the fastest lap in both motos with a 2:13.636 in moto one and a 2:14.639 in moto two. Villopoto would finish third overall on the day, but things should only get better from here for RV2, as he should be at full strength by Freestone. 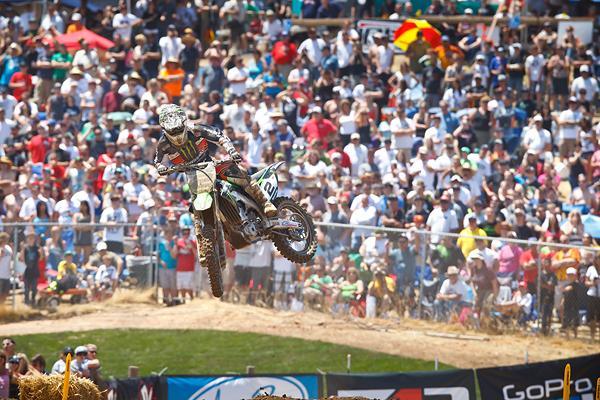 
Monster Energy Pro Circuit Kawasaki's Blake Baggett proved he is going to be a contender throughout the series with his performance at Hangtown. Baggett not only set the fastest lap in the first moto he did it on lap fifteen! While teammate Dean Wilson took the top honors in the second moto Baggett was finished an impressive runner-up with a 2:16.848 on lap 11, en route to his first career overall. A very impressive performance for the Monster Energy Pro Circuit Kawasaki rider. 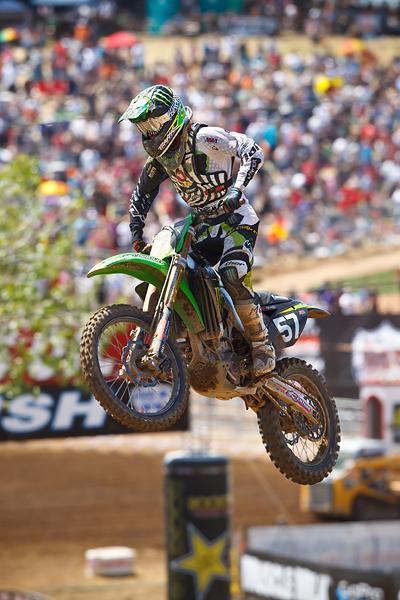 Baggett had a breakout ride at Hangtown.
Photo: Simon Cudby