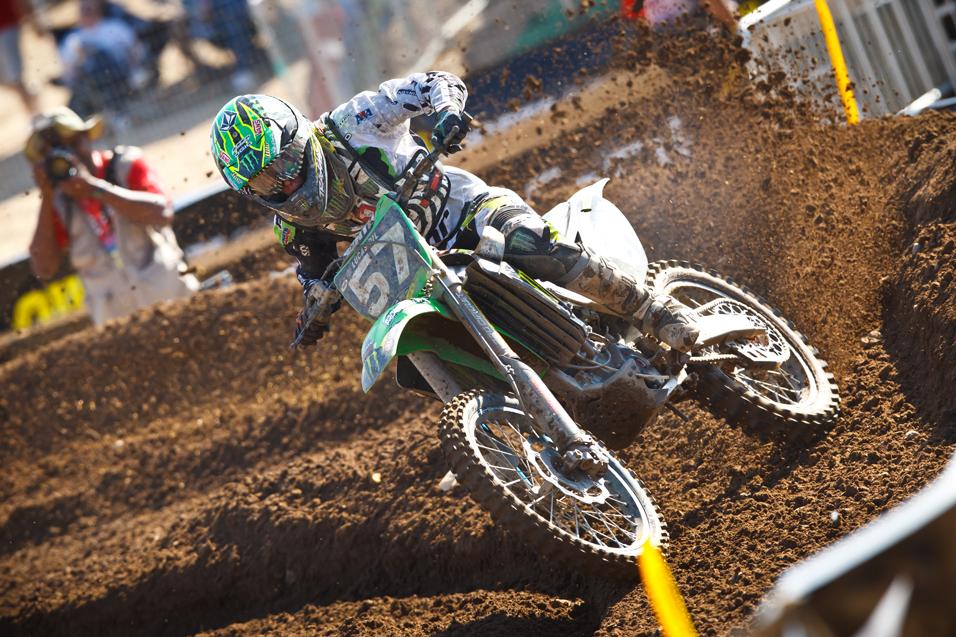 With so many title contenders so evenly matched, it was hard to pick a favorite for the Hangtown win, let alone the whole 2011 Lucas Oil AMA Pro Motocross 250 Championship. So we all dug into what little evidence we had to try to make predictions. Supercross, finished just two weeks ago, could provide a clue, and as a result, names like Barcia (the new East Region Lites Champ), Tickle (the new West Region Lites Champ) and Tomac (the close runner-up in Lites West points) came to the forefront. 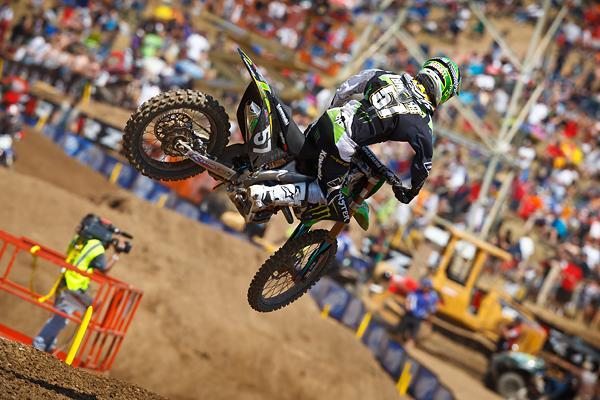 Baggett won his first career overall at Hangtown.
Photo: Simon Cudby
We should have looked more closely. At the beginning of the night at the Vegas SX finale, Blake Baggett scored the win in the final East Region race of the year, making a last-lap pass on Ryan Sipes. Unfortunately for Blake, his win was quickly forgotten in the mix of Vegas races, including a wild, wild West title fight, the East/West Shootout, and the dramatic conclusion of the Supercross Class Title. By the end of the night, three hours later, Baggett’s win was forgotten, and the “who is going to win Hangtown?” talk focused on others.

As soon as Eli Tomac nailed the first holeshot of the season, it seemed like it was on. Tomac won Hangtown last year, and he was coming in with extra motivation based on coming up short on the supercross title. But motocross doesn’t always work that way—sometimes coming in extra pumped up makes things worse. For whatever reason, Tomac didn’t have the Hangtown 2010 magic this time. Instead, three riders who didn’t have the supercross season they wanted—Baggett, Dean Wilson and Tyla Rattray—feasted. 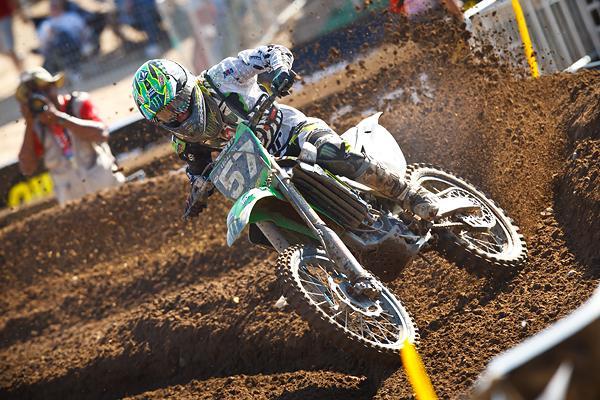 Can Baggett repeat his performance at Freestone?
Photo: Simon Cudby
In a class this close, it’s simply too hard to make guesses as to who will win each week. No less than 10 riders could have come out on top at Hangtown without shocking anyone—in the case of Baggett, or anyone, these wins should not come as a surprise.