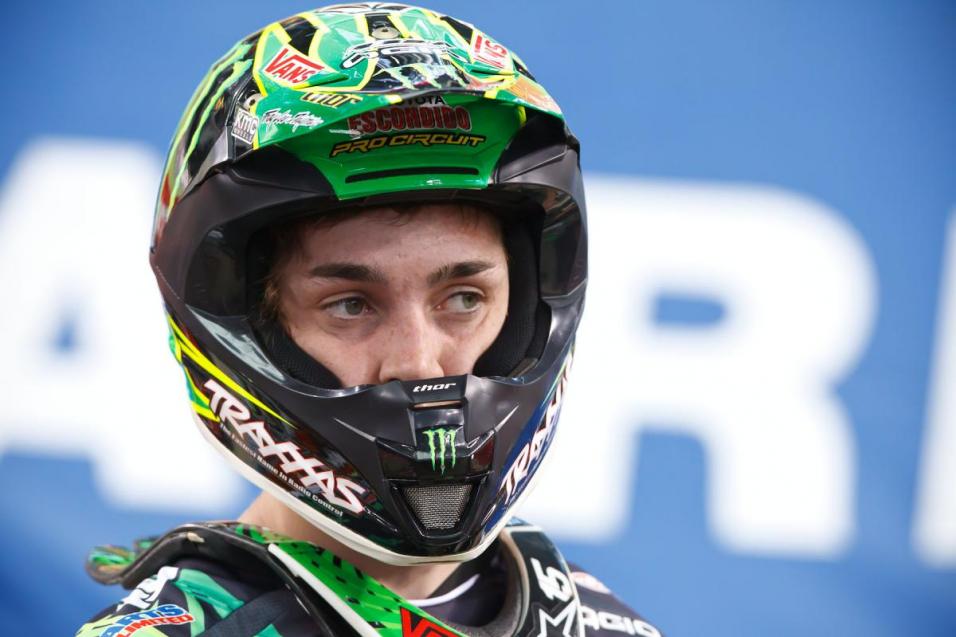 The final practice sessions are complete here and we’re ready to go racing. If the times are any indication, it’s going to be close tonight. For example, James Stewart led the first practice session 49.31 to Ryan Dungey’s 49.35, and in the second session times were all over the board. Stewart led early, then Chad Reed got into the mix, and then Stewart answered with a 48.731 to take the top spot. Reed was second with a 49.0, followed by Trey Canard’s 49.24, Dungey’s 49.26, Kevin Windham’s 49.6 and Ryan Villopoto’s 49.8. Six riders between .8 seconds.

In Lites, Ryan Sipes was off to his usual tricks, leading the first practice session pretty much the whole way. He was out front for most of the second session, too, but late in the game, Dean Wilson logged a late fast lap to top sipes, 50.8 to 50.9. Baggett, Stewart Barcia round out top five. Everyone got faster in session two, so Stewart is first overall in the SX Class, and Wilson in Lites.

Not much to seperate the pack on this track. Everyone is jumping the same through the long rhythm lane, so time will have to be made up in the corners and the whoops. And the whoops are very gnarly. The track is very hard packed, too, which only makes the the whoops tougher. Also, this has got to be the craziest stadium supercross has ever visited. This is truly a billion-dollar palace, and the seats are already looking pretty full, even with a Texas Rangers game taking place across the street.