“Malcolm’s been on our moto flow program for the last few years and we’ve watched him progress into one of the fastest guys around,” said Brian Cassaro, DC’s Action Sports Marketing Director. “His performance in the Supercross Lites series is testament to his speed and we’re proud to make him an official member of the DC Motocross team” 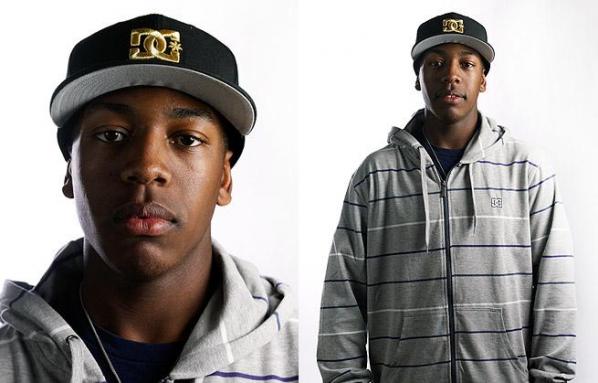 As younger brother to motocross champion, James “Bubba” Stewart, Malcolm, 18, has been surrounded by motocross his entire life. Jumping on his first bike at age four, his natural ability was immediately evident. Since then Malcolm has been a multi-time Amateur champion and excelled at everything he’s put his mind to. Known for his speed, Malcolm flew through the amateur circuit and made his professional debut this season in Houston, TX at the Eastern regional opener of the SX Lites class at the Monster AMA Supercross.  Malcolm’s performance in that race won him the “Hole Shot Award.”

“I’ve always liked DC and what it represents in the motocross industry,” said Malcolm.  “Some of the greatest athletes I looked up to growing up, like the King of Supercross Jeremy McGrath, rock DC and to now be a part of that family is really exciting.”

Off the track you can find Malcolm starring with his brother on Fuel TV’s Bubba’s World.  The series, which chronicles their lives as professional athletes, showcases his dynamic personality and drive to be the best.

Look out for the number 139, as he will no doubt continue to use his incredible speed to fly past the competition. In addition to the SX Lites class, Malcolm is set to race in the 2011 Outdoor National Series, which kicks off in May 2011.  For more information on Malcolm and the DC Moto Team, Click HERE.  And for all the latest news, stay tuned to DC’s Facebook pages - including the new DC Moto page.