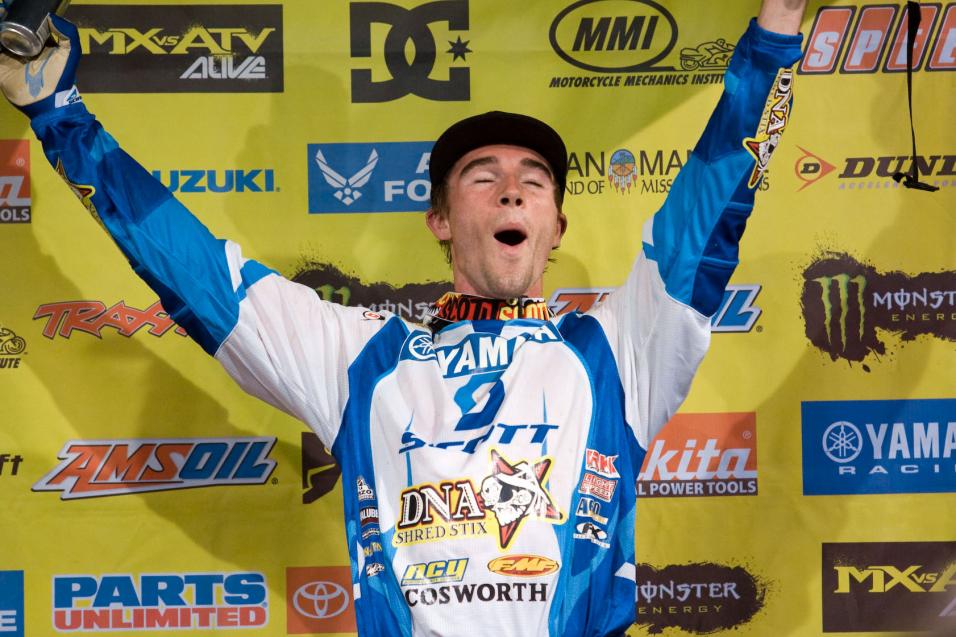 Advertisement | Advertise with Us
Lucas Oil Stadium Indianapolis, IN Indianapolis Monster Energy AMA Supercross Championship
I honestly can’t remember the last time I was this excited for someone winning a race. Not only did I win a dollar bet with our web guy, Chase Stallo, but I also won bragging rights over PulpMX’s Steve Matthes, who picked Malcolm Stewart to win. All kidding aside though, I was truly happy to see Ryan Sipes get his first win, because it was long overdue.

Here’s a little Ryan Sipes history. We have to go back to the 2004 High Point National when a practically unknown #264—riding a Team Green Kawasaki—came out in his very first moto as a professional and scored a solid seventh in the first 250 Class moto. That was how Ryan Sipes introduced himself to professional motocross. 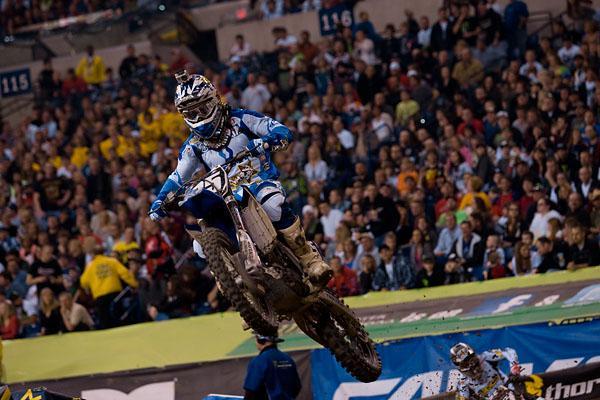 It's been a long journey, but Sipes finally got his first career SX victory in Indy.
Photo: Matt Pavelek

Eight months later in his first-ever supercross in Anaheim, Sipes, now a member of the Hahm Motorsports/WBR Suzuki support team wearing #65, used his east-coast mud-riding skills to finish fifth at the sloppy season opener. Many assumed it was a fluke, but the very next week inside a dry Chase Field, Sipes finished third behind Broc Hepler and Ivan Tedesco and appeared to be on the fast track to winning. Well, seven years and several teams and injuries later and Ryan Sipes finally got that first victory, and it couldn’t have come at a better time for the DNA Shred Stix/Star Yamaha rider, as he’s now right in the title hunt in what may be his last season as a full-time SX Lites pilot.

Cool factoid: Not only was it Ryan’s first win, it was also the first for the state of Kentucky. The moonshine must be flowing in Vine Grove!