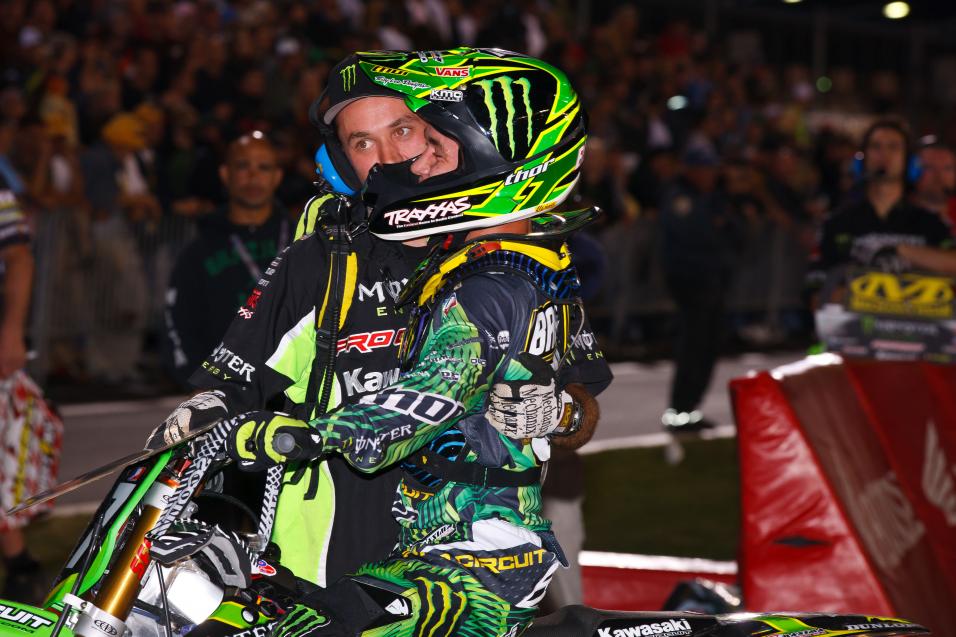 Coming out of the amateur ranks, there was a lot of hype surrounding Justin Barcia and Dean Wilson. Both riders were immediately slapped onto a couple of the premier rides, Barcia with GEICO Honda and Wilson with Monster Energy/Pro Circuit Kawasaki. Both riders lived up to the hype winning races and both have championships in their futures, no doubt about that. And coming into the 2011 Supercross Lites Eastern Regional series, most of the talk centered around Wilson and Barcia and which one is going to win the title. 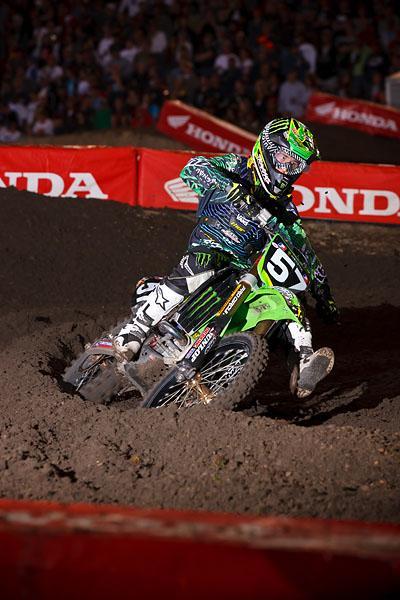 Baggett is a contender for 2011 and beyond.
Photo: Simon Cudby

However, there was another amateur rider that was right there with those two throughout their careers. Blake Baggett was as fast as those two many times, but in his last year as an amateur, Baggett had a few underwhelming rides and that was it, he lost his chance. After Loretta Lynn’s in 2009, Baggett was forced to go it alone at the last three nationals of the season. A fourth place in a moto at Steel City helped him get a ride with the Rockstar Suzuki team for 2010, giving him a spark.

Last season saw Blake win the Dallas SX and he put in some great rides outdoors before an injury ended his year. For 2011 he’s back on Kawasakis riding for Pro Circuit and Saturday night in Daytona he dominated the main event for his second-career supercross win. He’s second in the points and he’s going about this championship the way he entered the pro ranks.