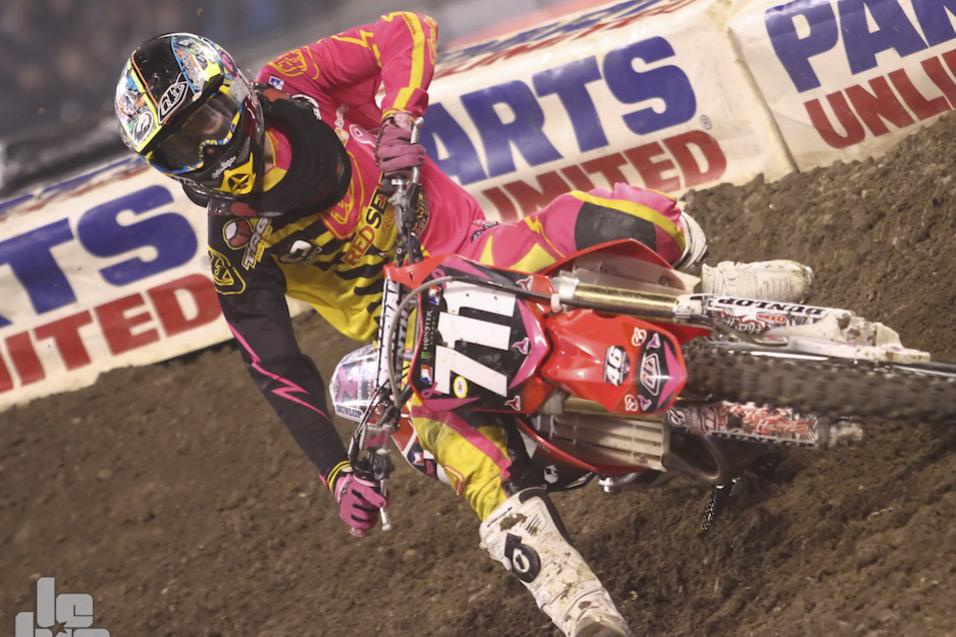 Ronnie Goodwin started his season at Anaheim competing in the West Coast Lites series, with only one day of preparation. Needless to say Goodwin was going to have to race himself back into shape.  Now at the halfway point in the season we caught up with Goodwin to see how his season is coming thus far.

Racer X: How has your season gone so far?
Ronnie Goodwin: The season is going good so far. I didn't have much preparation, only getting one day on a bike before the first race in Anaheim, so I have been doing exactly what I wanted to, improving each race.

What’s your background with racing and where are you from?
I am from Las Vegas, Nevada and grew up traveling the country racing all of the major amateur nationals every year since I was six years old.

What year did you turn pro and how have you past results been?
2009 was the year I earned my first pro license. I did a couple races, but in 2010 I raced my first full season. I consistently made night shows getting better in qualifying every week, but never quite got in a main. 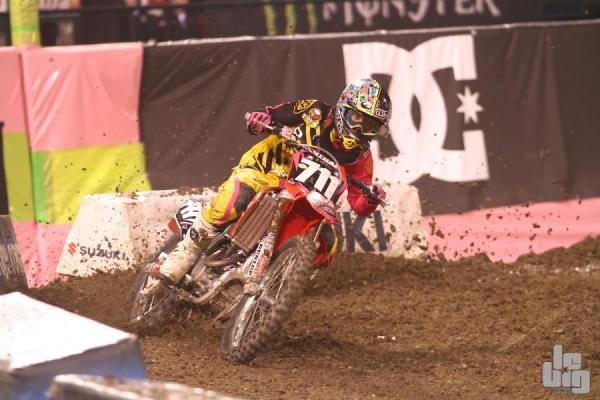 Tell me how your ride came about and how it’s going.
This year I am getting a lot of help from friends and family. At Anaheim 1, I actually borrowed a friend's bike and rode it one time before the race. Then I was able to get some support to get my own bike two days before Phoenix. Everyone has helped bring something new to the program. It has really shocked me how much some people want to help out and it couldn't make me happier.

How's the one man team working out?
It's working out very well. I feel really relaxed, and at each race I get more and more comfortable.

What's a normal week like for you in Vegas?
Monday is kind of a catch up day from the weekend to get things like homework done. Tuesday and Thursday I go to school in the mornings and then go riding. Also go to the gym on Thursday. Wednesday is a gym, riding, and homework day, followed by school at night. Friday is preparation for the race, doing bike work in the morning, and traveling in the afternoon. 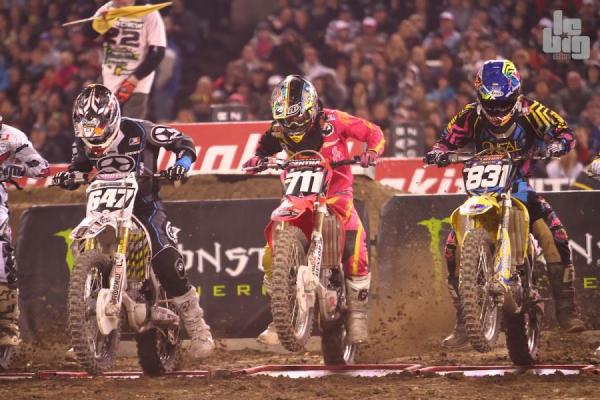 Goodwin will be riding a 450 on the East coast for a few select rounds.
Photo: Stephan LeGrand

What are your goals and plans for the rest of the year?
I want to make some mains. Plain and simple. I have been getting too close not to make it in, and I'm ready for it.

What would it take from you to make it to a main event?
I have the speed without question, and I have been gaining a lot more confidence. I am going to need a solid start to get away from the mess of the first two laps.

Do you plan on racing any 450 rounds when the series goes East?
Actually yes! I will be doing select 450 races on the east coast starting in Atlanta thanks to the whole Rockwell team! I had a chance to meet all of them in San Diego and see what a cool program they have going, so I am very excited to be on board with them.

Well good luck and hopefully everything works out for you! Is there anyone you'd like to thank?
Thank you very much. I would like to start by thanking the Rockwell team for bringing me on for the east coast rounds and also everyone that has made this year, starting at round 1, a possibility for me: Rocket Exhaust, Maxima Racing Oils, Troy Lee Designs, Renegade Racing Fuels, ThumperTalk, ROADANDDIRT.COM, UFO, Dunlop, destructiveclothing.com, Braun Entertainment, Jake Poole, my entire family, and the Richard family, I couldn't thank them enough!