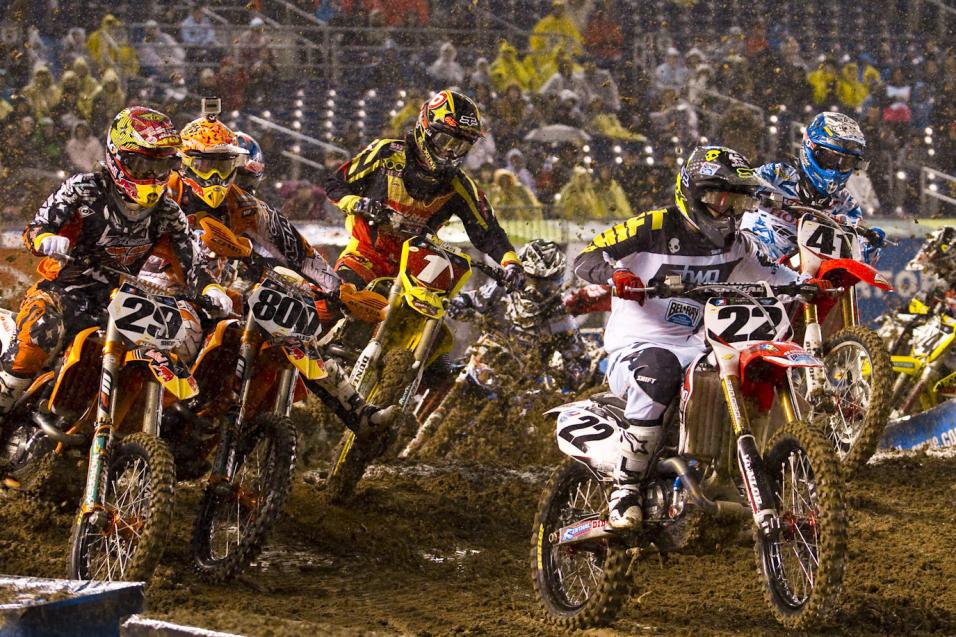 Round seven of Monster Energy Supercross from bright and sunny...err...muddy San Diego once again proved that this year could be the deepest Supercross class in the past decade. Chad Reed's victory makes four different winners through seven rounds. Superb. And to think defending champion Ryan Dungey has yet to grace the top of the box. But enough about the race, onto the lap charts, brought to you by Motion Pro.

For the second straight week a new rider has taken the crown of fastest lap. In San Diego it was American Honda's Trey Canard that turned in the fastest lap of the night with a 55.497. If not for a couple of costly mistakes Canard might have grabbed his second consecutive victory. 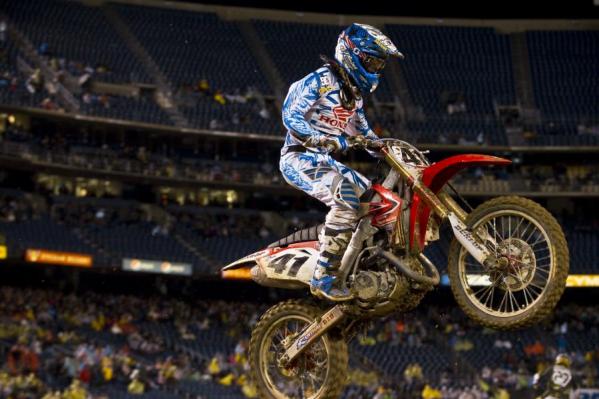 This is certainly not the first or last place that you will hear about Chad Reed winning his first race of the season and his first for his new team Two Two Motorsports. But this column is not about me hammering you with details about the winner... it's about the lap times! And Reed was no slouch setting the second fastest lap of the night with a 55.813. Only he and Canard set laps under 56 seconds in the Supercross class.

Andrew Short is slowly but surely making adjustments to fit his style to the KTM 350SX-F, and it sure seems like the hard work is paying off.  Short ran inside the top-five for a majority of the race before getting nipped by Davi Millsaps at the end for fifth. Still, Short has shown steady improvement over the course of the season and showed it with the seventh fastest lap of the night.

Wow! What a showing put in by GEICO Honda's rookie Eli Tomac. Taking advantage of a great start Tomac looked like a one-man demolition crew in San Diego, pounding out fast lap after fast lap. But his fastest of the night was a 55.489 (more on that later). 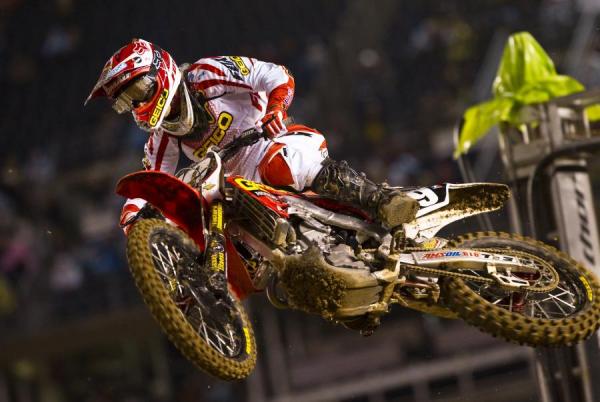 What a rollercoaster ride for German import Ken Roczen. After taking his first heat win of the season Roczen looked primed to contend for a win at San Diego. But a bad start and two crashes later left Roczen buried deep in the pack.  But the resilient rookie made his way all the way back to seventh and in the process set the fourth fastest lap of the night. Kudos to the German.

But, back to the one-man show Eli Tomac. Only three riders set a fast lap under 56 seconds. As previously mentioned two of those riders were Chad Reed and Trey Canard, with the third being Tomac. That shows just how fast Tomac was pounding through the slop of San Diego. While the track was more beat up for the Supercross class, let us not forget that Tomac is at a 200cc disadvantage. Well done, Eli!