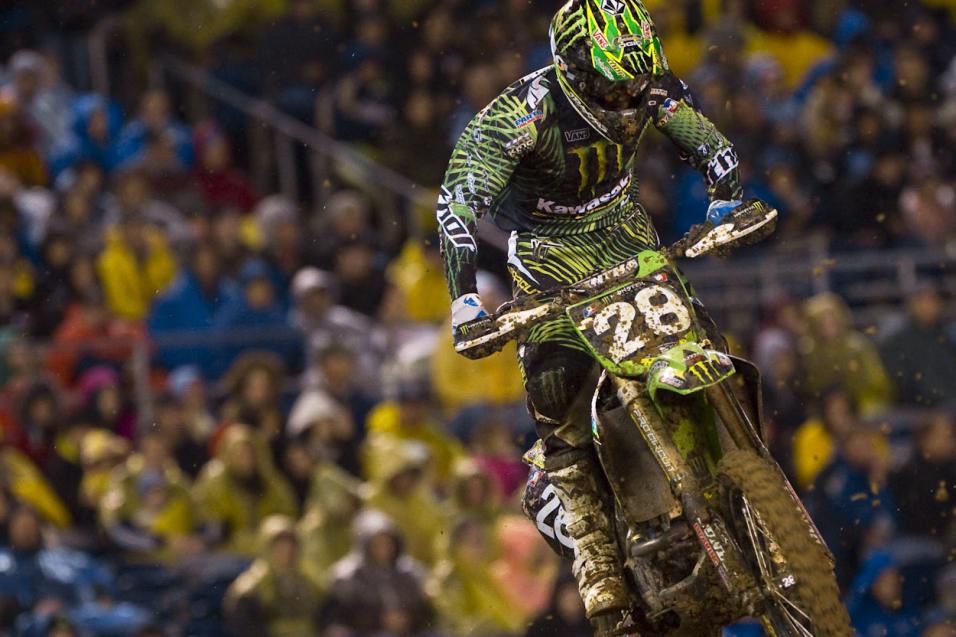 Even though Tyla Rattray is a seasoned veteran in the world of motocross, injuries have kept him out of the supercross game until now, and 2011 would mark his first attempt at contesting Monster Energy AMA Supercross.

Rattray started the season out by taking third at the opener at A1, but had since been unable to get back on the box. Still, when you take into account the fact that he was riding with a cracked bone in his hand, his sixth, fourteenth, and fifth place finishes in Phoenix, Los Angeles and Oakland, were quite good. True, his season may not have been going exactly how he wanted it to, but the South African was holding it together, especially with the volatile nature of the Lites class taken into consideration.

Then, disaster struck at A2. Well, technically it struck before A2, on press day. Ratters had a nasty get-off that left him with back spasms, and was in no condition to race. He was in the pits on race day, and just by watching him try to walk short distances, it was easy to tell he was in pain. His gait was so stiff he looked like a toy robot about to run out of batteries. 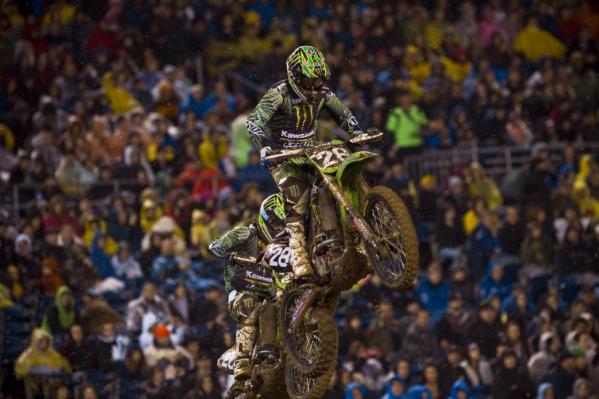 Smash cut to San Diego, two weeks later. Just as practice was getting underway, the skies opened up and the rain started to fall, creating a slick, treacherous mess of mud and ruts; not the kind of track you want to see if you are coming back from injury. But Styla dug deep and found a way to pull a positive result out of what seemed like a negative situation. After qualifying sixth and taking fourth in his heat race, he finished second in the main, despite immense pressure from Broc Tickle and Cole Seely.

It was the best supercross result of his career, and an inspirational one at that. He’s still learning the SX game. If Rattray can bounce back to a second place finish a mere two weeks after not even being able to bend over, what will he do when the series resumes a month and a half from now in Seattle?