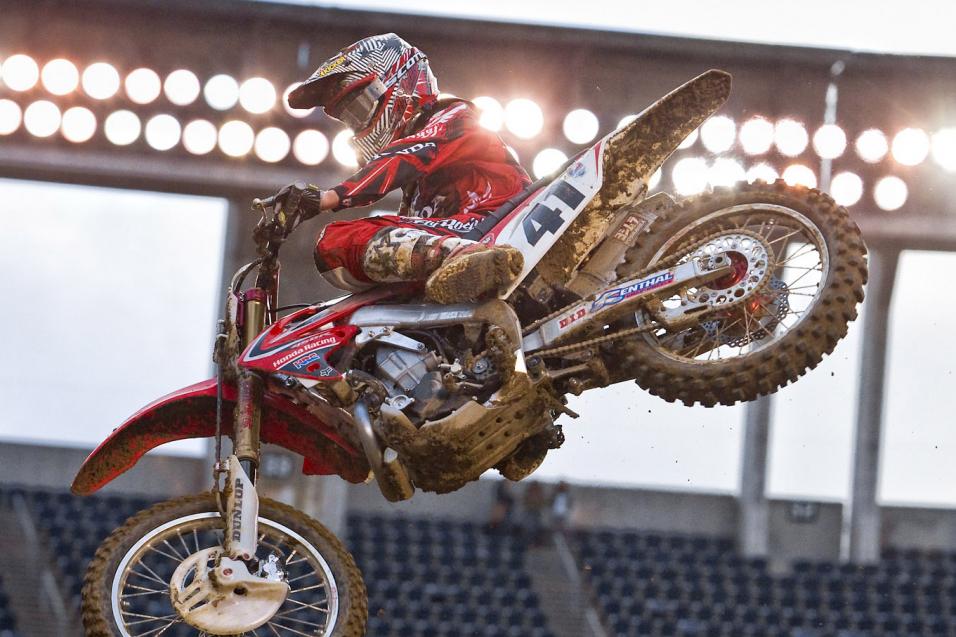 Good evening race fans, and welcome to this delayed practice report from San Diego. This report comes to you later than normal, because practice itself took place much later than normal; the threat of rain kept the track covered until the last possible second. As a result, free practice was eliminated, although the riders still received two timed practices per group.

The track crew did a fantastic job of keeping the track relatively dry, but just as the first practice rolled out, the rain started coming down. The track tonight features two short whoop sections, a long start ending in a sharp left-hander, and does not have a sand section. There are a few corners that could make for some extremely aggressive block-passes, and if the rain comes back, maintaining momentum through the slick rhythm sections will be key.

The first Lites session saw times starting high, and gradually falling as the riders became more familiar with the track. There was surprisingly little carnage, although Nick Paluzzi did manage to jump over a berm and off the track. The big news from this session was Josh Hansen, who was attacking at first, but later was seen rolling the track with his broken hand hanging loose at his side. He left practice early, and we’ll have more on that situation when information becomes available. Tomac set the fast time with a 58.597, followed by Ken Roczen (59.060), Cole Seely (59.628), Tyla Rattray (59.893), Kyle Cunningham (59.917), and Broc Tickle (1:00.146). 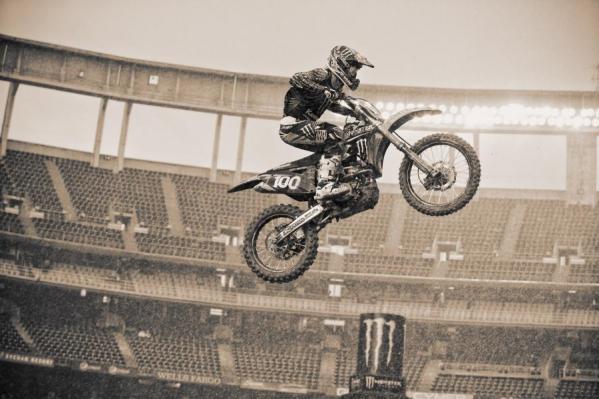 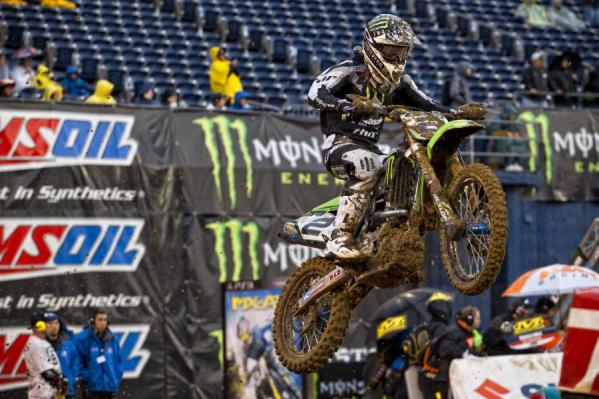 The track crew is now performing track maintenance, and if the rain stays away, we should have a decent track for the night show. If the rain returns, a lot could happen. Crazy stuff can happen in the mud, and tonight could serve as a chance for Dungey to make up some points and get back in the title chase. If things go horribly wrong, San Diego could also be the nail in his season’s coffin.

The same could be said for Josh Hansen, who impressed everyone at A2 when he gutted out the pain from a broken hand to win the Lites race. If the mud swings things his way tonight, he could retain the points lead. If the mud monster bites him and his broken hand, he could be left with a points deficit with only three rounds remaining in his season.

No matter what happens, San Diego has the potential to be a pivotal race in the 2011 Monster Energy AMA Supercross Series. Stay tuned to www.racerxonline.com, and follow us on twitter (@racerxonline) to keep track of all the action.